Home News & Events News In the Spotlight Join Us for Our First Fall 2015 Luncheon Series Event!

Join Us for Our First Fall 2015 Luncheon Series Event! 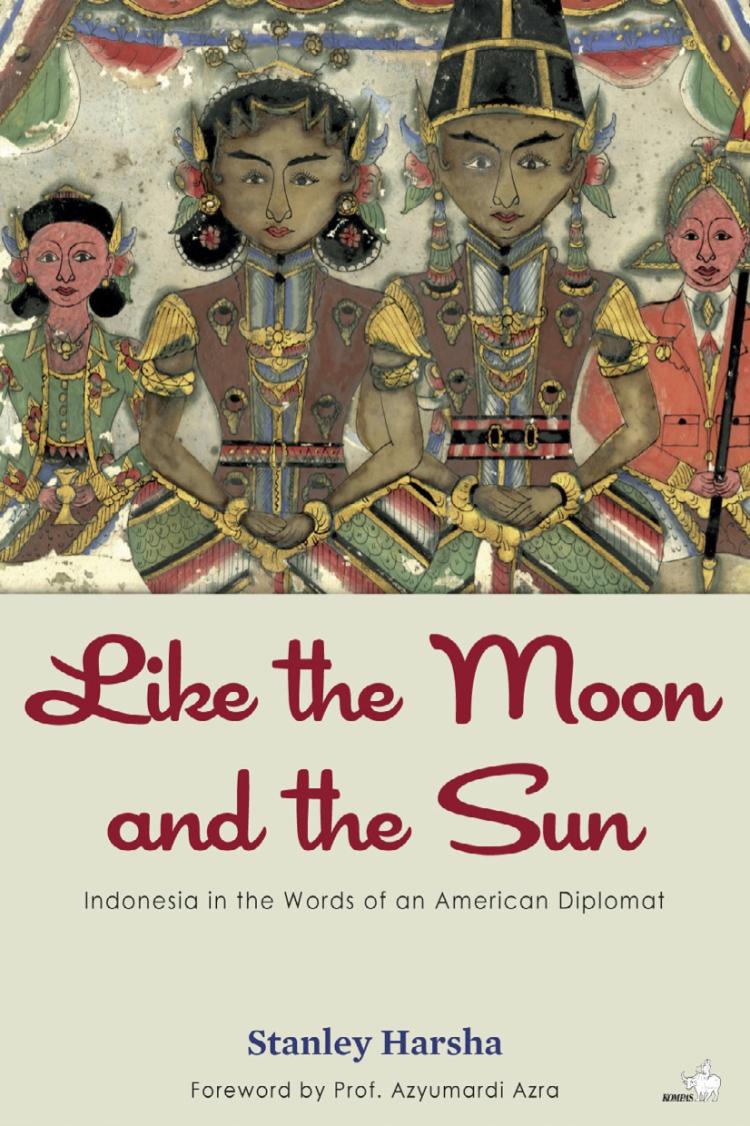 We are kicking off the Fall 2015 Luncheon Series with a talk by author and former diplomat to Indonesia, Stanley Harsha, on his new book Like the Moon and the Sun. Join us on Thursday, September 3, at 12:00 p.m. in the CAS Conference Room (1424 Broadway) for this interesting talk. Lunch will be provided for attendees.

This is a story of culture, religion and politics in Indonesia through the eyes of a former United States diplomat who had close connections to Indonesia for nearly 30 years. Stanley Harsha first came to Indonesia as a young diplomat in 1986, returning for multiple diplomatic tours before retiring and writing this memoir. Acculturated into a Javanese family through marriage, he offers intimate perspectives on Indonesia’s rich multicultural society and customs. This is the first book on Indonesia written by an American diplomat since a 1990 book by Ambassador Marshall Green. The book will be of interest to anyone wanting to better understand Indonesia and U.S.-Indonesian relations, as well as issues of human rights, the war against terrorism and religious tolerance.

Appealing for Indonesians and Americans to better understand each other, the book compares the two societies. The title, Like the Moon and the Sun, comes from an Indonesian proverb describing a perfect match, representing the yin and yang of two contrasting peoples and traditions enhancing each other. Based on first-hand experience, the author describes Indonesia’s peaceful transition from a dictatorship to the world’s third largest democracy, critically analyzing religious tolerance, human rights and the war against terrorism. The book explains why Indonesian Islam is tolerant and peaceful, traits that are shared with the United States. However, the book also is sharply critical of intolerant trends in both nations, Islamophobia promulgated by the Christian right in the U.S. and hatred fomented by a small minority of hardline Muslims in Indonesia.

The book also calls for human rights accountability in both countries, for past killings and kidnappings of civilians by Indonesian security forces, and for the torture and killing of terrorist suspects by U.S. security forces and the CIA. The author argues that while the U.S. war against terrorism has eliminated many threats, it also has created more terrorists than it has eliminated.

During his decades of experience with Indonesia, the author had close relationships with people across society, including the current President Joko Widodo, human rights leaders, cultural icons and religious leaders of all faiths. The author also knew victims of gross human rights violations and human trafficking, telling their compelling stories.

Indonesia’s prominent Muslim scholar, Azyumardi Azra, wrote in his forward to the book, “Stanley possesses information that is both varied and vast. He has mixed not only in diplomatic circles but also with journalists, intellectuals, religious figures, students, civil society activists, and also, with ordinary people.”  Stanley Harsha makes a plea to the world to understand how Islam is practiced in Indonesia, the world’s largest Muslim majority country, and “how this type of moderate Muslim culture represents Islam with a smiling face.”

Indonesia’s most respected human rights attorney, Adnan Buyung Nasution, wrote about the book, “His understanding of Indonesian culture and politics is impressive. This book should be read by anyone who is interested in learning about Indonesian relations with America.”

Michael Vatikiotis, Regional Director Asia, for the Centre for Humanitarian Dialogue, writes, “Stan Harsha has written a very personal account of his journey through Indonesia, as a husband, father and diplomat.”