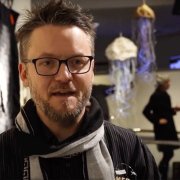 A group of six artists and technologists connected to the ATLAS community contributed to BLDG 61’s Maker Made 2022, which runs through March 28 at the Boulder Public Library. Zack Weaver, who played a key role in establishing the ATLAS BTU Lab and the show’s curator, says the inspiration for Maker Made goes back to his days at Carnegie Mellon with ATLAS Director Mark Gross.

END_OF_DOCUMENT_TOKEN_TO_BE_REPLACED 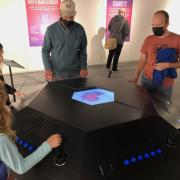 A group of 14 artists and technologists connected to ATLAS contributed to the Museum of Boulder’s newest exhibit, “Convivial Machines,” which opened Oct. 30. It's the first museum installation for Boulder Experiments in Art and Technology (B.E.A.T), founded by Jiffer Harriman (ATLS PhD '16).

END_OF_DOCUMENT_TOKEN_TO_BE_REPLACED 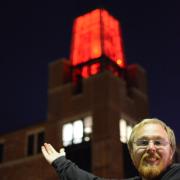 'Tis the season to geek out

Just in time for the holidays, ATLAS Institute is gifting control of its tower lights to anyone and everyone.