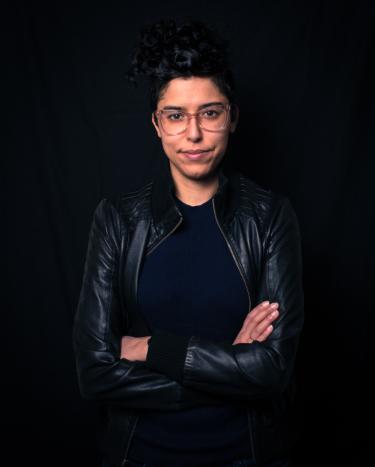 Sheiva Rezvani is a New York-based interaction designer, artist-researcher and creative technologist. She is a 15+ year veteran of digital media, beginning with television broadcasting and editing and eventually moving to design, photography and interactive media.

After working in digital media industries for 15 years, she founded GET.HIDEOUS, a "think, make and play tank that inhabits the world between technology, science, art & design."

In addition to pursuing her love of technology, Sheiva is a sociologist and researcher.  She holds a BA in sociology from the University of California, and a master's degree from New York University's Interactive Telecommunications Program. Part of her master's thesis from NYU Gallatin can be seen as the TEDx talk, “A History of Fashion and Science of Sex.”

She is a feminist, a sociologist and a fan of satire who, by a remarkable chance, was named ‘Sheiva’ after a phrase in Farsi meaning eloquence and charm; a last minute change from being named ‘Banafsh’ meaning ‘lavender.’ Ultimately, Sheiva is a nerd whose loves include creative coding, collaborating, pitching and teaching.