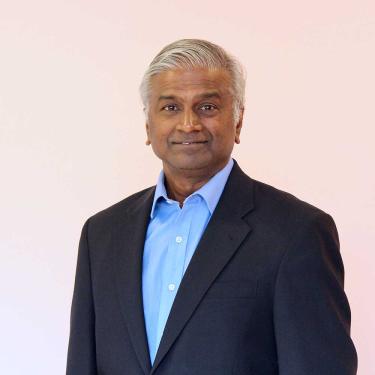 Ram Narayanswamy works at the forefront of digital imaging and computer vision. He has held technical and management leadership roles from start-up to Forture100 companies. Early in his career, he developed the benchmark test for cameras commonly known as the “slanted-edge MTF test,” now widely used all over the world. He was an early member of CDM Optics, a start-up acquired by Silicon Valley-based OmniVision Technologies that pioneered the field of computational imaging. While at On-Semiconductor, Intel-Labs and Occipital, he developed multi-camera systems for 3D sensing and immersive experiences. His work at Intel Labs led to one of Intel’s RealSense multi-camera systems which won the "Best of CES 2015" award. Currently, Ram is president of Teaq Innovations, a company dedicated to bringing the advances in imaging and data analytics to a range of industries including robotics, healthcare, fintech and infrastructure.