The work of chemists permeates almost every aspect of modern life, from engineering life-saving vaccines and medicines to supporting industry, agriculture, material science and the energy sector.

Given the importance of their work, it’s a little surprising that in an age of automation, some of the most time-consuming tasks chemists perform are accomplished much as they were a century ago: Lab processes are often manual and repetitive, and they frequently require a great deal of low-level task monitoring. Efforts to change this have been limited, primarily because chemistry labs are such high-risk environments—toxic chemical exposure, fires and explosions lead to tens of thousands of injuries each year.

However, a team of researchers at CU Boulder was recently awarded $1.8 million by the National Science Foundation for a project, titled "Human-Robot Collaboration for the Future of Organic Synthesis," to help change this. Led by Carson Bruns, assistant professor of mechanical engineering with the ATLAS Institute, the team aims to shift some of the most time-consuming tasks to robots by developing new, open-source robot software and innovative hardware designs.

“Our goal is to develop technology that can be the hands of the chemists,” says Bruns, “freeing them up so they can do the hard cognitive work that only people can do.” Advances in robotic chemistry assistants could help transform synthetic chemistry worldwide, accelerating progress in critical fields like biomedicine, material science, and energy production and storage.

Divided over four years, the award falls under the Future of Work at the Human-Technology Frontier, an NSF initiative focused on augmenting human performance by developing more sophisticated human-technology partnerships. Bruns’ principal CU-based collaborator is Alessandro Roncone, assistant professor of computer science at CU Boulder. A third partner on the project is Dan Szafir. A colleague of Bruns’ at the ATLAS Institute until Spring 2021, Szafir is now an assistant professor of computer science with the University of North Carolina Chapel Hill, where his work will be supported with $600,000 of the total award amount.

This isn’t Bruns’s first foray into chemistry-related automation. For the last three years, a PhD candidate he advises, Kailey Shara, has been developing a lab robot that automates repetitive chemical reactions. Her latest prototype is able to heat, cool and stir precise quantities of wet and dry reagents—technology she's commercializing with the launch of a private company, Chembotix, which won awards from CU Boulder’s New Venture Challenge (first place) and, in November 2022, Lab Venture Challenge. 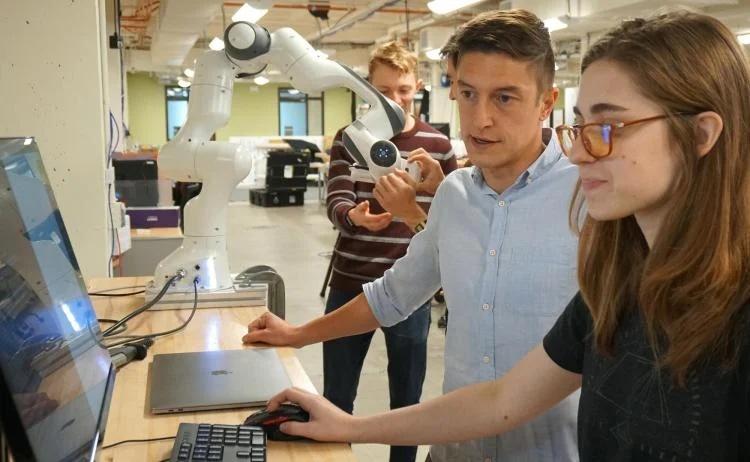 Alessandro Roncone works with a student in his lab, the Human Interaction and Robotics Group.

Complementing Bruns’ knowledge in chemistry automation, Roncone brings critical skills to the project with expertise in human-robot interaction. Director of the Human Interaction and Robotics [HIRO] Group in the Department of Computer Science, Roncone specializes in developing robotic technologies that facilitate close, natural and extended cooperation with people.

However, designing a robot that can operate alongside people in cluttered and crowded spaces where dangerous chemicals are present, is no small challenge. Most mobile robots currently rely on visual cues for navigation, but when objects or people obscure lines of sight, visual information has limitations. To address this issue, Roncone plans to incorporate a flexible artificial skin on the robot that is equipped with accelerometers, along with proximity and pressure sensors. “For a robot to be effective in this context, its actions must build confidence and trust,” says Roncone. “It’s not enough that it never collides with anything or anyone; people must also feel comfortable and safe working alongside it.”

They will be adapting a sophisticated commercial robot that was purchased in 2019 with funds from a joint proposal submitted by Szafir and Bruns. While still at ATLAS, Szafir used the robot for several studies aimed at developing software to facilitate robot-human collaboration: One focused on improving a robot’s ability to select specific objects in a cluttered space based on verbal cues from a human. Another was aimed at helping robots recognize active group conversations that should not be interrupted. Szafir’s role will be to continue this work, shaping software to achieve the team’s objectives.

Final confirmation for the award came through from the NSF in September. It was a moment to celebrate to be sure, and also the moment when aspirations become a concrete challenge.

The team begins with a deep well of relevant experience and knowledge, and their work has the potential to accelerate chemistry research in many different fields. It will also have wide-ranging impacts on similar development in other fields—a robot that is able to move around a crowded chemistry lab, performing useful tasks while safely handling dangerous chemicals will be capable of many less challenging tasks. Lego in the Lab workshop for middle school girls

Kailey Shara, who indirectly supported the Human-Robot Collaboration for the Future of Organic Synthesis proposal through her extensive work in chemistry automation, also provided inspiration for the outreach component of the NSF-funded project. Shara’s first chemistry automation prototype (pictured above) was made almost entirely of LEGO parts, prompting the team to include funding for an outreach-oriented LEGO in the LAB Workshop for middle school girls. LEGO robotics played an important role in guiding Shara into STEM, and it's hoped the program will cultivate similar interests for more young women over the next few years. 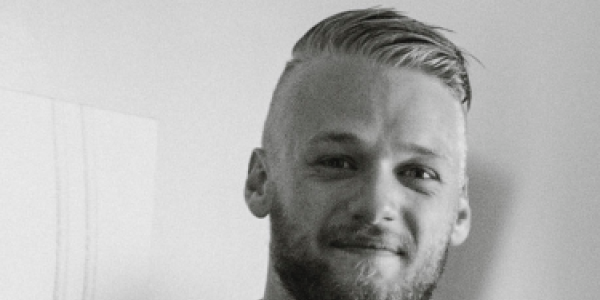 The ATLAS Institute is delighted to welcome Anthony Pinter to the CU Boulder faculty this... END_OF_DOCUMENT_TOKEN_TO_BE_REPLACED 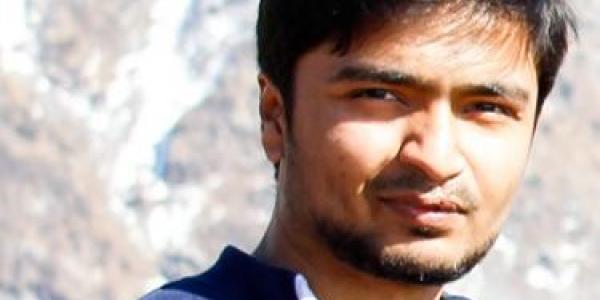 Normally virtual surfaces cannot be felt because they aren't there. But at Reality Labs Research at Meta, (previously known as Facebook), ATLAS PhD Student Purnendu is researching soft, wearable devices–such as wristbands, rings or gloves –that could enable tactile sensations in virtual/augmented reality environments. END_OF_DOCUMENT_TOKEN_TO_BE_REPLACED 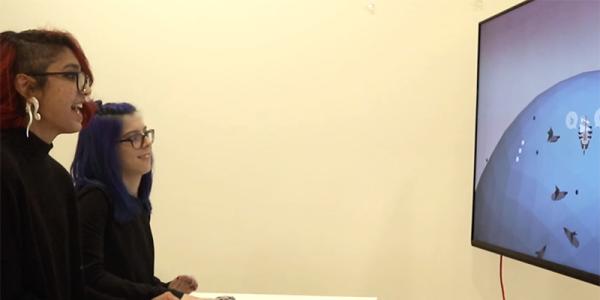 Hot Swap: All Hands On Deck is an old-school naval battle with interchangeable controllers

Gamasutra asks ATLAS graduate students Peter Gyory and Clement Zheng about their fast-paced, multiplayer, collaborative game soon to be featured in the Game Developers Conference in March. Held in San Francisco, GDC is the largest game developers conference in the world, attracting 28,000 attendees. END_OF_DOCUMENT_TOKEN_TO_BE_REPLACED
Return to the top of the page