Everyone: this is LeeLee, the BTU’s lab assistant. You can find LeeLee helping facilitate the BTU Lab, restocking our desk spaces, and building projects to make the BTU Lab even more awesome. If you’re in the lab, be sure to say hello! You can get to know LeeLee through her brilliant You Tube videos. You just watched that one and thought it was awesome, guess what…. She’s got a whole channel! LeeLee’s videos are informative, fun, and always contain her signature dance moves – they are exactly what the tech field needs. When she’s not in the BTU lab, she’s busy being a CS major, twirling with tech, or ice skating; though you can always find her on Twitter @LeeLeeTTG. 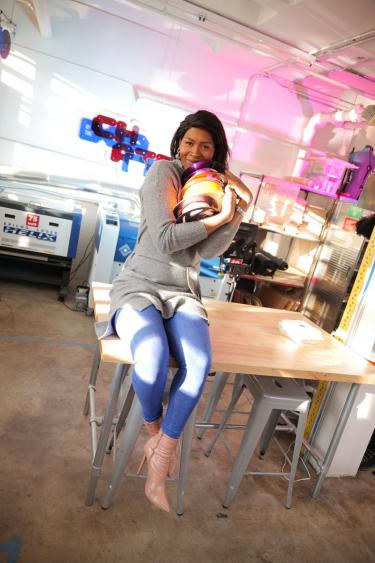 I sat down with LeeLee and asked her some questions:

Alicia: What drives you to create?

LeeLee: It’s a combination of things. I do a lot of creating as a result of necessity, and resource scarcity. People that don’t have a lot need to make something out of nothing, you have to make things materialize, you can’t just go buy stuff. You have to know how to break apart the things in the world and figure out all the different parts. The first time you accomplish that, you actualize it, and you might not know how to make it happen again, but you feel so empowered it leads you to replicate breaking more things apart and understanding how they work. Another part of creating is having an active imagination. My imagination fills in the blanks. The world is full of a lot of that blank space and when I’m looking at the world, and I want to act on that.

Alicia: You are majoring in CS, what made you pick up hardware?

LeeLee: Boredom. I had taken a coding degree from Turing School and graduated in 2018, but I had a harder time than everyone else in my cohort finding a full time job. So I came to CU. At CU when I was taking my prereqs, I was taking the same classes I did at Turing. So I was bored. Then the Correll Robotics Lab (shout out to Nicholas Correll) invited me to his robotic lab, and I learned how gratifying robotics was. My mind started filling in that empty space, and simulated all these ideas of ‘oh we could put that on a costume’. So I did that by taking the Wearable tech class taught by Mark Gross, which touched on the basics of a bunch of stuff I didn’t have experience with. Because of those projects, I was able to see myself take an idea and implement it. That got the ball rolling for my interest in hardware. But I still don’t consider myself a hardware person, when I go back to software, it’s like riding a bike. It’s empowering, there’s a level of grace in coding. I’m so poised in software, with hardware I still feel like I’m learning as I go, which is the exciting piece and that’s what keeps me coming to the BTU.

Alicia: What project that you are currently most excited about?

LeeLee: I’m working on a Storm cosplay where I can have lightning in my hands with mini tesla coils for a drag show for Halloween. I’m also really stoked about a forthcoming Godzilla costume that’d I’d like to have an actual flamethrower in my mouth. But I also became the mother of a ballroom house, House of LaBeija, which is an underground dance style and culture for queer and trans folks of color who have been misplaced from their home, mistreated, or abused. The ballroom women in NYC reached out and got me started, so I now have 10 children who are looking up to me for advice, security, and encouragement. And I feel more empowered by being put in a situation where it’s my job to encourage others that look like me. That’s the impact I want to have in all the things we do. We have balls, or dance battles, where everyone creates their own costumes and effects and allows me to show wearable tech to trans people of color and see themselves in these environments, so it feels like a win-win and feels like a great next chapter in my life.

Alicia: What are you excited about working on at the BTU Lab?

LeeLee: The BTU sign. There needs to be a blatant indicator of what this lab is. It’s going to be backlit with LEDs and will be bold and bright. It will brand the space in this beautiful way, like a homing device that brings people into this space. It will be an inspiration and a focal point. It will afford people the possibility to be explicit about where they are and the intions and legacy and a point of pride for this to be in the back of social media pictures. It’s popping. I’m excited to have that influence, that one thing might be here for a long time after I’m gone.

Alicia: What do you want to tell people about the future of the BTU Lab?

LeeLee: The future while I’m here? Expect a matriarchy.  Expect to see a lot of fabulousity, not that it wasn’t already, but it’s about to get real gay up in here, and you’re welcome for that. 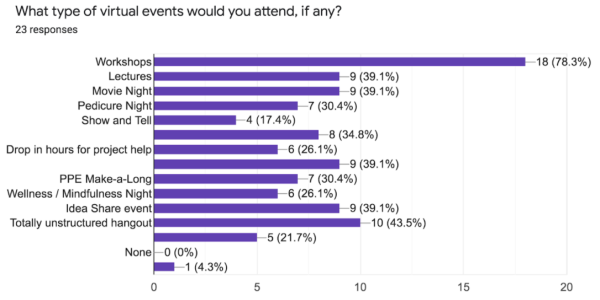 Thank you for taking the time to respond to the BTU Fall 2020 Survey !... END_OF_DOCUMENT_TOKEN_TO_BE_REPLACED 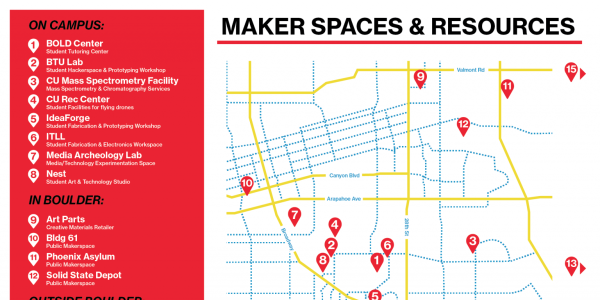 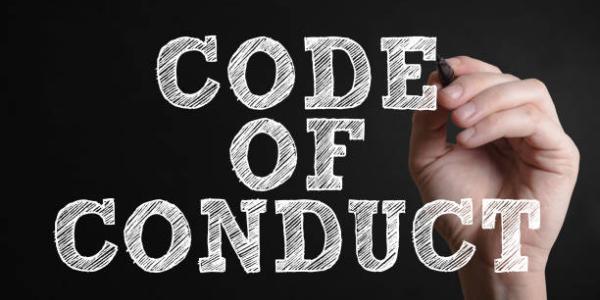 How to Write a Code of Conduct

By LeeLee James and Alicia Gibb A Code of Conduct (CoC) should be treated as... END_OF_DOCUMENT_TOKEN_TO_BE_REPLACED
Return to the top of the page