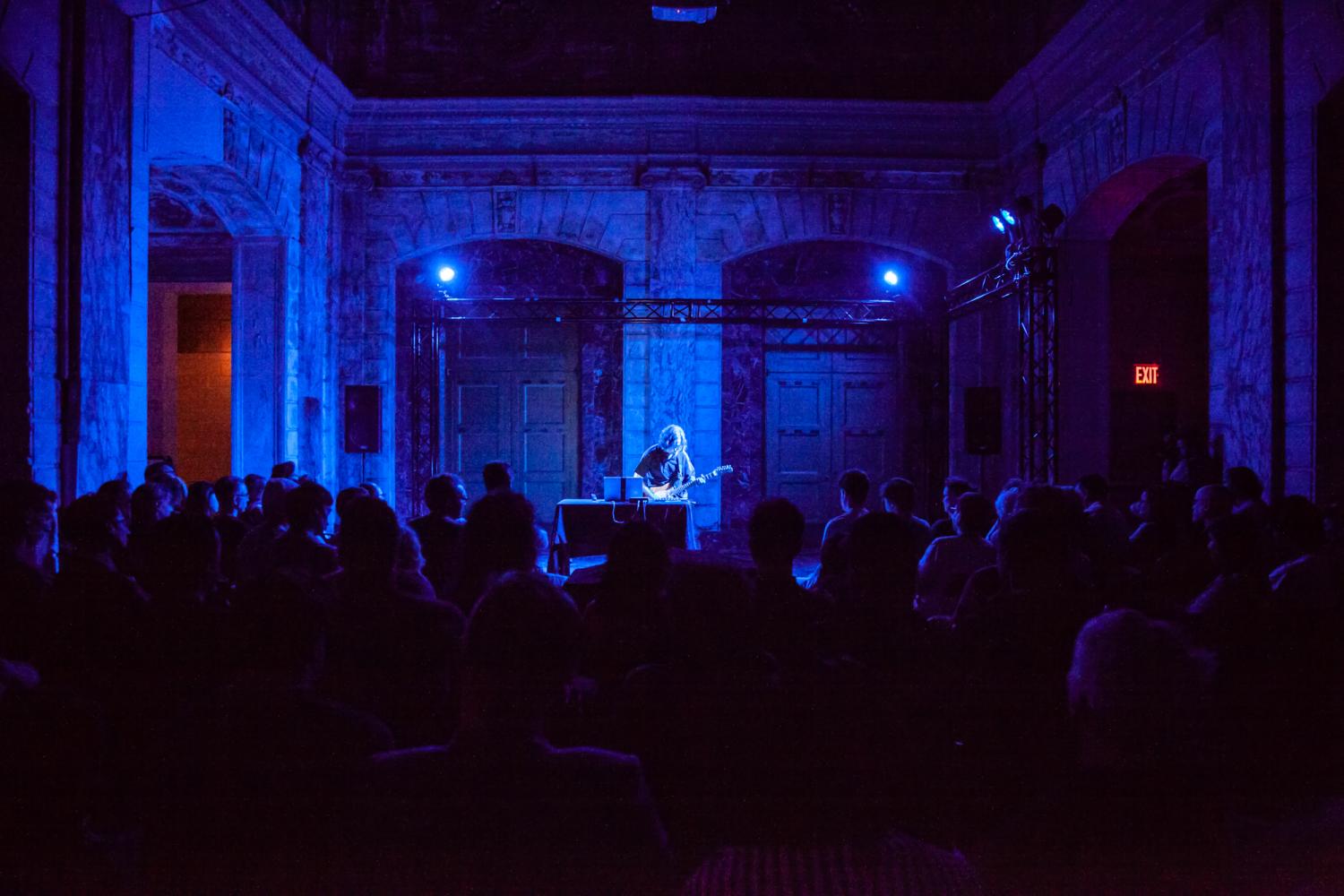 Michael Theodore had a busy and interesting summer, first performing alongside a major figure of the sound art and experimental music scene, Francisco López, in a sold-out show at Issue Project Room in Brooklyn on June 26. The performance was reviewed by The New York Times, where Michael’s performance on electric guitar and electronics was described as "pleasantly spacey."

Michael’s 4-channel sound installation, “New Atlantis,” also premiered on Governor's Island in New York City, May 25 to Aug 13. The piece was inspired by Francis Bacon's 1626 work of speculative fiction of the same title.

His silent video work, “Why Time,” was exhibited from July 6 to 31 at CU Boulder’s TECHNE Lab’s group show at Made in NY, in Dumbo, Brooklyn, a collaborative workspace and community. 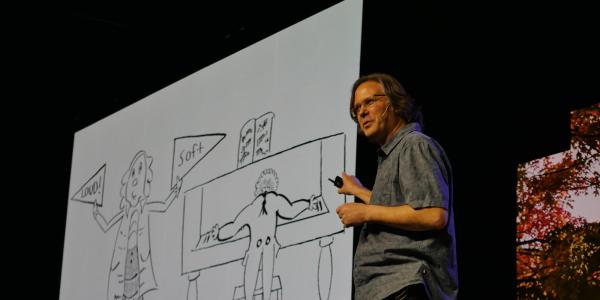 The director of ATLAS Institute’s Center for Media Arts and Performance travels to Washington D.C. to discuss the special relationship artists have with technology. END_OF_DOCUMENT_TOKEN_TO_BE_REPLACED 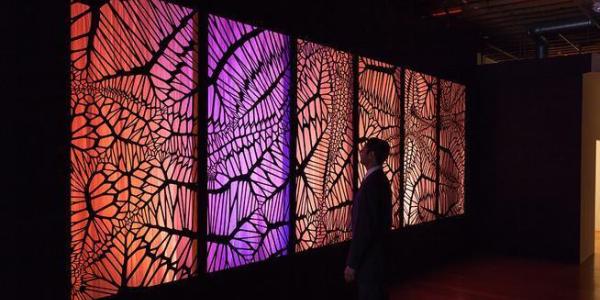 Michael Theodore’s art machine is as smart as you are

Michael Theodore, director of the ATLAS Center for Media Art and Performance, has created an installation,"Supraliminal," that senses its viewers. END_OF_DOCUMENT_TOKEN_TO_BE_REPLACED 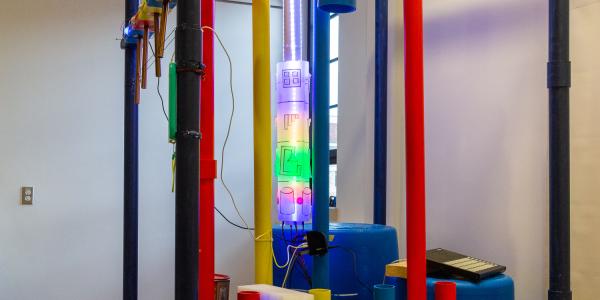 Jam Station, an interactive project created in ATLAS Professor Ellen Yi-Luen Do's Music Technology and Wellness class, was chosen as one of several installations being displayed at Maker Made 2020, a gallery show at Boulder Library’s Canyon Gallery. END_OF_DOCUMENT_TOKEN_TO_BE_REPLACED
Return to the top of the page