'Tis the season to geek out Just in time for the holidays, ATLAS Institute is gifting control of its tower lights to anyone and everyone.

Using a smart phone or computer, you too can change things: Make the lights flash green and red for the holidays, send secret messages in Morse code across campus—the possibilities are endless.

“It’s pretty fun to see people play with it,” says Slaton Spangler, a longtime lab assistant in the institute’s Blow Things Up Lab, who built the website and put the hardware in place. “A lot of people at ATLAS work on interactive experiences. This is a novel one: People can control this giant light.”

When Spangler first approached ATLAS Director Mark Gross with the idea, Gross was enthusiastic: "Heck yes, you can hack the tower."

Spangler devised the system, which uses two credit card-sized microcontrollers to interpret user instructions from the website and signal the LED arrays to change color and flash. From the website, users can define color, duration and transition type. For example, blue for two seconds might “snap” to red for one second, before fading to green for three seconds. For those so inclined, it’s possible to bypass the website and just send code directly to the tower microcontrollers. However the code arrives, the system will loop through the latest sequence until someone sends a new one.

The roughly 18-foot tall glass tower, which was included in the 2006 construction of the ATLAS building, was conceived as a landmark in the middle of campus, says Bobby Schnabel, founder and longtime director of the ATLAS Institute.

Previously, there were five pre-programmed color sequences to choose from; changing those patterns required going up to the roof, climbing into the tower and working with outdated software.

Spangler says this is only phase one, and he looks forward to hearing where future hackers take the project: blinking lights to the beat of a favorite song, broadcasting tomorrow’s weather using open source data feeds and intuitive color coding are just some of the possibilities.

Everyone is welcome to figure out the next steps. He's written a manual. And because the documentation is open source, anyone can replicate and modify the project elsewhere.

Spangler will soon be moving on to support interactive projects at the esteemed Meow Wolf art collective in Santa Fe, New Mexico. First established in 2008 by local artists, Meow Wolf moved into its first permanent facility in March 2016,  a gift from Game Of Thrones creator George R.R. Martin.

“People who hang out in the BTU lab end up doing amazing things,” Spangler says. “I learned many of the skills for the tower project from doing my own projects in the BTU Lab, and from helping other students.”

How would he feel if people around the world started playing with the lights?

“I would love it to get outside the CU Boulder campus,” he says.  “The more, the merrier.” 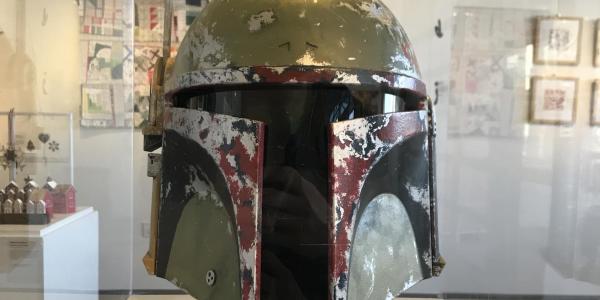 A group of six artists and technologists connected to the ATLAS community contributed to BLDG 61’s Maker Made 2022, which runs through March 28 at the Boulder Public Library. Zack Weaver, who played a key role in establishing the ATLAS BTU Lab and the show’s curator, says the inspiration for Maker Made goes back to his days at Carnegie Mellon with ATLAS Director Mark Gross. END_OF_DOCUMENT_TOKEN_TO_BE_REPLACED 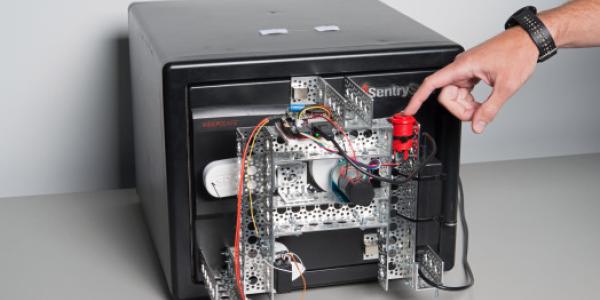 Students in a new ATLAS class are stretching their technological and design skills by taking on a challenge straight from a heist movie. END_OF_DOCUMENT_TOKEN_TO_BE_REPLACED 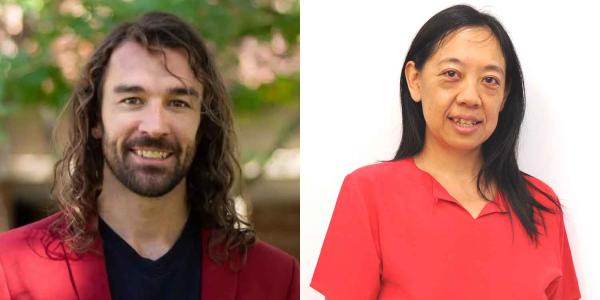 Praised by their graduate students for their scientific competence, work ethic, creativity and compassion, two ATLAS professors received Outstanding Faculty Mentor awards from CU Boulder’s Graduate school on May 3, an honor bestowed this year on only 18 faculty members campus-wide. END_OF_DOCUMENT_TOKEN_TO_BE_REPLACED
Return to the top of the page