Bridging the gap between space and terrestrial robotics

It’s a story that Dan Szafir, assistant professor for the ATLAS Institute and Computer Science Department, tells to explain the unique problems that scientists face when launching robots into distant and harsh space environments.

Space equipment needs to be more durable and reliable, which makes researchers risk averse, he says. Despite the challenges of their work, researchers working on robots launched into space don’t often connect with those working on terrestrial robots, where the stakes are lower and the pace of innovation is faster. It’s a costly disconnect, and to help turn that around, he and three CU Boulder colleagues—Nisar Ahmed and Jay McMahon of the Ann and H.J. Smead Aerospace Engineering Sciences Department, and Christoffer Heckman of the Computer Science Department—helped organize a one-day workshop in July during the Robotics: Science and Systems conference at the Massachusetts Institute of Technology.

“We opened some eyes to the challenges in space,” Szafir says.

Those challenges also include transforming algorithms for state-of-the-art hardware so they also work on older hardware. Space robotics run on older hardware because robots launched into space need a higher degree of certification, which takes time.

Looking ahead, scientists have plans for robots to land on the far side of the moon, on remote asteroids and on Mars, to prepare for human missions.  To be ready, a lot of innovation is required, and hopefully Szafir and his colleagues are pointing to a new model that can quicken the pace. 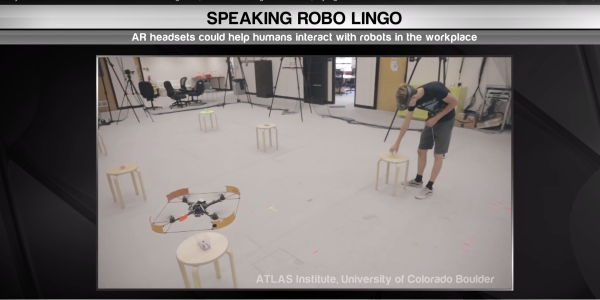 Research from ATLAS Institute's IRON Lab involving utilizing augmented reality to gain information about a robot's intended path of motion was featured on the globally broadcast program, "Beyond Innovation." The program features the latest business and technology trends. END_OF_DOCUMENT_TOKEN_TO_BE_REPLACED 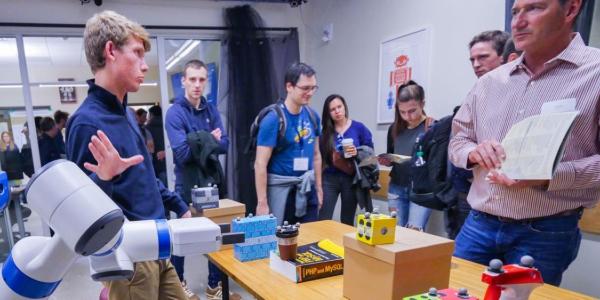 Research that helps robots understand gestures and the often vague nature of language will pave the way to mechanical beings taking on human tasks, from assembling children's toy castles on Christmas morning to caring for elderly relatives, says Dan Szafir, assistant professor at the ATLAS Institute and director of the IRON lab. END_OF_DOCUMENT_TOKEN_TO_BE_REPLACED 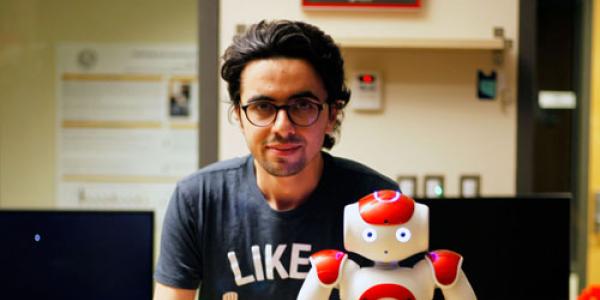 Hooman Hedayati, a computer science PhD student in the ATLAS Institute’s IRON Lab, was awarded an Outstanding Research Award by CU Boulder’s Department of Computer Science. END_OF_DOCUMENT_TOKEN_TO_BE_REPLACED
Return to the top of the page