Meet one of the BS TAM program’s first grads

Meridith Richter’s journey from creative writing, to computer science, to the ATLAS Institute’s Technology, Arts and Media (TAM) program was one of self-discovery. Four years ago, she would never have guessed her first job out of college would be teaching 10 to 15-year-old girls how to write JavaScript and make videos to promote social movements, but in a few weeks she heads to the University of Washington in Seattle to do just that.

I am a storyteller.
I expected to study creative writing or film. Midway through my freshman year at the College of Charleston, in South Carolina, a friend asked me to take an intro programming class with her.

I did it on a whim. I always thought programming was out of my league, or that it wasn’t going to give me the creative outlet I craved. I learned quickly, however, that with code I could absolutely be creative. It was so satisfying to actually make something, and make it work, instead of just talking or writing about it.
The next year I transferred to CU Boulder as a computer science major, taking film and music technology classes along with a computer science curriculum.

One day it hit me: I could not see myself as a software engineer inside a cubicle surrounded by dudes in other cubicles. I felt like quitting.

Then, the BS-TAM major was announced. Not only could I apply computer science to art, digital media, music and live performance, I gained technical skills in web design, physical computing, digital audio and film production.

TAM = ME!
To become a TAM major, I had to transfer into the College of Engineering and Applied Science, so I loaded my summers with ATLAS courses, math and physics. It was a struggle, but it was where I wanted to be.

What I love about TAM is how unexpected opportunities emerge. I took the class, Climate Change and Film, because it fit my schedule. The class was excellent. I developed storytelling and digital production skills through filmmaking, and I also met scientists and artists whose work transcended the traditional boundaries of their fields. At the end of the semester, we held a film festival where my film placed first, and I was awarded the opportunity to work with the Inside the Greenhouse collective at CIRES. There I collaborated with another intrepid interdisciplinarian, Beth Osnes, assistant professor from the Department of Theatre & Dance, on her climate change musical, “Shine.” The digital documentation and online experience for the show became my TAM capstone project.

TAM provided the web design, film graphic design and programming skills to tell stories that are important to me across a variety of dynamic media. I gained the technical and practical skills to build a fire, and the environment provided the creative spark to ignite it. Instead of choosing between interests, I was able to take a variety of classes which fueled all of them. 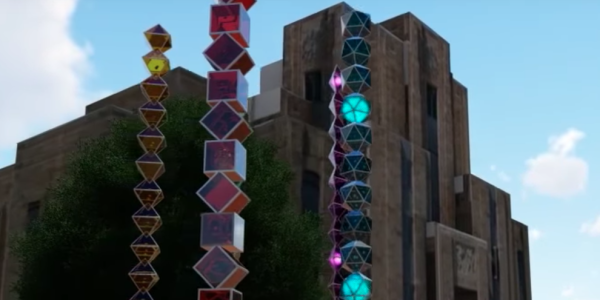 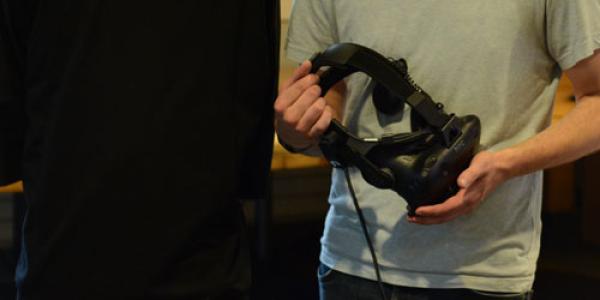 An ATLAS club has led to prestigious internships, a national hackathon win and permanent employment for some of its members. END_OF_DOCUMENT_TOKEN_TO_BE_REPLACED 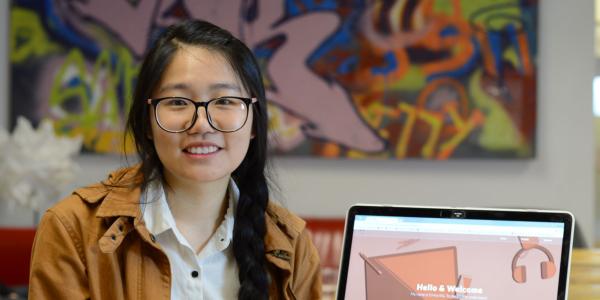 Triple major Emma Wu is ready for a little down time

Emma Wu is graduating on time, having completed three majors in three different colleges, a minor and working two jobs. She built her academic program around her TAM major. END_OF_DOCUMENT_TOKEN_TO_BE_REPLACED
Return to the top of the page