Diversity is important to the health of any ecosystem—whether it’s a coral reef or a university campus.

That’s the message Mike Gil, marine biologist and University of Colorado Boulder assistant professor of ecology and evolutionary biology, will deliver in an upcoming seminar titled “Coral Reefs, and Science, and YouTube, Oh my! How diversity can save the world.”

This event is scheduled as a Zoom presentation starting at 1 p.m. on Monday, Jan. 30. The event is free, but registration is required, at this link.

The presentation is part of the Let’s CU Well speaker series, which is part of Be Well, the College of Arts and Sciences’ wellness initiative. 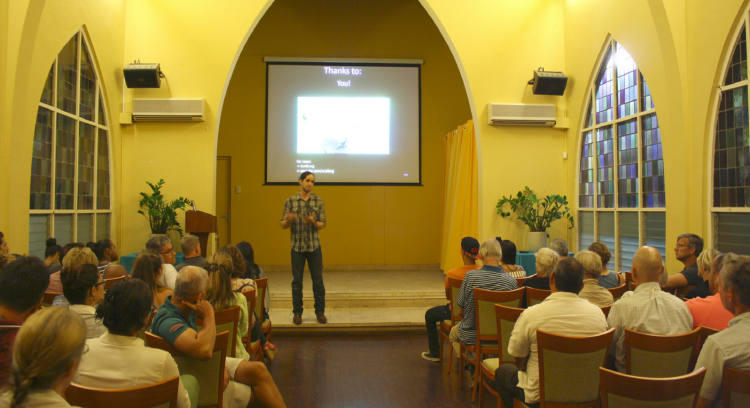 Mike Gil giving a talk at the University of Aruba.

Gil, who recently won a $3 million grant from the National Science Foundation (NSF), leads a research program that uses field experiments and mathematical modeling to decipher how natural ecosystems work and, thus, how we can better manage these ecosystems for their sustainable use.

Gil’s primary area of study is one of the most threatened ecosystems in the world: tropical coral reefs. Gil and his collaborators turn large areas of coral reefs into “natural observatories,” in which the behavior of every visible fish and invertebrate can be video recorded and—with the help of artificial intelligence—carefully tracked.

With such unprecedented data, Gil is discovering the hidden rules that govern animal decision-making and then using these rules to build more realistic mathematical simulations of ecosystems that can assist with natural resource management and conservation.

For example, Gil and his colleagues discovered that the behavior of a community of reef fish species is heavily influenced by their social networks and that when we account for these social connections the ecosystem behaves dramatically differently in the long term than we thought. 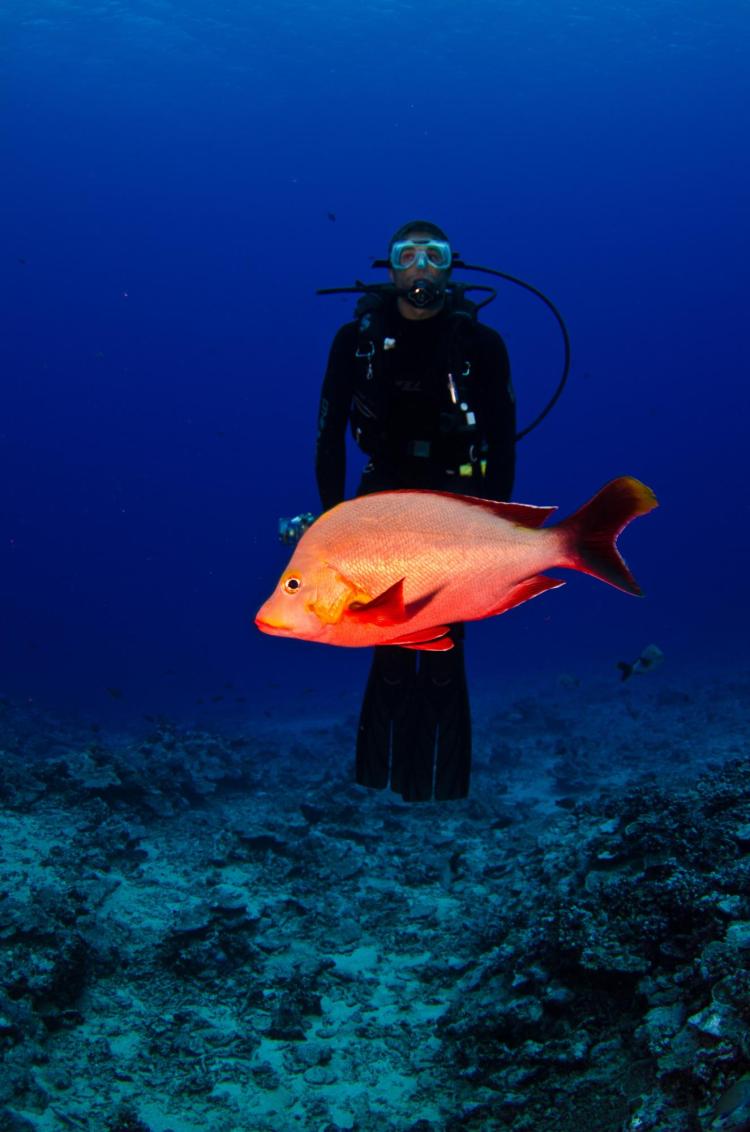 With the NSF funding, Gil and his team will examine the role that diversity in fish social networks plays in the greater ecosystem.

“We already see striking differences in the behavior of different fish species within the same social network. For example, some species appear to be more vigilant—more responsive to threats, while others seem to lead surrounding fish to safe feeding grounds.”

“This diversity in behavioral roles could give rise to substantial effects at the ecosystem scale, especially when we consider such practices as overfishing that can drive local extinctions of certain fish species,” he says.

Gil hopes that his team’s research can play a role in preserving coral reefs for the estimated 1 billion people whose livelihoods depend on these ecosystems.

“We cannot forget that coral reefs are not just gorgeous, inspiring places to visit or to watch on TV, but they are responsible for the health and well-being of entire regions of people, especially in developing tropical nations—some of the most vulnerable people on the planet,” Gil says, adding:

“The role that diversity plays in the functioning and persistence of coral reefs remains an open question, but one that we now have the technology to address in new and exciting ways.”

In talking about diversity, Gil highlights his own unlikely road to becoming a marine biologist. The son of a Latin American immigrant and raised by a single mother, Gil attended underfunded public schools outside of Houston, Texas, where he says schoolwork was drudgery because it was taught with a focus on passing standardized tests.

“So, I had no interest in science. I thought science was just a bunch of unrelatable facts,” he says. “What I was taught was the history of science—not the actual process of scientific discovery—and so I didn't even know what science actually was. How could I possibly know that I want to be a part of something that I never even got introduced to?”

Ultimately, Gil says that while he had no personal connection to science, he did love observing nature, albeit largely indoors. As a child, he spent countless hours watching National Geographic and Discovery Channel documentaries.

“I didn't even really know about the world of outdoor recreation, and certainly nothing about careers in biology, where you get to work out in nature. So, my experience was TV—through watching television and seeing nature, documentary-style,” he says. It was in college that his path to becoming a marine biologist became clear, he adds. 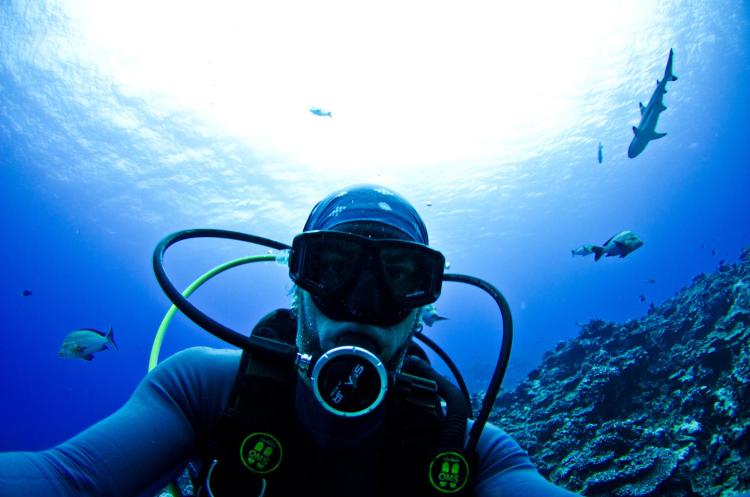 Under the water's surface, Gil takes photo with a shark in the top right corner.

“Starting as someone with no connection to science to becoming a scientist, leading cutting-edge research on coral reefs … it has been a very unlikely path,” Gil says. “But now I feel like I’ve hit the lottery. I get to live a really fun, exciting life, having adventures and visiting coral reefs around the world.”

With his background, Gil says it’s important to him to be a mentor to the vast numbers of people, who, like him, didn’t have access to an education that revealed what science really is or what opportunities STEM careers offer.

One way he’s done that is by creating SciAll.org, a mass communication platform using vlogging (video blogging) to humanize scientists and demystify the process of scientific discovery to make personal connections to STEM possible for all.

“There is a moral obligation to include more people in this exciting, adventurous life that we get to live as research scientists,” Gil says. 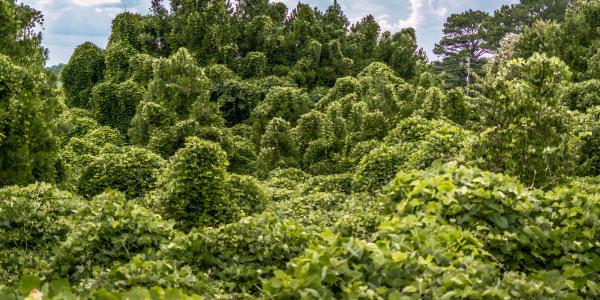 Plants from abroad can be a boon and a bane, expert says

Professor Deane Bowers to discuss ‘Globalization’s consequences for plant-insect interactions and the planet’s wellness’; event is the first of a series on wellness this academic year. END_OF_DOCUMENT_TOKEN_TO_BE_REPLACED 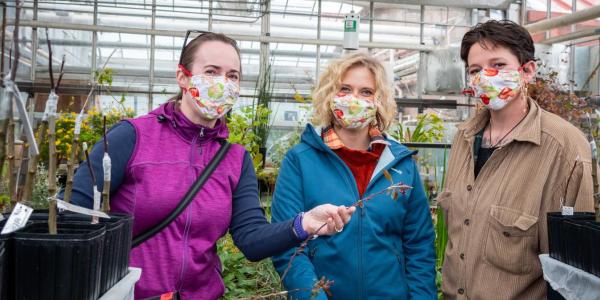 Join the Boulder Apple Tree Project this weekend to help preserve a unique local legacy, taste test apples and learn about the history of apple trees in the Front Range. END_OF_DOCUMENT_TOKEN_TO_BE_REPLACED 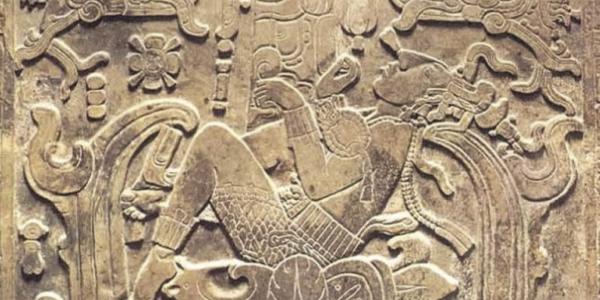 ‘Pseudo-archaeology’ is subject of anthropologist’s CU on the Weekend talk on March 16. END_OF_DOCUMENT_TOKEN_TO_BE_REPLACED
Categories:
Tags:
Return to the top of the page