Ernesto Acevedo-Muñoz, professor and chair of cinema studies at the University of Colorado Boulder, had never been a fan of movie remakes.

“I’m generally morally opposed to the concept of the remake, because it’s based on what I believe to be a flawed premise that contemporary younger audiences are not interested in (film) classics,” says Acevedo-Muñoz, author of West Side Story as Cinema: The Making and Impact of an American Masterpiece.

“I don’t agree. My experience in the classroom every day is the opposite of that.” He notes the marketing tagline for the 1968 re-release of the original movie: “Unlike other classics, West Side Story gets younger.”

Even so, Acevedo-Muñoz agreed in 2019 to serve on the Community Advisory Board for Steven Spielberg’s recently released (and now Oscar-nominated) remake of the 1961 cinematic version of West Side Story, which he credits for inspiring him to go into film study.

“The Community Advisory Board brought artists, intellectuals, teachers and historians, many from Puerto Rico and the Latino community, and other groups misrepresented in 1961 movie and the (original) show to offer feedback and advice,” he says.

After several months of Community Advisory Board meetings and consultations, Acevedo-Muñoz declared himself “cautiously optimistic” about the remake. Still, he was leery, warning that “the recent box-office track record of musical and other remakes suggests it could be a risky enterprise.”

He attended a private screening in August, under obligation to keep his counsel until the film’s premiere on Dec. 7. But now, after two and half years of consulting on the project, his time on the red carpet has arrived. His opinion?

“I’m very happy,” he says. Specifically, he gives a thumbs-up for: 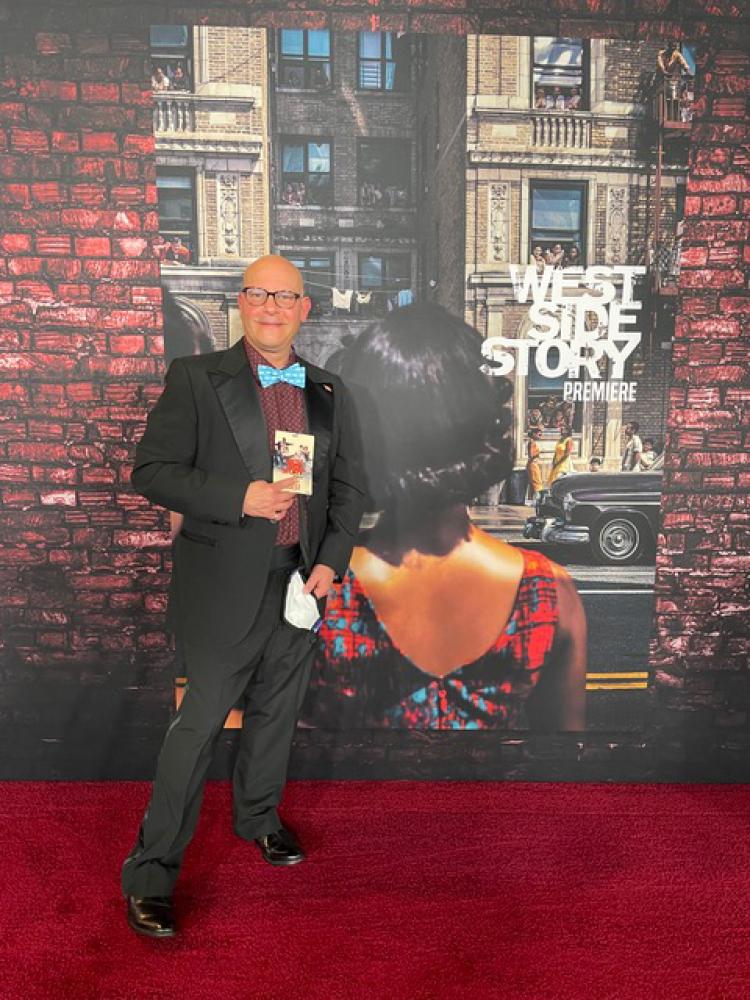 Ernesto Acevedo-Muñoz at the West Side Story premiere (Jenna Hoffman).

(Still, he recognizes that the plot is a bit silly, implausible, perhaps even histrionic: “Tony and Maria know each other for all of 24 hours!” he notes. Meanwhile, Romeo and Juliet, the teens whose tragic, impulsive romance inspired West Side Story, had a whole five days to cement the undying love that led to their deaths and those of many others in their respective clans. And he likes to open lectures about another implausibility with a classic joke: “Tony runs through the Puerto Rican neighborhood yelling ‘Maria!’ and only one girl comes to the window.” Ba-dum-tsss.)

Acevedo-Muñoz is especially impressed that the producers incorporated so many of the Community Advisory Board’s recommendations and suggestions into the final cut, including advice about “the musical landscape of 1950s New York City” and the look of the barrio, right down to the graffiti. Especially important, he says, was the producers’ decision not to use English subtitles for spoken Spanish, as recommended by most of the Community Advisory Board’s members.

“To use subtitles would in a way be ‘othering’ (Spanish-speaking characters) who are really central” to the film, he says.

He’s also pleased that the new version works hard to portray the Puerto Rico-born immigrants who make up the Sharks gang as “fully rounded characters with histories and personalities, not flat and unidimensional”—and, some critics argue, stereotypically violent—as they were portrayed in the 1961 version.

The movie examines the anti-Puerto Rican prejudice of police more fully and give more weight to Anybodys (a rough analog of Romeo’s servant and informant Baltasar Romeo and Juliet played by Iris Menas), portraying him as a complex transgender man, as opposed to caricature of a “tomboy” in the original.

Though Acevedo-Muñoz remains morally opposed to remakes, he says that West Side Story is a rare exception to the rule.

Through his contribution to the film, he got to meet members of the cast, including Zegler, DeBose and Alvarez. And was honored to be invited to the premier at the famous El Capitan Theatre—one of the elaborate, ornate “movie palaces” from Hollywood’s early days—where he hung out with Kristie Macosko Krieger, Spielberg’s long-time producer.

“Going to a Hollywood premier wasn’t on my bucket list, but when the bucket comes, that’s it. I wasn’t going to miss the opportunity,” he says. “Being on the red carpet, beneath that marquee, was fun.” 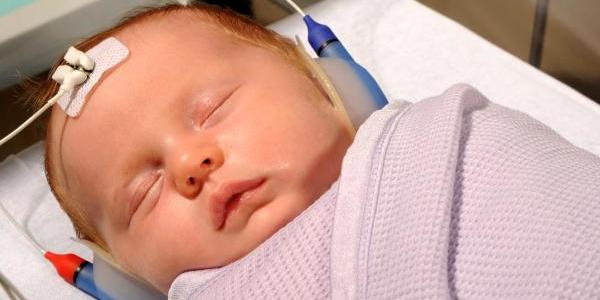 Children with hearing loss who are diagnosed by 3 months of age and receive interventions by 6 months develop a far greater vocabulary than those whose diagnosis and treatment come later, according to a CU Boulder study published this week in the journal Pediatrics. END_OF_DOCUMENT_TOKEN_TO_BE_REPLACED 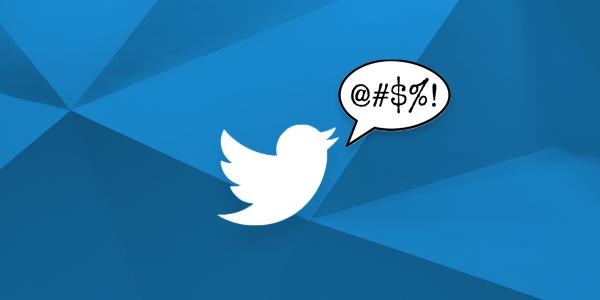 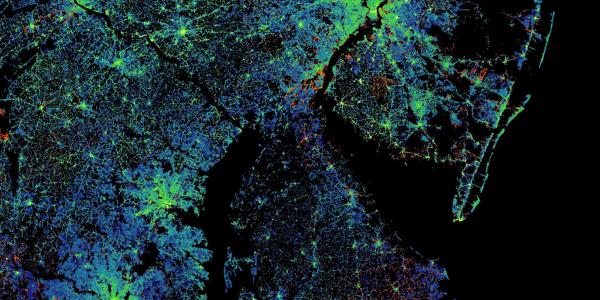 New research unravels the mystery of how our cities evolved into their present form. END_OF_DOCUMENT_TOKEN_TO_BE_REPLACED
Tags:
Return to the top of the page