The American West is often seen as a land of bounty and opportunity—but for many, that hasn’t necessarily been their experience.

It is those forgotten voices, highlighted by the song “The Line” by Bruce Springsteen, that inspired Darren Alberti (Law’18) to create his screenplay, “Crossing,” which won first place for graduate fiction category of the Thompson Writing Awards in 2016.

The Thompson Writing Awards, given out every year by the Center of the American West at the University of Colorado Boulder, recognizes writings related to the American West, and this year videos highlighting 2020. The center is accepting applications for the 2021 cycle, which closes March 15.

Just like its inspiration song, Alberti’s piece tells a story of love and morality in the context of Mexican-U.S. immigration. In the screenplay, a U.S. border agent falls for a woman from Sonora, Mexico, who tried to cross illegally, forcing him to navigate the tension he finds between federal immigration law and a higher, nameless law. He ultimately helps the woman and her son cross the border in the cover of night, only to never see her again. 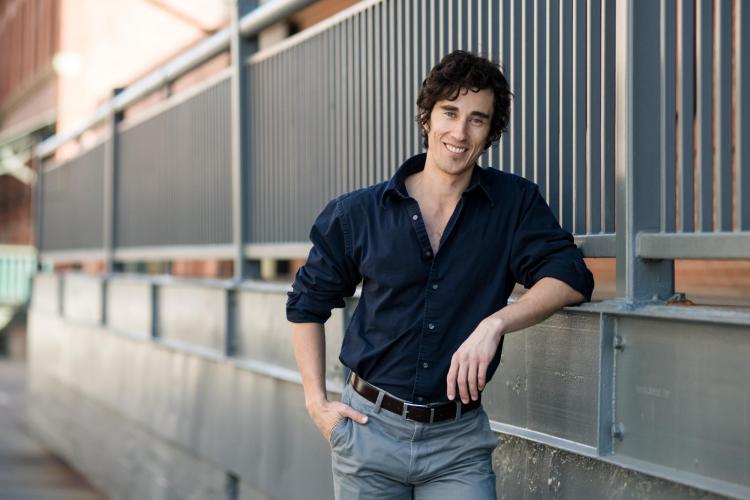 At the top of the page, the U.S.-Mexico border in Jacumba Hot Springs, California (Anthony Albright/Flickr). Above, Darren Alberti

For Alberti, now a lawyer in Denver, this wasn’t just an award—it was a beginning; one that he used to create a whole new playwriting, acting and directing program at a maximum-security women’s correctional facility. This eventually led to two stage productions performed by incarcerated women for the prison community, including an original play written by one of the women, in which Alberti also acted.

“To me, theatrical writing and performance—it’s such an incredible form of expression and such a shared, collaborative human art form with the magical ability to connect people. I wanted to bring that artform to this prison, but I knew it was bold and something of a long-shot—approaching a maximum-security facility about starting this program from scratch. Then, having this award on my resume where I could point to a screenplay that I wrote and say I won this award at the Center of the American West, it just definitely seemed to give me more standing and credibility than I would have had without it to do something that I very much wanted to do,” said Alberti, who is also building a body of work as a filmmaker and is currently submitting his first short film as writer and director, upekkhā, to festivals.

“In a beautiful way, I got to share a piece of theatrical writing, got recognized for it, and then that recognition in turn helped me bring the gift of the art form itself into a maximum-security prison.”

The Thompson Writing Awards, endowed by Jack (Hist’64) and Jeannie (Zool’64) Thompson in 2004, typically recognizes any kind of writing—fiction, poetry, creative or academic non-fiction, or memoir—from undergraduate and graduate students related to the American West, a vast area that includes anything west of the 100th Meridian, including Alaska and Hawaii.

This year, though, in addition to writing about the American West, the awards will also recognize video in a brand-new contest, titled “2020 Through My Lens,” which accepts any type of video reflecting on the year that was.

Altogether, this year, 11 $500 prizes will be awarded to CU Boulder students for their writing and video work.

Navigating risk in the high country

For Adrianne Kroepsch (MGeog’11; PhDEnvSt’16), who won as a graduate student in 2011 for her memoir “Boxing Season,” the experience with the Thompson Writing Awards was invaluable. 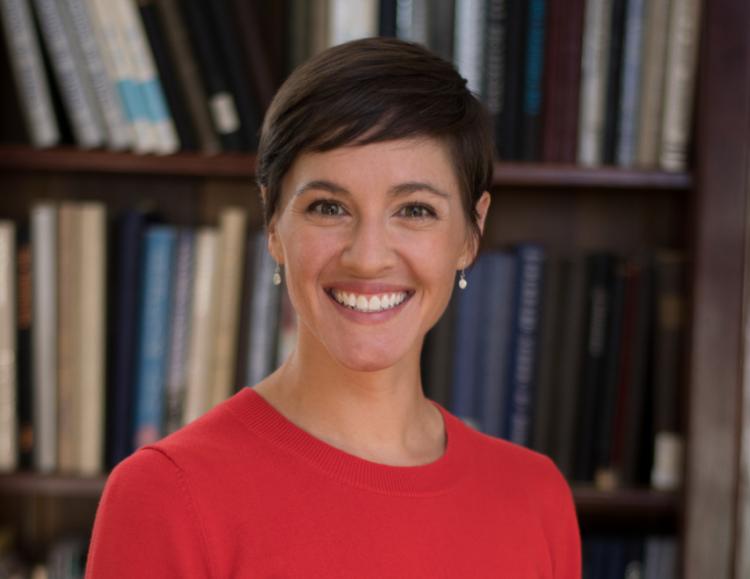 “The Thompson Writing Awards made me feel so recognized and valued as a student writer, and that was really lovely and also gave me so much more confidence in my writing and my voice and my ability to publish,” said Kroepsch.

Kroepsch, who is now an assistant professor who studies environmental governance at the Colorado School of Mines, wrote about avalanche risks while backcountry skiing in the Colorado high country.

“I started to backcountry ski as a grad student … but as I got into it, I discovered just how much avalanche risk is involved in safely navigating the backcountry in the wintertime, and that whole array of risks was really fascinating to me and really scared me,” Kroepsch remarked.

Those risks, which include multiple, shifty layers of snow that can collapse with one wrong move, kills an average of six people in Colorado each year.

“The Thompsons were this really neat opportunity to write through that and process how I was perceiving those risks and how I was behaving in relationship to those risks and to put it in a creative form,” Kroepsch said.

For Kroepsch, who still goes backcountry skiing, the awards also connected her, and many other students like her, to the Center of the American West.

“The center helped make a really big campus feel smaller,” Kroepsch said. “It helped me feel like I had a family on campus, which, for any student, can be the difference between a successful degree and an unsuccessful degree, no matter if you’re a freshman or a fourth-year PhD student.”

One of the freeing—and challenging—aspects of the Thompson Awards is just how vast the possibilities are for those thinking about entering, the center said.

Could you be the next winner?

Eleven $500 prizes will be awarded to CU Boulder students in the Spring of 2021 for both writing and video on Western American topics.

Learn more about the contest rules on the Center of the American West website.

As long as the writing is related to the American West, though, anything is fair game for the writing awards, whether it be writing about suburban backyards in the desert southwest or rodeos on the great plains.

For the video awards, anything related to 2020 is welcome, whether it’s about the pandemic, the protests, or just the isolation of the year.

For those thinking about entering, Kroepsch, who is also one of the judges this year, has two pieces of advice.

First, find and use your own voice. “I think often students try and put on this academic, omniscient, third-person thing to sound more sophisticated, and all it does is drown out their own creativity and voice.”

Second, to have an impressive, striking first sentence. “Obviously, the whole introductory paragraph matters immensely, right? But one way to really get that to shine is by having an awesome first sentence.”

For Alberti, who also won an honorable mention in graduate fiction in 2017, his advice is simple: “Stop considering it, and just do it.”

A full list of past winners can be found on the Center of the American West’s website. 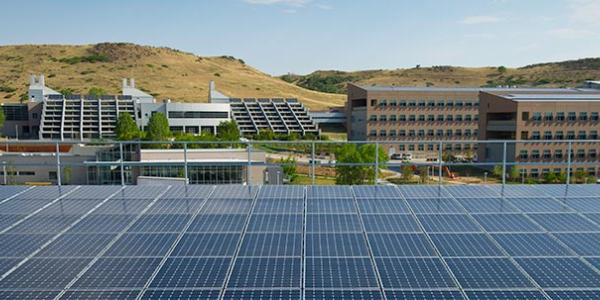 CU Boulder alum, now employed by NREL, discusses the importance of his interdisciplinary background for his career. END_OF_DOCUMENT_TOKEN_TO_BE_REPLACED 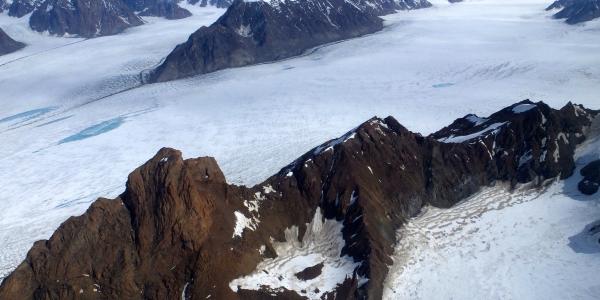 There probably is not a more suitable location for one of the world’s first interdisciplinary certificates in Arctic studies than the University of Colorado Boulder. END_OF_DOCUMENT_TOKEN_TO_BE_REPLACED 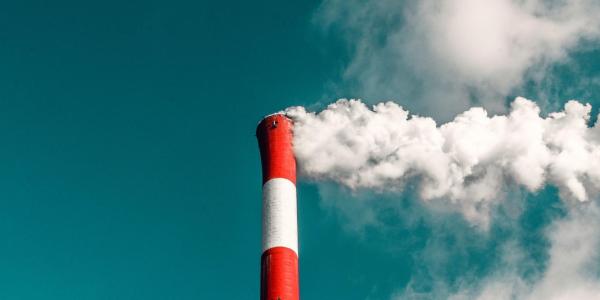 Renae Marshall, the College of Arts and Sciences’ Outstanding Graduate for spring 2021, produced an ‘impressive’ thesis examining the fate of more than 700 decarbonization bills in the past five years. END_OF_DOCUMENT_TOKEN_TO_BE_REPLACED
Categories:
Tags:
Return to the top of the page