Universities are designed to examine boundaries

As you may know, John Eastman, the 2020-21 Visiting Scholar in Conservative Thought and Policy at the Benson Center for the Study of Western Civilization, has published an essay in Newsweek arguing that Kamala Harris might not be eligible to be vice president of the United States. 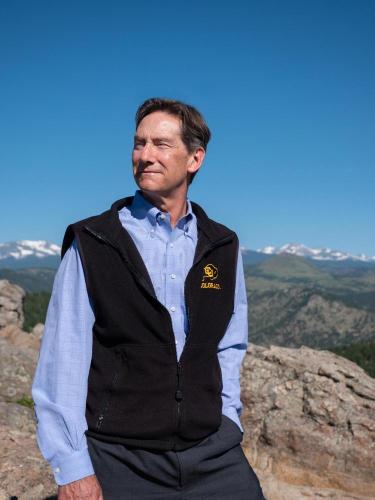 James W.C. White, interim dean of the college, soaks up the scenery in the foothills above Boulder.

There are two issues here that we as academics must be careful to separate. One is academic freedom. The other is academic responsibility.

Eastman makes the following academic argument: that the question of whether the 14th Amendment provides for citizenship for anyone born in this country, regardless of the status of their parents, has never been explicitly decided by the U.S. Supreme Court (other than the obvious situations such as foreign diplomats or of children born of alien enemies in hostile occupation).

As academics, we are free and should feel free to posit controversial arguments."

While most argue that this question was decided in United States v. Wong Kim Ark, and the common practice today is citizenship by birth, it is valid to note that the meaning of “subject to the jurisdiction thereof” in the 14th Amendment has never been explicitly addressed by the Supreme Court. For context, citizenship by birth is not universal throughout the countries of the world. While common in the Americas, it is uncommon in the rest of the world.

As academics, we are free and should feel free to posit controversial arguments. And as academics, we are bound to support each other in that pursuit. To denounce Professor Eastman merely for making an argument about the interpretation of the 14th Amendment is, I believe, wrong. And, frankly, it plays into the hands of those who falsely argue that higher education is too liberal and intolerant of any ideas that are outside the liberal mainstream.

However, as academics we should not pretend that theories and ideas we propound will always be used appropriately. Indeed, it is our responsibility to speak out when ideas that we have put forth are employed to advance agendas such as racism. And it is just such a misappropriation of an idea that is happening here.

Some in our society are taking Professor Eastman's argument and weaponizing it in the hope of selectively excluding people whose racial identity is anything other than white. As academics, we must speak out when our academic arguments are used inappropriately, and clearly and robustly deny that our arguments should give any credence to agendas as abhorrent as racism.

We should follow the example of the editors of Newsweek, who now clearly acknowledge that Eastman’s opinion piece can be and is being used inappropriately to buttress a racist agenda. It’s one thing to accurately advance a debatable point of constitutional law. It’s quite another to use that argument to advance a racist agenda.

Universities are designed to examine boundaries. But when we do so, we must be thoughtful about how we react to the inevitable fallout. To denounce Eastman simply for what he wrote is wrong. To say nothing about his writings’ real-world effects is also wrong.

I believe the appropriate action is to call on all of us—including Professor Eastman—to denounce those who use his academic arguments to advance a racist agenda. Doing so respects his right, and indeed all of our rights, to explore difficult and contentious ideas.

Taking that step also acknowledges our duty as academics to accept responsibility when others use academically defensible facts to make grossly inappropriate arguments, and to call them out for it, clearly and forcefully. 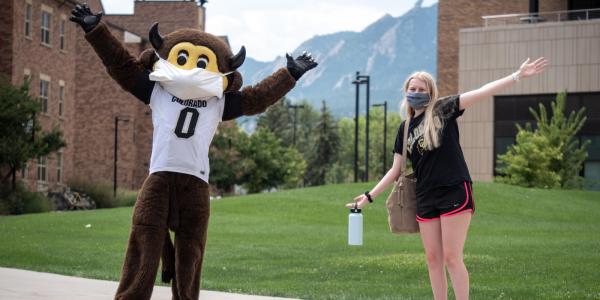 You have the distinction of going to college in extraordinary times. You don’t need me to tell you this, of course. Headline writers describe the new school year with adjectives like “grim” and “frightening.” END_OF_DOCUMENT_TOKEN_TO_BE_REPLACED 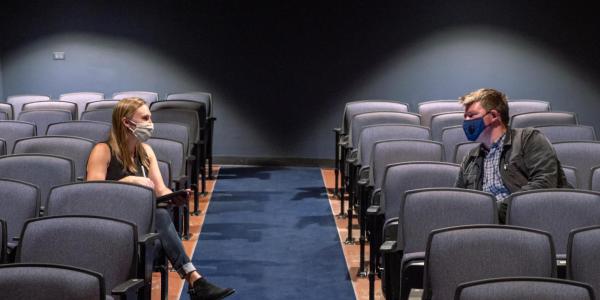 If you are exhausted, you are not alone

My fellow Buffs, we will get through this together. You must be exhausted. I am,... END_OF_DOCUMENT_TOKEN_TO_BE_REPLACED 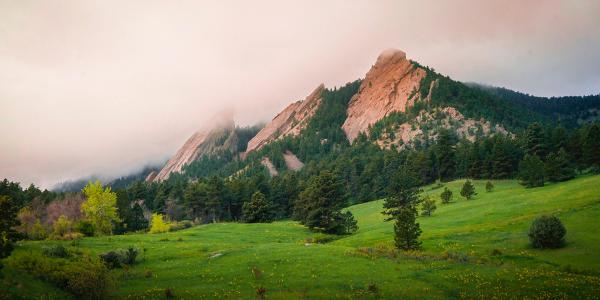 So you think the pandemic will doom higher education?

Think again. END_OF_DOCUMENT_TOKEN_TO_BE_REPLACED
Categories:
Tags:
Return to the top of the page