Sometimes Michaele Ferguson’s classes are going too smoothly, and there’s a real need for a riot or maybe just a bit more heckling.

The heckling is real, the riots just acknowledged, and they are part of an innovative teaching method called Reacting to the Past, which was initiated at Barnard College in New York. Ferguson, an associate professor of political science at the University of Colorado Boulder, usually teaches at least one class a semester involving these games, which require students to play characters from the past. 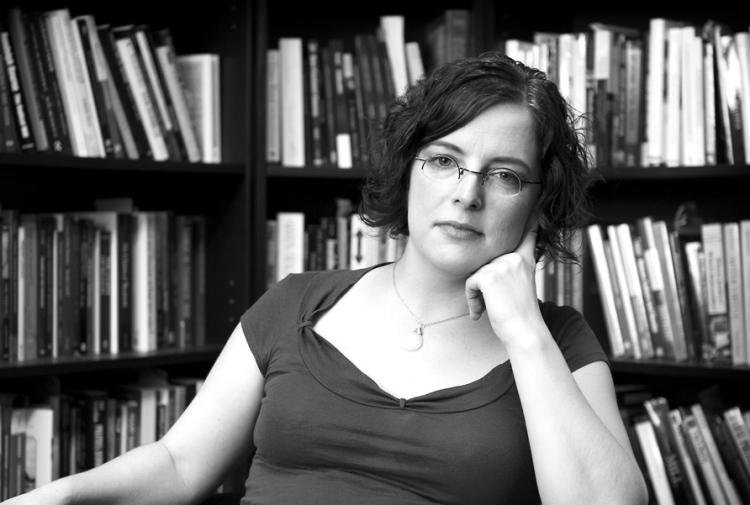 Michaele Ferguson uses a teaching method called "Reacting to the Past," in which students play characters from notable events in history. One event, depicted at the top of the page in the painting by Jacques Louis David, is the trial of Socrates.

The idea is that when students taken on historical roles informed by classic texts, they learn skills—speaking, writing, critical thinking, problem solving, leadership and teamwork, which helps them “prevail in difficult and complicated situations,” the Reacting to the Past site says.

“Sometimes things are going too smoothly, and you don’t want people up there just reading their speeches,” Ferguson explained. “I can create more chaos. Often, I like the chaos. Students can heckle each other, and when everyone is having fun, they actually end up learning a lot.”

And the students agree. “She’s the behind-the-scene puppet master, but she would work vicariously through the students,” said Jacob Reagan, a junior majoring in Spanish and political science who took one of Ferguson’s gaming courses last semester. “The adjustments she made kept the game going.”

Ferguson said she usually teaches the “reacting” classes as first-year seminara, capped at about 19 students. However, the courses have become so highly sought after that last year she also had an honors course.

Katelyn Kelly, who graduated in political science this spring, was a peer mentor for a course last year and said one of the more interesting aspects of the games is how practiced Ferguson is at engaging all the students. “The students are impassioned about what they are doing in that class, and it does allow for students with varying levels of engagement,” she said.

Ferguson said keeping students hooked throughout the semester is an important element, and it occurs by design. There are three games in each course, each looser and vaguer than the last.

For instance, last spring her three games dealt with the beginning of Greek democracy and the trial of Socrates; the decision of whether to declare independence on the eve of the American Revolution; and the most backstabbing part of the French Revolution. Essentially, by the time they get to the third, most intense, class, the students are practiced, and some primed, to fight for their characters’ goals.

Last fall, the seminar class was on “Legacies of Violence,” beginning with a game around the Democratic National Convention in 1968, then going to a game about the inaction from the U.N. Security Council regarding Rwanda genocide in the 1990s, and ending with a game about a high school in Buenos Aires in the 1960s. Again, the last class was the most intense as students learned about the widespread distrust and secrecy of the people following years of political and cultural purges, including mass murders.

I’m able to teach students skills that, in a more normal classroom situation, we’d never get to.”

“By the third game, students are just about experts, and you can move to games with less structure,” she said. “As it goes on, you’re going to get heckled, but by gradually increasing the temperature over the semester, you learn how to think creatively on your feet.”

That’s an important lesson for students coming into a college atmosphere, she said, as it creates confidence in presenting their own ideas in upper-level courses down the road.

Ferguson said she had one “incredibly shy” student whom she started with characters mostly responsible for writing papers and organizing events. Midway through the course, she said he was asking questions and participating in discussion.

“By the end of the semester, while he was hardly the most forceful student in the class, he was totally fine handling these situations,” Ferguson said. “That’s part of what I love about this method. I’m able to teach students skills that, in a more normal classroom situation, we’d never get to.”

Reagan said another aspect of the course is that he thought students were much more diligent about paying attention to the readings and lectures, in comparison to more normal classrooms, mostly so they were ready for the game itself.

“The confidence I gained to speak publically, and debate at the drop of a hat, increased significantly,” he said. “You are constantly being pushed to deal with changing situations, and different political scenarios.”

Kelly—who will begin her PhD candidacy at the University of California, Irvine, this year—said she was interested in the games specifically because she wants to use them in her future teaching career. “Even during the lectures, you begin to have a greater level of engagement,” she said.

Ferguson said about 20 Reacting to the Past games are fully published, including selected readings, by W.W. Norton & Company; another 20 in final play testing; another 40 in which participating instructors can request the game in unfinished form; and perhaps another 100 that are in development.

The CU Boulder professor also has a game up her sleeve she hopes to develop in the near future, which centers around the 1977 National Women’s Conference in Houston, which was proposed by President Gerald Ford and then held under the Carter administration. Conservative women boycotted the conference and then held a counter-conference on the other side of Houston under the leadership of Phyllis Schlafly.

“It’s pretty much already set up to be gamified,” Ferguson said.

A CU Boulder graduate student and other researchers find strong evidence that female candidates inspire others to run. END_OF_DOCUMENT_TOKEN_TO_BE_REPLACED 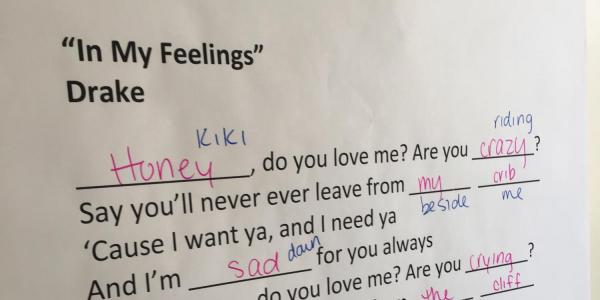 As they learn how writers revise their work and use literary devices, the students gear up for a school assembly led by an Australian rap star. END_OF_DOCUMENT_TOKEN_TO_BE_REPLACED

Can good bacteria make the brain more stress-resilient? Christopher Lowry has dedicated his career to finding out. END_OF_DOCUMENT_TOKEN_TO_BE_REPLACED
Tags:
Return to the top of the page