'English is becoming the new lingua franca for Buddhism as it moves beyond Asia,' says Tibetan scholar Holly Gayley

Scholars and translators of Buddhist texts in the Tibetan language will meet at the University of Colorado Boulder next fall to discuss strategies to convey not only the literal meaning but also the literary flourishes of texts they translate into English. 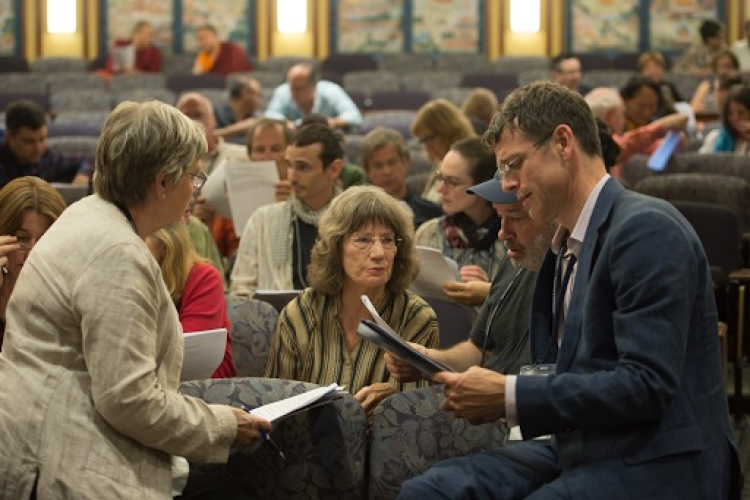 Participants engage in small group discussions at the Tsadra "Translation & Transmission" Conference in May 2017 at CU Boulder. Photo courtesy of the Tsadra Foundation.

The Lotsawa Translation Workshop is an opportunity for scholars and translators of Buddhist texts in the Tibetan language to meet to discuss the art of translation and create a community centered around the practice of translation by workshopping translations in progress. The conference will focus primarily on Tibetan songs—called “gur”—and the theme of Buddhist devotion.

“English is becoming the new lingua franca for Buddhism as it moves beyond Asia,” says Gayley. “This means that translations into French, Spanish or other languages in areas where people have become interested in Buddhism are often done from English rather than from the original Tibet.”

Although people have translated Buddhist texts into English for some time, recently scholars have started discussing translation theory and practice in earnest. The Lotsawa Translation Workshop is a follow up to two translation & transmission conferences organized by the Tsadra Foundation in order for scholars and translators to gather and discuss tools and approaches to translations.

Lotsawa will be a more intimate and intensive workshop to help create a community of practice around translation. Furthermore, the conference will provide a place where translators can “get out of the grip of literalism and embrace a more creative and literary approach.”

Gayley explains that, until recently, scholars have predominantly worked to produce accurate and literal translations of the Tibetan texts. Now it is time to look at more literary translations that consider the original voice and poetry of the texts, she says.

Speakers at the conference will include Janet Gyatso from Harvard University, Kurtis Schaffer from the University of Virginia, Lama Jabb from Oxford University, and Anne Klein from Rice University. Graduate students and junior translators who apply to attend will have an opportunity to present and workshop their translations of devotional texts.

Gayley earned her MA in Buddhist studies at Naropa University and PhD in Tibetan and Himalayan studies from Harvard University. Her research focuses on Buddhist literature in contemporary Tibet, including biographies, letters, songs and works of advice. She recently coedited the book A Gathering of Brilliant Moons: Practice Advice from the Rimé Masters of Tibet, which is a collection of short works of advice by 19th-century ecumenical masters discussing meditation techniques. 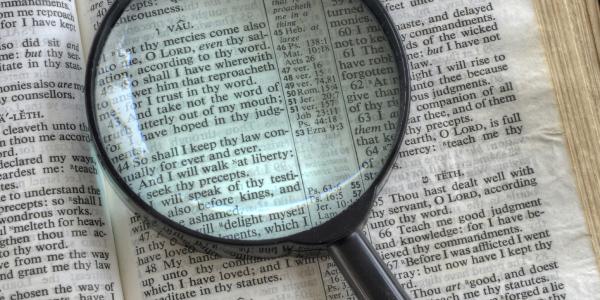 Modern readers of the Holy Bible often say that context is critical. Samuel Boyd, assistant professor of religious studies, heartily agrees. And he should know. He has no fewer than 23 ancient NearEast tongues at his disposal. END_OF_DOCUMENT_TOKEN_TO_BE_REPLACED 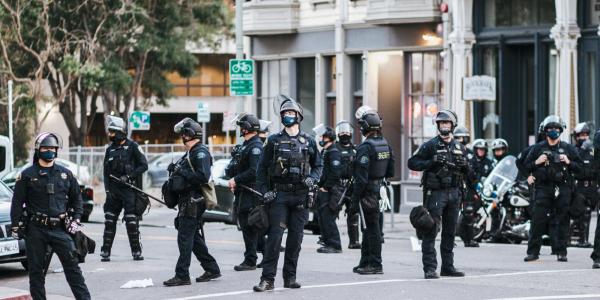 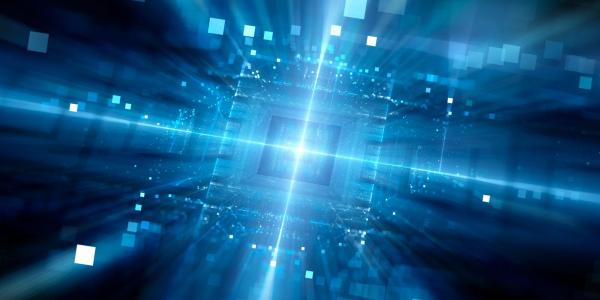 CU Boulder’s CUbit, ColdQuanta make Bose-Einstein lab available on the cloud. END_OF_DOCUMENT_TOKEN_TO_BE_REPLACED
Tags:
Return to the top of the page