Performing from the George Lynn Collection 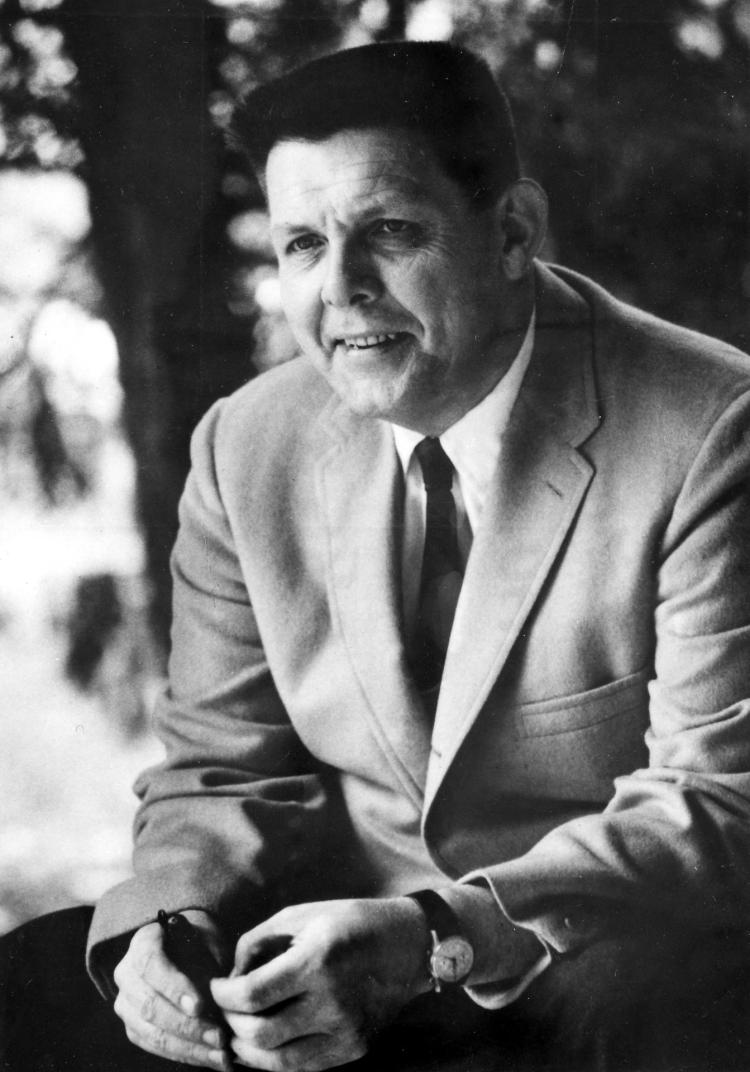 The compositional output of esteemed conductor, composer, and teacher, George Lynn (1915-1989), numbers more than 1,600 works, over 200 of which were published during his lifetime. The American Music Research Center of the University of Colorado, Boulder is privileged to house Lynn's manuscript collection, donated by his wife, Lucile. Lynn’s family generously sponsors the George Lynn Award, which is designed to encourage students to explore and perform pieces from Lynn’s manuscript collection. I was honored to be the recipient of the 2018-2019 George Lynn Award.

The journey started with a visit to the American Music Research Center, housed in the Norlin library on the University of Colorado, Boulder campus. Guided by suggestions from Dr. Christina Lynn-Craig, George Lynn’s daughter, I began sifting through several boxes containing manuscripts from the Lynn collection. While looking through the manuscripts, I was immediately struck by Lynn’s meticulous handwriting, precise musical notation, and attention to detail. I noted the wide variety of musical genres, poets, subject matters, and ensemble combinations represented in the compositions. Ultimately, I chose two pieces that I proposed to transcribe, edit, and, with the help of the CU choirs, perform; Being and Breath, written for SATB choir, and Johnny Has Gone for a Soldier for SSAA choir and piano. My proposal was accepted, and the process began.

Being and Breath was composed by Lynn in 1969, his final year serving as a faculty member at Westminster Choir College in Princeton, NJ. The text of the piece is taken from the final two stanzas of the Last Lines of Emily Bronte (1818-1848). The poem, discovered by Emily’s sister, Charlotte, focuses on Bronte's religious faith as she neared the end of her young life. Lynn’s lush setting of the text is introspective and prayerful, beautifully bringing forth the quiet aesthetic of the poem. The clean, nearly error free manuscript allowed for efficient transcription, and with the score in hand, rehearsal began. I was privileged to be able to prepare the piece with the combined voices of the CU University Singers and University Choir, the two flagship ensembles of the CU choral program. The singers worked to bring the affect of the piece to life, placing primary focus on delivering the text and conveying personal meaning. Being and Breath was performed on April 7, 2019 in Grusin Music Hall as part of the University Singers and University Choir spring concert, “Elements.”

While beginning to work with the Johnny Has Gone for a Soldier manuscript, I developed interest in the idea of arranging Lynn’s original setting, considering how to expand the strophic piece. Johnny Has Gone for a Soldier is a traditional folk tune, likely of English origin, that has been popular in America since the Revolutionary War. The song, which has been covered by groups such as Peter, Paul, and Mary; Pete Seeger; and was featured in the 1989 documentary, The Civil War created by Ken Burns, laments the sacrifices made during the time of war. I discussed my ideas with Dr. Gregory Gentry, Director of Choral Studies at CU Boulder, who was a student of Lynn’s. Dr. Gentry was supportive of my idea, stating that Lynn was known for encouraging his students to arrange pieces, urging them to find inspiration and then bring their own voice to the work. With Dr. Lynn-Craig’s blessing to alter her father’s original setting, I excitedly set to work.My final arrangement maintains the majority of the piano and vocal writing of Lynn, slightly altering the texture and tempo of the second verse. In addition to those slight changes, I chose to intertwine the traditional tune, The Girl I Left Behind Me, presented by the piccolo and drum.  The Girl I Left Behind Me is yet another popular war song with origins connected to England and Ireland. The combination of the ironically cheerful melody of The Girl I Left Behind Me, with the lament of Johnny Has Gone for a Soldier, is designed to illustrate the emotional confusion of wartime. Assisted by instrumentalists Anna Holbrook on snare drum, Caleb Chesnic on piccolo, collaborative pianist Cody Goetz, and the outstanding singers of the CU Women’s Chorus, the arrangement came into being, performed on April 14, 2019, in Grusin Music Hall. The musicians performed with full heart and soul, diving into the emotional turmoil inherent in the piece. I am hopeful that the final product would have been pleasing to Lynn.

The opportunity to work with the Lynn collection and to bring two of his unpublished pieces to life was a fulfilling endeavor. Not only was I able to further my transcription, editing, and arranging skills, but I was able to explore George Lynn’s legacy, to learn about the composer, conductor, and teacher who holds a respected place in the history of 20th century choral music. Lynn’s work, preserved through the generosity and dedication of his family, continues to serve generations of students and musicians, allowing them to expand their skill sets, creativity, and, perhaps most importantly, providing an outlet for musical expression.

Information about the scores and manuscripts found in the George Lynn Collection can be found here.

Being and Breath by George Lynn

Johnny Has Gone for a Soldier by George Lynn