Indigenous rap music remains a voice for Indigenous millennials and generation zers. But what are the limits of this mode of expression?  This talk concerns the pitfalls and possibilities of Indigenous Hip-Hop as a form of NdN popular culture. Using lyrics and videos, and considering the current state of affairs, this talk offers thoughts on the state of Indigenous Hip-Hop and where it might be going in the future.

This presentation is part of “Hip-Hop in Times of Pandemic and Protest,” a series of events in March that explore the music, politics, performance, and pedagogy of Hip-Hop.

The event took place on Wednesday, March 3rd at 6:00 MST online.  The event recording is presented below. 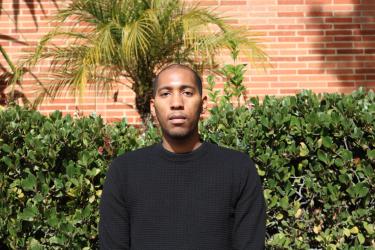 Kyle. T. Mays (he/him), Ph.D., is an Black and Saginaw Chippewa scholar of Afro-Indigenous Studies, urban studies, and Indigenous popular culture. He is an assistant professor in the Department of African American Studies, American Indian Studies, and the Department of History at UCLA. He is the author of Hip Hop Beats, Indigenous Rhymes: Modernity and Hip Hop in Indigenous North America (SUNY Press, 2018), and the forthcoming, An Afro-Indigenous History of the United States (Beacon Press, November 2021) and City of Dispossessions: African Americans, Indigenous Peoples, and the Creation of Modern Detroit (University of Pennsylvania Press, 2022). He has written for numerous public venues including The Washington Post and the iconic Hip Hop magazine, The Source.