At Berklee Global Jazz Institute, Greek musicians are leading a rediscovery of intercultural dialogue through music. At the forefront of these efforts is Cretan singer Eirini Tornesaki (also known by her artist name, Erini). Eirini (pictured below) has delved into the performative tradition of diasporic Anatolian Greeks called mikrasiatika (mικρασιάτικα). She also seeks to blur genre divisions between Greek traditional singing, jazz, and contemporary popular styles. Her work offers an intriguing look into the potential for reviving the aesthetic pluralism of the late Ottoman era in a new diasporic setting—urban city centers of the United States. 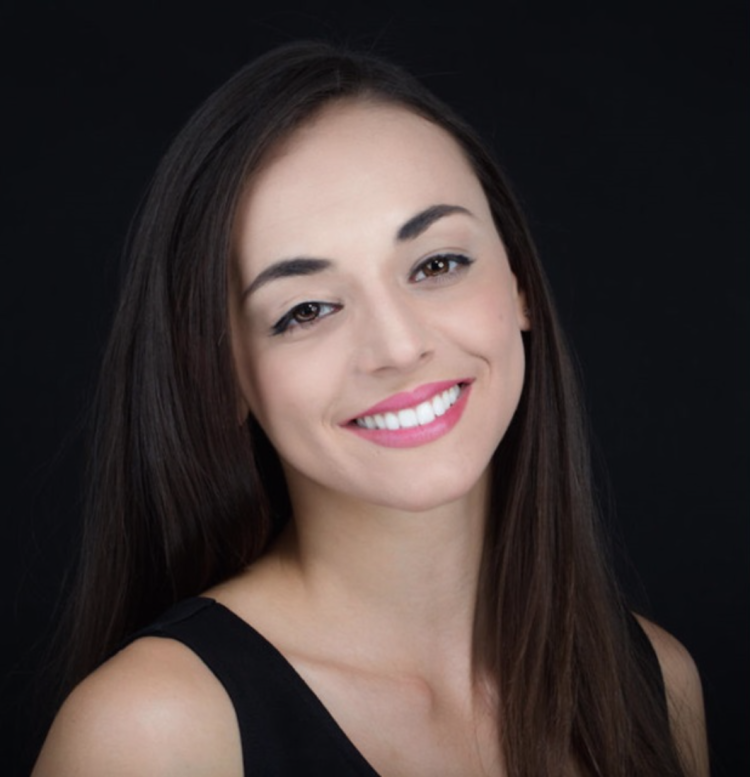 A guiding ethos of the Global Jazz Institute is intercultural dialogue, achieved by blending diverse musical traditions. This creates a vibrant fusion of sounds indexing a variety of global traditions, ranging from modern jazz to folk, Mediterranean, and Latin American repertoire. Eirini, too, participates in this legacy. Although many of her recent projects focus specifically on the music of Anatolian Greeks, she also performs modern jazz and Latin American vocal music and often uses traditional Greek instruments in these performances. Conversely, she seeks to build musical bridges between Greek vocal music and jazz. Throughout such diverse styles, Eirini often explores themes of discrimination and racism towards immigrants and refugees, as her own great-grandparents were refugees during the early 20th century.

Indeed, intercultural dialogue is sown into traditional Greek music from the start. The mikrasiatika song tradition of Anatolian Greeks is a hybrid style, combining influences of Byzantine, Ottoman classical, and Arabic music. Because of the intrinsic hybridity of mikrasiatika, many songs are shared cross-culturally. The same melody might exist in Anatolian Greek, Turkish, Arabic, and Cretan versions. Additionally, beyond the linguistic variation, vast differences in improvisation, instrumentation, and style appear among different versions. From a performer’s standpoint, approaching a song that exists in multiple versions presents many possibilities and practical concerns. Eirini herself generally favors the Greek tradition but also seeks to create a hybrid of styles and ornaments. An ensemble setting also poses an interesting dilemma: when musicians of different backgrounds come together to play a piece, they must discuss interpretive possibilities and find a way to create a cohesive sound. However, in improvised passages, they are freer to explore regional variation and individual preference.

The musical pluralism that is intrinsic to mikrasiatika recalls the musical communities of Ottoman Greeks and suggests a parallel between the urban city centers of the Ottoman Empire and the United States. The diasporic Greeks who lived in the Ottoman Empire nurtured intercultural dialogue through multi-ethnic music making. The region of eastern Thrace and cities like Smyrna and Constantinople (modern İzmir and Istanbul, respectively) were teeming global centers that boasted large minority populations. Greek, Turkish, Armenian, and Sephardic Jewish musicians performed together, which resulted in musical inter-communality and a free exchange of artistic traditions. However, after the fall of the Ottoman Empire, Greece and Turkey negotiated a population exchange that forced over 1 million Orthodox Christians to leave Anatolia. The devastating population exchange brought an influx of Greeks “home,” but these Greeks often struggled to adapt to their new home. Many of them only spoke Turkish, and years of living under Ottoman rule had created a different culture among the refugees, a culture that homeland Greeks received with ambivalence and often discrimination. For decades after the population exchange, the free artistic exchange of the Ottoman era came to a halt.

However, in urban hubs like Boston and New York, there may be new potential for revitalizing the aesthetic pluralism that existed in the late Ottoman era. Like the Ottoman Empire, the modern United States is a meeting ground for the widest range of cultural identities. In this environment, the work of Eirini Tornesaki and others may flourish. The issues of prejudice against immigrants and refugees that Eirini explores in her music are relevant in the United States today. Additionally, musical mediation through hybridity and collaboration may not only draw attention to these important issues but may also offer a way to foster intercultural dialogue between populations that have historically been at odds with one another. 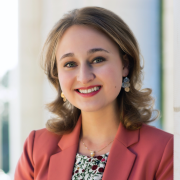 June 2020 (AMRC): Sophia Zervas recently graduated from the University of Colorado at Boulder with dual BM degrees in piano and vocal performance. This fall, she will begin her PhD in Ethnomusicology at Harvard University. During her time at CU, she maintained an active presence in multiple departments of the College of Music. Equally accomplished as a pianist and vocalist, she was a two-time finalist in the Honors Competition, three-time finalist in the Anderson Voice Competition, and performed several roles with Eklund Opera. This year, Sophia inaugurated the College of Music’s honors program with her thesis on music and nationalism in the Turkish Republic. She aspires to continue ethnomusicological research on the interaction of music and politics in Greece and Turkey during her time at Harvard.