Home About Us Remembering Our Fallen Colonel Ellison Shoji Onizuka 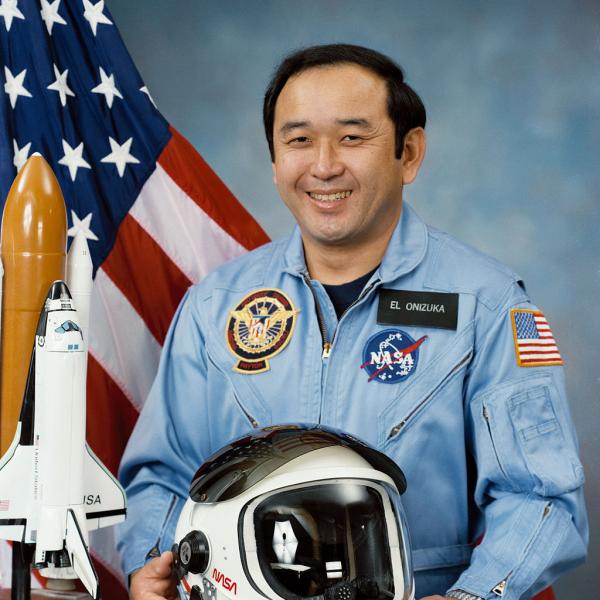 Col Ellison S. Onizuka was born on 24 June 1946 in Kealakekua, Kona, Hawaii, a rural community that hindered none of his ambitious, astronomical dreams.

During high school, he was a dedicated member of the 4-H Club, student council, National Honor Society, yearbook club, varsity basketball and baseball, and the Boy Scouts; he graduated with Honors from Konawaena High School in 1964.

Onizuka attended the University of Colorado Boulder and earned a Bachelor of Science and a Master of Science degree in Aerospace Engineering in 1969. His professors praised him as “an excellent student and a natural leader in everything he did.” He commissioned into the Air Force in 1970 through CU’s Air Force ROTC program as a distinguished military graduate. As a cadet, he was a member of the Arnold Air Society.

Soon after, Onizuka was selected for the Challenger flight 51-L, along with 6 other crew members who were carefully selected to represent America’s spirit of exploration. On 28 January 1986, the Space Shuttle Challenger lifted from Earth; it exploded 73 seconds after liftoff, tragically ending the lives of seven ambitious, courageous Americans.