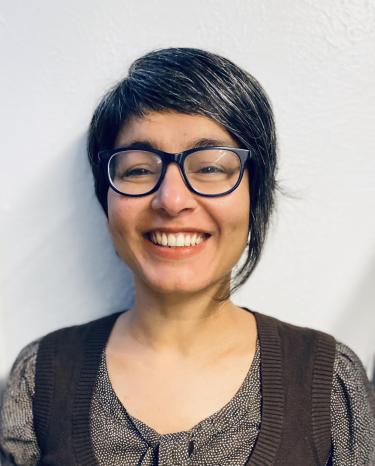 Deepti Misri is a literary and cultural critic whose work focuses broadly on questions of gender, violence and representation. Her areas of interest span South Asian literary and cultural production, transnational feminist studies, and feminist theory and criticism. In addition to her monograph Beyond Partition (University of Illinois Press 2014, and Women Unlimited 2015), her articles have appeared in Signs, Meridians, South Asian Popular Culture and South Asia: Journal of South Asian Studies, among other venues. She is currently serving on the editorial board of the Himalayan Studies journal Himalaya. Her current work focuses on literary and visual representations of militarized occupation in Indian-administered Kashmir. Beyond Partition:
Gender, Violence, and Representation in Postcolonial India

Winner of the Eugene M Kayden Book Award, 2016. Awarded to the best book in Literary Studies (including English literature, non-English literatures and Comparative Literature) by a UCB faculty member.

For more information, see Beyond Partition at University of Illinois Press