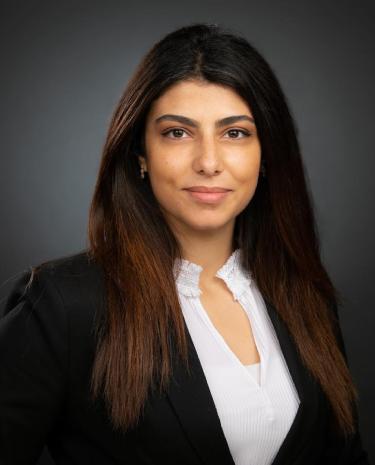 Dania Arayssi is a doctoral student in the Department of Political Science. She has received both a master of public policy from the Josef Korbel School of International Studies, and a master's degree in the history of international affairs from Saint Joseph University of Beirut. Dania was awarded the 2022 Figueroa Family Fellowship by CU's Graduate School "in recognition of her commitment to the achievement of a diverse student body and her work in improving the state of our world and its people".

Dania's research interests are women's role in democratizing politics, human rights, sustainable human development, gender mainstreaming, and public policy, mainly in the Middle East. Previously she worked on multiple projects that explored the role of women in democratization and conflict resolution, including a project about the Kurdistan Regional Government (KRG) in Iraq and the role of women in this long fight for statehood. In addition, she worked on questions related to sexual harassment in Egypt, and the male attitude to women in these economies further undermines her gender and sexual identity and limits her capability within a stereotyped system. Currently, she is working on a research project for the gulf region where she examines the role of women international students in promoting gender policy reforms in their countries upon their return due to culture and gender assimilation with the western communities in Europe America, and Canada.