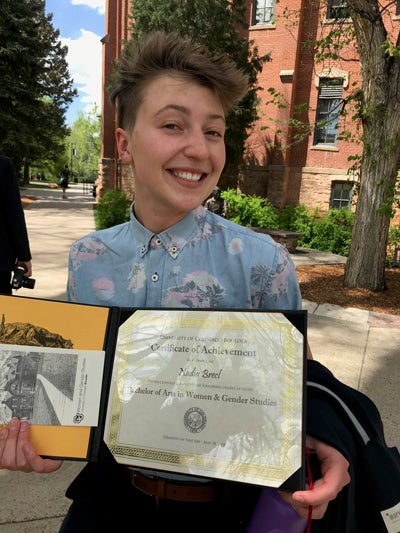 Nadia is a recent CU graduate, with dual degrees in sociology and women and gender Studies, a minor in Ethnic Studies and certificates in both LGBTQ studies and public health. They were one of three WGST students to be awarded the Jacob Van Ek award for 2018, one of the highest honors awarded to students in the College of Arts & Sciences.

Nadia was nominated for the Van Ek award based on both their exemplary academic performance, and their commitment to issues of social justice in the campus community and beyond. “It has been an honor to get to know Nadia inside the classroom as well as beyond,” noted Dr. Celeste Montoya, “they are an exemplary student: thoughtful, engaged, inquisitive, responsive, and hard working.” Nadia shared their appreciation of WGST for offering some of their favorite classes, including Trans Studies, Queer Theory, and Feminist Theories, giving "special thanks to WGST faculty Celeste Montoya, Emmanuel David, and Robert Wyrod for your mentorship and support."

As a student, Nadia was highly involved in departmental activities. They were an active member of the Gender Justice League, and a member of the Triota Honor Society. Nadia also helped organize and create an online archive for the annual TRANSforming Gender Conference with a group of students in Professor Emmanuel David’s Trans Studies class. "My experience in Women and Gender Studies classes and with communities that center intersectionality, social justice, and gender equity has equipped me with some of the tools that I value the most. The ability to critically examine systematic injustices as well as the intersections of my own identities allows me to create positive change for myself and for communities with which I engage."

While an undergraduate, Nadia worked for the CU Women’s Resource Center as a program coordinator; facilitated the group Queer Women in Community; facilitated the WRC’s training, “Wait Your Turn: Recognizing and Interrupting Sexism”; and planned and emceed the annual Sexpressions talent showcase four years in a row. They were also involved in numerous student groups, including the CU Gender & Sexuality Alliance hosting the very popular CU Drag Show and Queer Formal, and was a co-founder of the Polycule Student Group, which provides a space for people to learn about and support non-normative relationships. “Nadia exhibits a strong commitment to bringing in an intersectional (or inclusive) approach to this work,” adds Dr. Montoya. In addition to their work on campus, Nadia was employed by a local ambulance company as an Emergency Medical Technician, helping to transport patients across the Denver metro area.

Nadia now works as an administrative assistant with the Student Affairs and Career Development offices at Colorado Law. In this role, Nadia assists the registrar, plans events, sends weekly career development newsletters, and manages job postings and letters of recommendation. Nadia shared, "as an alum that worked in Student Affairs as an undergrad, I enjoy getting to continue to engage in CU’s community and with students in this position." In their off-time, Nadia plays roller derby with the Boulder County Bombers, and co-heads the human resources committee within their league. 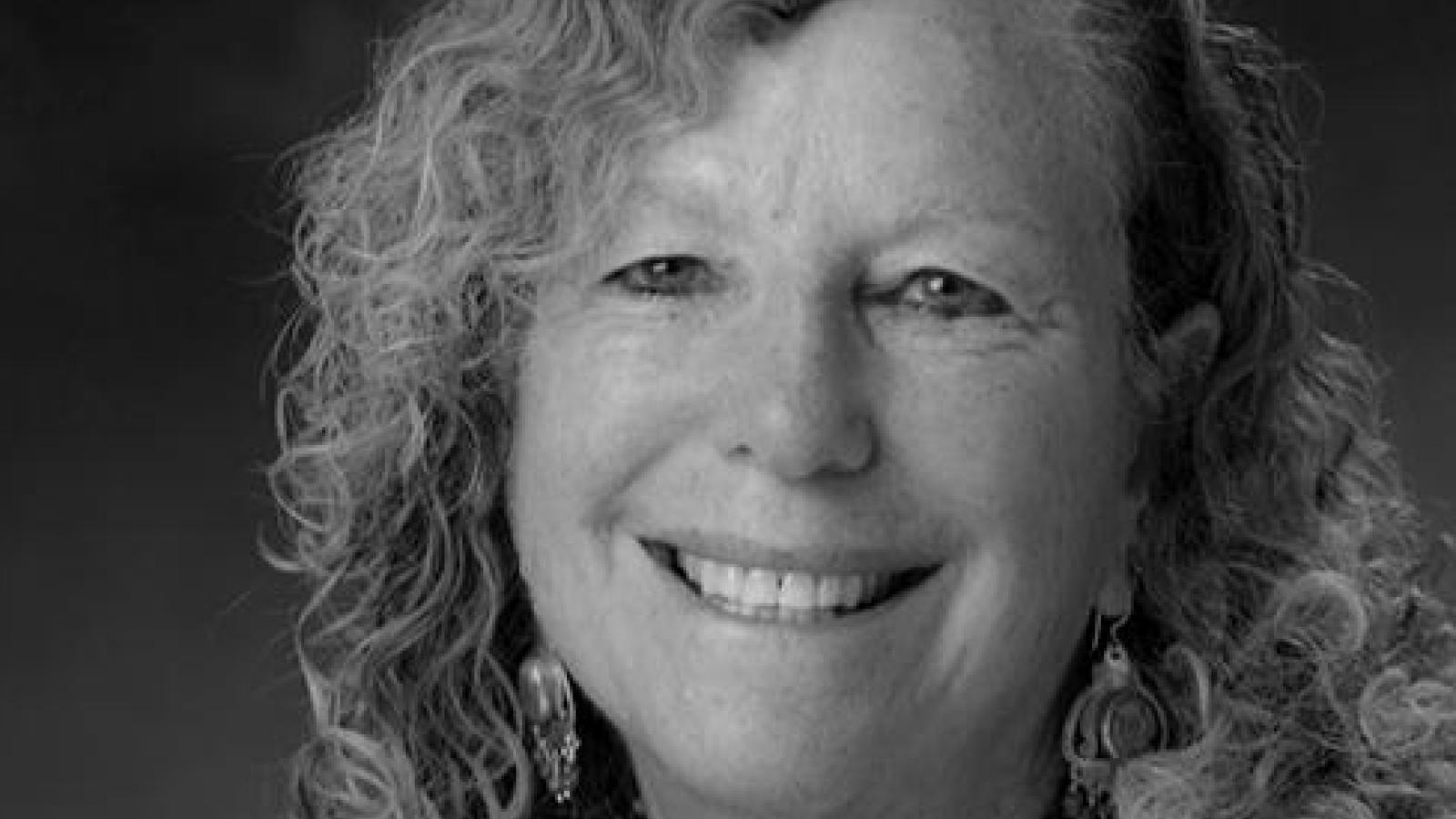 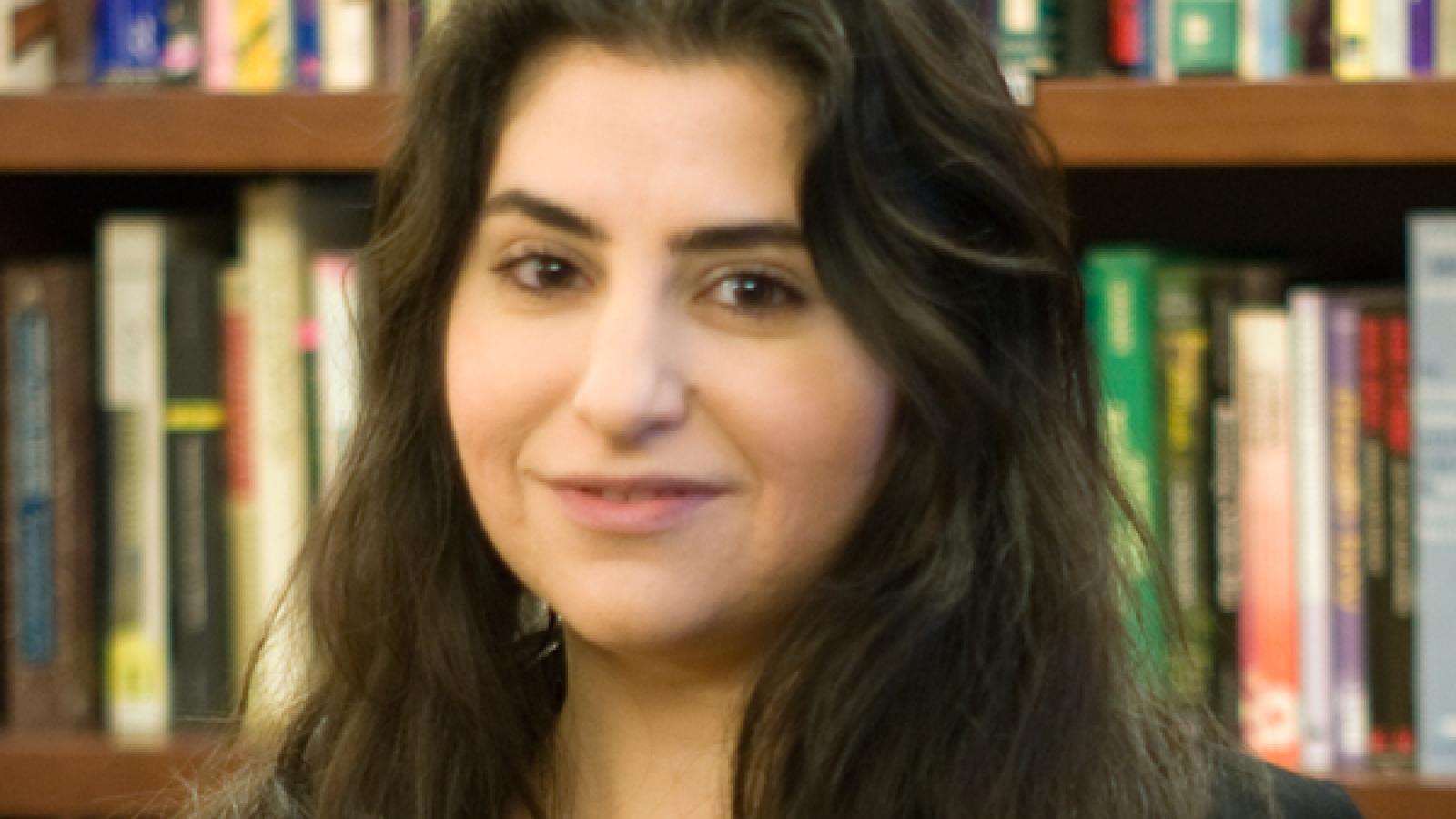 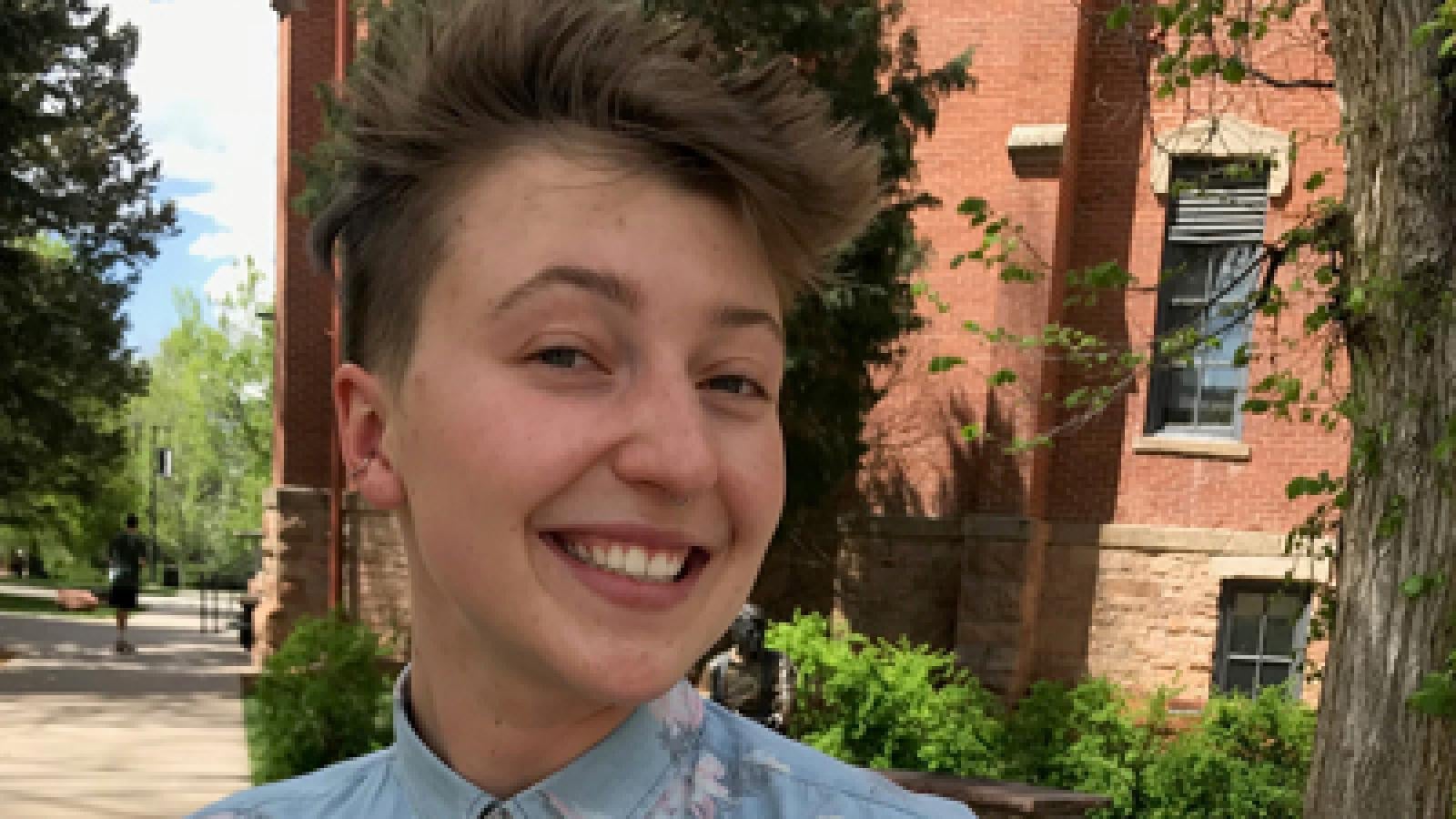 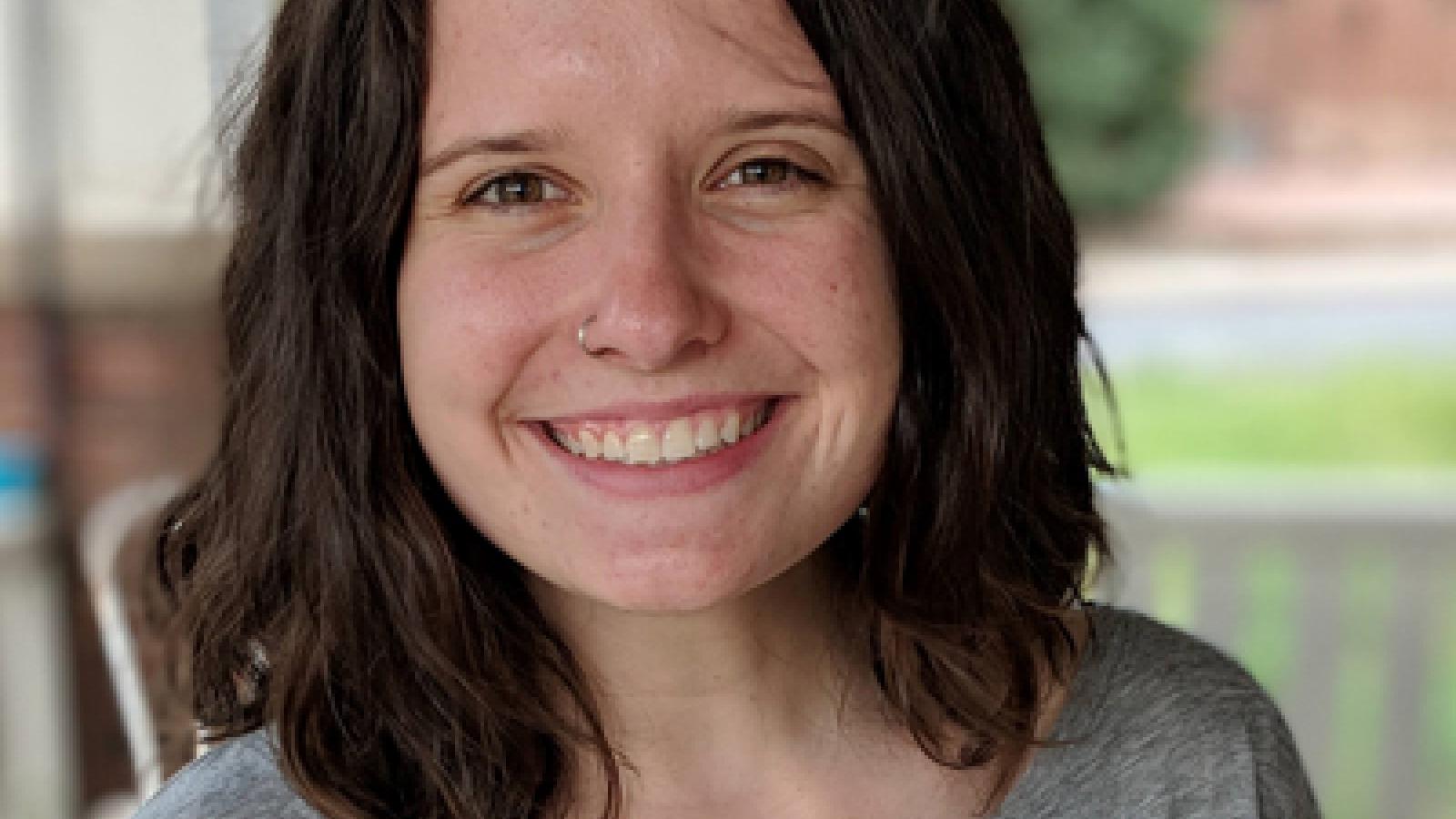 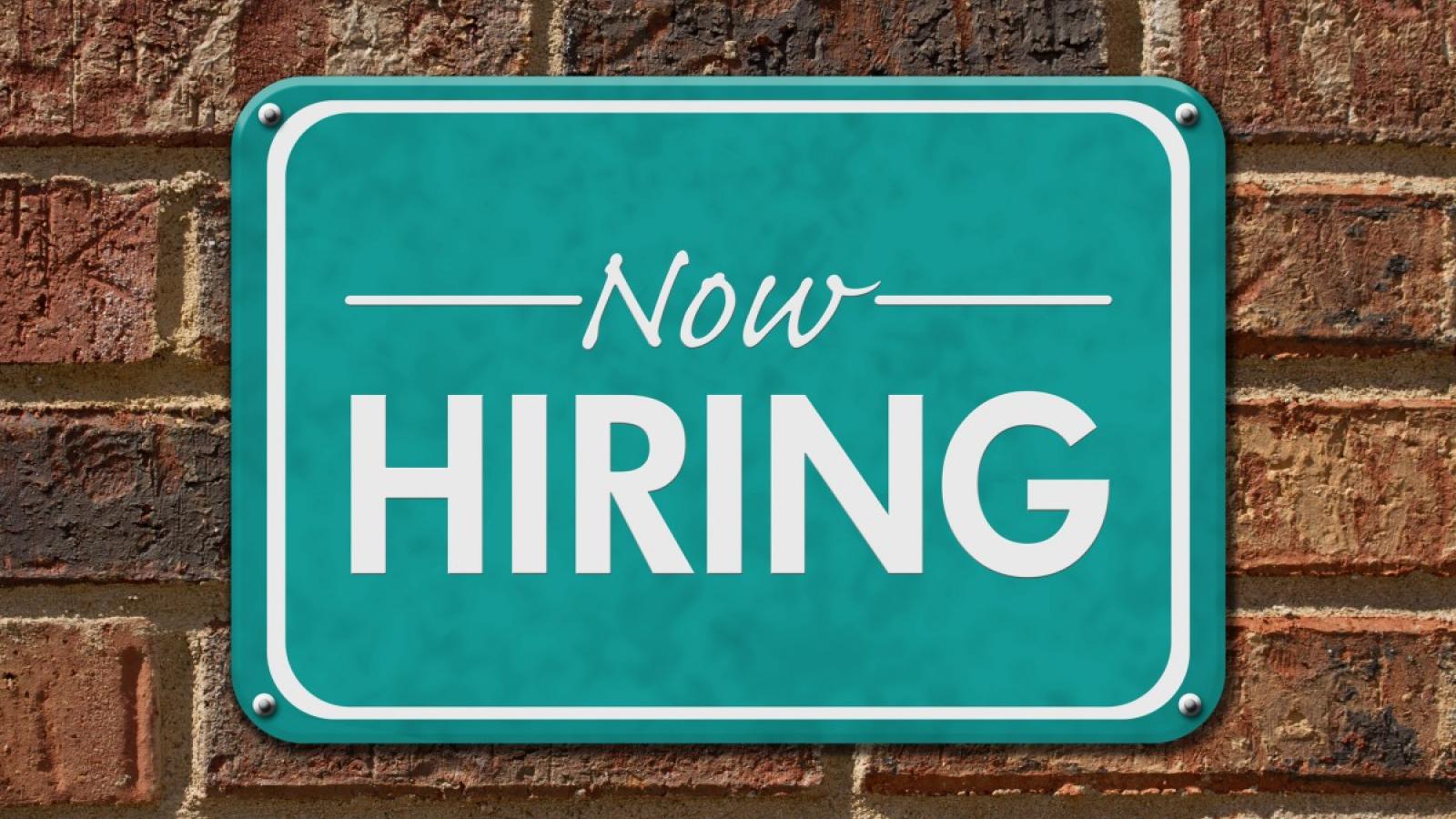 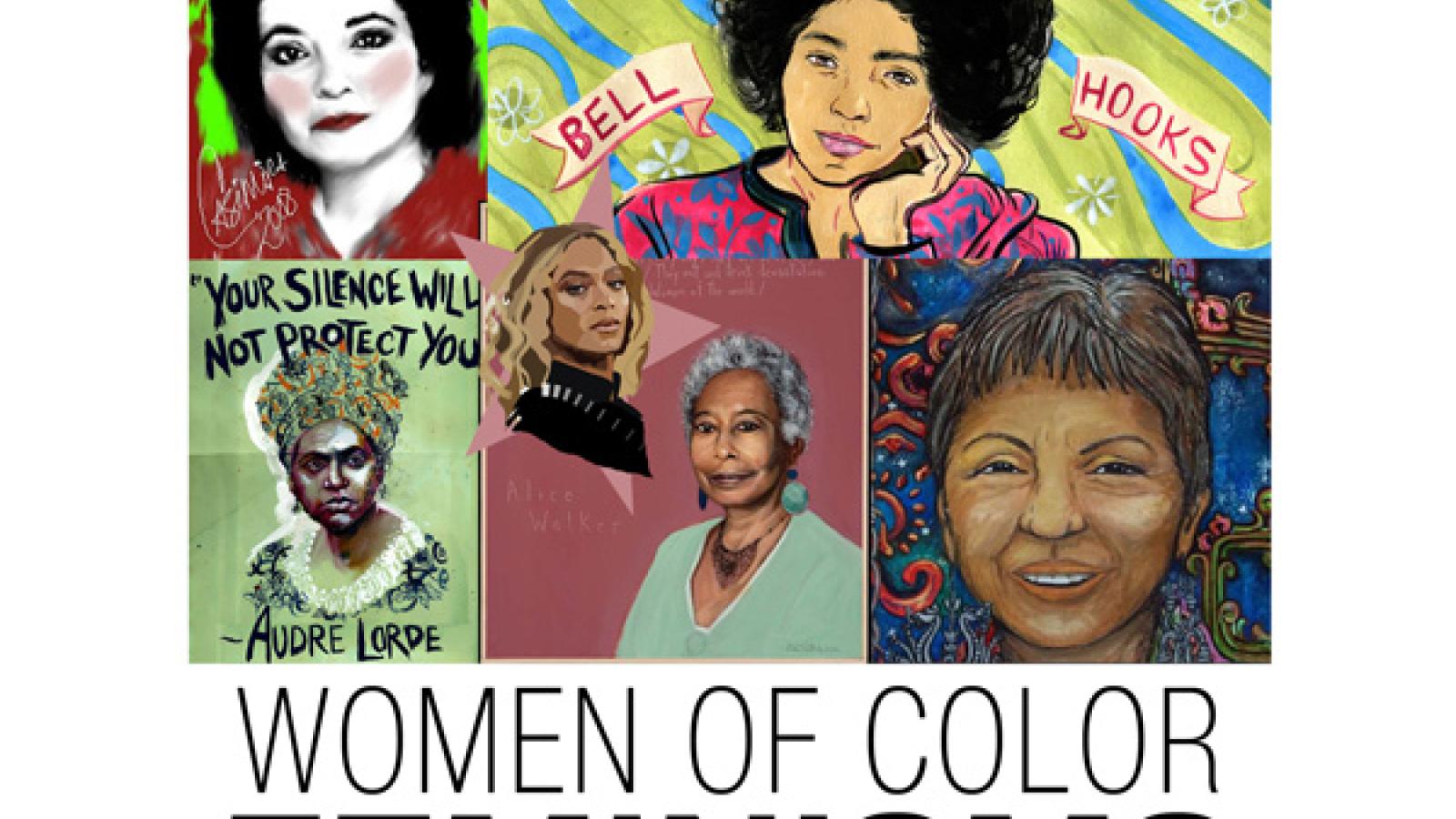