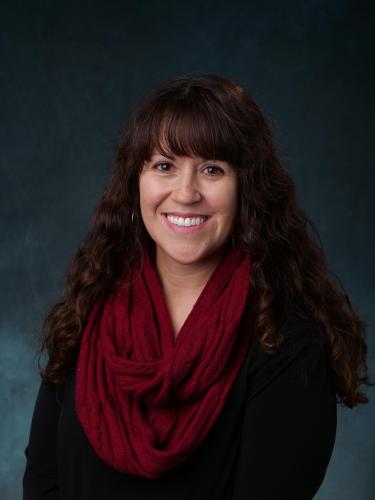 Dr. Celeste Montoya, associate professor of WGST and Director of the Miramontes Arts & Sciences Program, is one of the three recipients of this year's Boulder Faculty Assembly's Excellence in Leadership & Service Award. The BFA presents this award annually to faculty nominated for their outstanding work and effort to make advances in the academy, and include a financial prize provided by the Chancellor. This award acknowledges the impact of service outside of the faculty's teaching and research duties, including their contributions to national conferences and workshops, committee work, and student advising which is above and beyond expectations.

Dr. Montoya’s nomination focused on three separate achievements that have both greatly impacted our campus community and contributed to national scholarship – her ongoing revitalization of the Miramontes Arts and Sciences Program (MASP), her central role in drafting both the College of Arts & Sciences diversity requirements and the University’s Inclusion, Diversity, and Excellence in Academics (IDEA) plan, and her ongoing commitment to diversity and service to the university, profession and community.

"Professor Montoya, re-staffed and re-built the curriculum and support system for MASP students and now, years later, MASP is not only thriving but it is one of the most successful programs for underrepresented students on the campus." - Dr. Janet Jacobs

Since 2015, Dr. Montoya has been the Director of MASP, an essential support program for traditionally underrepresented and first-generation college students at CU Boulder. She has since overhauled the MASP curriculum, focusing on student recruitment and retention and creating new initiatives including a summer bridge program for incoming students and a mid-year academic program for more advanced and transfer students. MASP’s Assistant Directors, Dr. Karen Ramirez and Dr. Kate Semsar, write that “Dr. Montoya is a rare and much-needed leader at the university who serves with a combination of intention, clear communication, passion and deep-seated humanity." Dr. Robert Buffington notes that Dr. Montoya’s commitment to student success “has made CU Boulder a much more welcoming and inclusive place for an ‘at risk’ student population.”

"As one of the principal architects of CU’s inclusive excellence campaign, Professor Montoya would be a worthy recipient of the BFA’s Excellence in Leadership and Service Award on the basis of this committee work alone. Her contributions, however, extend far beyond administrative work and service on policy-making committees." - Dr. Robert Buffington

Considered to be one of the least glamorous and least appreciated roles of academic, Dr. Montoya has not shied away from committee work. She has been involved in reviewing and revising the core curriculum for the College of Arts and Sciences, drafted the College’s new diversity core requirements, produced and revised the campus’s Inclusion, Diversity, and Equality Plan, and worked to create CU’s inclusive excellence campaign. Her work has greatly contributed to the promotion of diversity and inclusion on campus, and she has shown both commitment and courage in achieving these goals. “She views her service contributions as an important way of addressing issues of social justice within academic institutions, and this view has sustained her important work," writes Dr. Lorraine Bayard de Volo. “She is an excellent example of civic-mindedness, a team player who has sacrificed to build community with an eye to building a better world.”

Dr. Montoya’s commitment to student success has been recognized several times before, including two Women Who Make a Difference Awards (2013, 2016), the Best Should Teach award (2017), and the Craig Brians Award for Excellence in Undergraduate Research and Mentorship (2019). "It is clear that Dr. Montoya cares deeply about the students, not only providing them with traditional tools to successfully navigate college, but also supporting the fostering of their community and a network of support between them," writes Christina Sue, a professor in Sociology. Students also contributed letters of support for Dr. Montoya’s nomination, writing of the guidance and encouragement they receive from her academically and personally. "I can sincerely say no one (including myself) has believed in me as much as Dr. Montoya believes in me. She consistently shows me that I am capable of doing anything I set my mind to, and then sets me up with the resources to achieve whatever goal I set for myself—without failure," writes Mariana Galvez Seminario, a MASP student and WGST major. Dr. Montoya also regularly contributes to faculty success by organizing and presenting at pedagogy workshops, serving on campus advisory boards, and at a national and regional level has provided crucial professional support for female and LatinX faculty through the American Political Science Association and the Western Political Science Association.