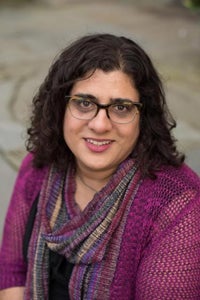 The newest addition to our faculty, Samira K. Mehta has joined us this semester as assistant professor in Jewish Studies and Women and Gender Studies. Mehta received her PhD from Emory University in American Religious Cultures, and an MDiv from Harvard Divinity School specializing in Christianity and Culture. Previously, Mehta held a faculty position in the Department of Religious Studies at Albright College in Pennsylvania, and in 2016-2017, held the David B. Larson Fellowship in Health and Spirituality at the John W. Kluge Center of the Library of Congress. As an American Council of Learned Societies Public Fellow, Mehta worked as the manager of strategic initiatives at the Museum of Jewish Heritage in New York City.

Mehta is the author of Beyond Chrismukkah: The Christian–Jewish Interfaith Family in the United States (Chapel Hill: University of North Carolina Press, 2018), which was a finalist for the National Jewish Book Award in American Jewish Studies from the Jewish Book Council, and has been reviewed in Reading Religion (AAR), H-Judaic, eSocialSciences, Contemporary Jewry, Christian Century, and The Catholic Standard. It has been called "a must read for everyone who wants to understand the dynamics of Christian-Jewish families in an increasingly multicultural American landscape, especially the children of interfaith families" by H-Net. 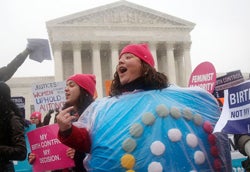 For decades, women on the Pill suffered. They didn’t have to
Lauren MacIvor Thompson and Samira K. Mehta
in The Washington Post 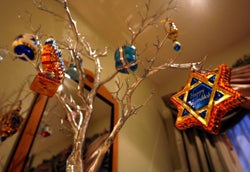 Her book chapter “Family Planning is a Christian Duty: Religion, Population Control, and the Pill in the 1960s,” was included in Devotions and Desires: Histories of Sexuality and Religion in the 20thCentury United States, eds. Gillian Frank, Bethany Moreton, and Heather White (Chapel Hill: University of North Carolina Press, 2018). She has also authored peer-reviewed articles in the journals Theology and Sexuality and Religion and American Culture. Mehta is currently at work on a new book which will discuss how religion in the United States has shaped discourse on contraception and sexual freedoms.

This semester, Mehta is teaching Jewish Feminisms: From Labor Marches to Women’s Marches, which examines Jewish involvement in secular feminist movements, as well as the effects of feminism on Jewish religious and communal life; asking when and how Judaism has mattered to feminism and how feminism has shaped Judaism from the beginning of the twentieth century to the present. She is developing a new course for Spring 2020, Religion & Reproductive Politics in the US, which will focus primarily on how Protestant, Catholic, and Jewish conversations about sexuality and reproduction have shaped access and attitudes towards reproductive health in the US over the course of the twentieth and twenty-first centuries.

“I am delighted to have joined the Department of Women and Gender Studies and the Program in Jewish Studies here in Boulder. I look forward to getting to know the WGST and JWST communities. Please introduce yourself if you see me around campus!”