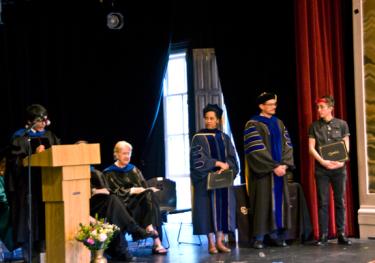 The Women and Gender Studies Excellence in Inclusion Award recognizes outstanding student projects (research or creative works) that explore issues pertaining to diversity and inclusion at CU Boulder or in the U.S. more generally. This award is designed to help foster an inclusive and welcoming campus climate at CU Boulder for students of all backgrounds, including first-generation students, minority students, women, LGBTQ, and other historically underrepresented groups in the field of education.

This year we awarded the prize to two outstanding students: Lauren Arnold and Selena Wellington.

Lauren Arnold is a Senior at CU-Boulder double majoring in Communication and English with a concentration in Creative Writing. Lauren's submission, “What It’s Actually Like to be Black at CU” was read with admiration by many of us when it first appeared in the CU Independent several months ago. The article offered a critical and personal look at the experiences of Black students, particularly Black women, on our campus, from the classroom and the dining hall to student parties. For example, Lauren writes: “In class, race is brought up more often than I expected...Part of me is overjoyed that these important topics are discussed, but another part leaves class disgusted at conversations we’ve had.” The article concludes with a call for “diversity in both the student population and the faculty.”

For the second award, we recognized Selena Wellington for their performative piece “when my body becomes the art,” a moving and poetic reflection on the artist’s decision to go on testosterone. Selena is in their senior year studying Composition in the College of Music, with an additional major in Psychology, a minor in Creative Writing, and they are earning certificates in Music Technology and LGBTQ Studies. In the artist’s words: “The incorporation of my physical body in the piece demonstrates how the ritual of gender is enacted on my physicality. My body cannot be separated from the art.”

Lauren Arnold: What It’s Actually Like to be Black at CU

My father warned me about racism. If that makes me seem naïve, it’s because I was. He warned me about the world and the way people see color — the assumptions they make about you. When I was younger, he taught my brother and I to keep our hands out of our pockets when we were in stores, how to dress right and do our hair, how to talk to policemen, how to talk on the phone.

Because, he told us, almost everything is about race — and you have to do everything you can to combat it. He told me it would affect my career, my interactions with teachers and peers, and maybe even my grades. When he told me this, even when I was a high school senior old enough to know better — when he warned me about the conservative nature of college and the lack of diversity — I didn’t believe him.

This man, who lived in the `50s and `60s in Compton, California, during flares of racial clashes and the Civil Rights Movement, was the naïve one in my mind. It wasn’t that I didn’t think racism existed or that I didn’t stand behind movements like Black Lives Matter — I did. How could I ignore it when I witnessed George Zimmerman’s trial for the murder of Trayvon Martin or the discrimination and hate our first black president was met with, among other racial tragedies?

I guess I just thought that racism was an issue previous generations are perpetuating. I thought that our generation — liberal college students, at the very least — were different. I came from a high school that was 71 percent non-white, and race wasn’t something we really bothered to care about. Everyone was friends with everyone. At least, that’s what I thought.

Since graduating from high school, I’ve seen many of my “friends” expose themselves on social media as supporters of the confederate flag, Donald Trump and All Lives Matter. Looking back, I tolerated so many comments that were blatantly racist, but I wrote them off as distasteful jokes I could look past. I see now how race did, in fact, matter at my high school. How most of the AP class population was that other 29 percent — white students. I’m ashamed to say that none of this struck me as odd.

Then I came to CU. The racial demographic breakdown from my high school was flipped on its head with CU’s student population sitting at an ironic 71 percent white makeup in my freshman year. I was not prepared for what a 71 percent white campus would look like or, more importantly, feel like.

The moment I set foot on this campus, I knew I owed my father an apology. The race issues that were always around me became apparent now. He was right: everything is about race.

When you say that, people will tell you it’s in your head like I thought it was for my father, but it’s real, and it affects some part of my life every day.

Boulder seemed like a good choice for college because it gets a good reputation for being liberal, but what I’ve noticed is that the campus isn’t as socially liberal as people make it out to be. The reality of CU is that it places token minorities on its ads around campus and its brochures for prospective students and calls itself diverse. I remember being in the stands of Folsom Field on my first day as the whole freshman class cheered when the chancellor read that horrific statistic of “diversity.”

The reality of CU is that as minorities, we walk around campus feeling quite literally like the black sheep in the white herd. I cannot and do not speak for all minorities, but what I can speak to is my own experience and the experiences of my friends and those I’ve talked to.

One of my best friends avoids parties because she feels that as a Mexican woman, she is fetishized by white men. Others have gone to parties and were denied admission. Others, still, have been told by white men that they’re “pretty for a black girl.”

I myself have dealt with the blow to self-esteem that comes with seeing very few people on this campus that look like me. I feel inferior some days walking around, seeing that what most people want on this campus is blonde hair and blue eyes.

I’ve both witnessed and used code-switching in class, at work, and while talking to people on campus because I feel a need to make them feel more comfortable with a skin tone they probably rarely see here. I’ve been confused on several occasions for the only other black girl in my dorm hall, who looks nothing like me. I’ve had to wonder if having open seats on both sides of me in class was a race thing or just a coincidence. I’ve heard so many white people use the N-word. I’ve had to realize that people in Boulder are afraid of people of color when I was walking with my friends and two girls crossed the street actually saying aloud, “black people!”

When I got box braids, I had a conversation with nearly every black girl I worked with or had class with about how there are no salons in Boulder that do black hair — people even stopped me to track me down and ask where I had gotten mine. I experienced interactions that baffled me: a white boy called my hair “fly,” a word I know has never come out of that boy’s mouth before, and my friend immediately asked me if I had seen “that Queen Latifah movie where she does hair.” They meant well, but I think they felt like they had to make it known that they were accepting of my black culture by presenting the only connection to it that they knew.

In class, race is brought up more often than I expected. That has a lot to do with the majors I’m in (English and communication), but even my classes like film or discourse discuss it at length. Part of me is overjoyed that these important topics are discussed, but another part leaves class disgusted at conversations we’ve had.

I’ve had a corner of white men snicker at me when I’ve defended peaceful protests for the Black Lives Matter movement and explained why racist jokes aren’t OK. I’ve heard BET called racist in class and heard someone ask why we even need to talk about race.

Inevitably, there will be disagreement, but what bothers me most is being one of very few minorities, if not the only one, in a classroom of white students with a white professor discussing issues from only a white perspective. College students have asked what lynching is, and brought up painful topics like Emmett Till that have had nothing to do with our discussion. When we talked about the adversity black women have historically faced, the conversation somehow turned into a session of white students going around the room and each sharing their one experience of going to “soulful” black churches.

My experience at CU highlights the fact that education on race is integral to changing race relations in America, but sitting in my seat deciding whether to let it go or become the “angry black girl” — the residential minority of the class — is an uncomfortable experience. One black woman came up to me after class and thanked me for my comments, telling me that “it’s been a lonely road” in her academic career as one of very few women of color in her English major.

These are not empty complaints but rather a call for diversity in both the student population and the faculty. When the faculty at CU is 76 percent white and the only positions the university seems to give to minorities are in Housing and Dining Services, the message that gets conveyed is that minorities can serve white students but can’t teach them.

Systematic racism is a tough battle to take on, and, unfortunately, it will take time to eradicate it, but while the fight is ongoing, we can all do our parts to fight interpersonal racism. The bread and butter of CU is pale skin, and that’s not just an institutional issue but a human one.

To white students: examine your privilege, check your actions, check your biases and try to open your minds when it comes to race issues. I know it’s hard seeing from another perspective or altering the values you may have been raised on, but I implore you to start the change with yourself because if you looked around — I mean really looked around — you would see that change is necessary.

To students of color: I know racism cuts like a knife and that sometimes people even consider switching schools or dropping out, but our presence here is the start of change. I hate being counted in that 29 percent minority category because I feel like the university uses us as a feather in its cap, but we’re here for our education, not for them. Don’t let others dictate who you are or how you’ll live your life.

I’m so sorry that our parents were right. I hear you, and your voices matter.

Congratulations to the Class of 2018! 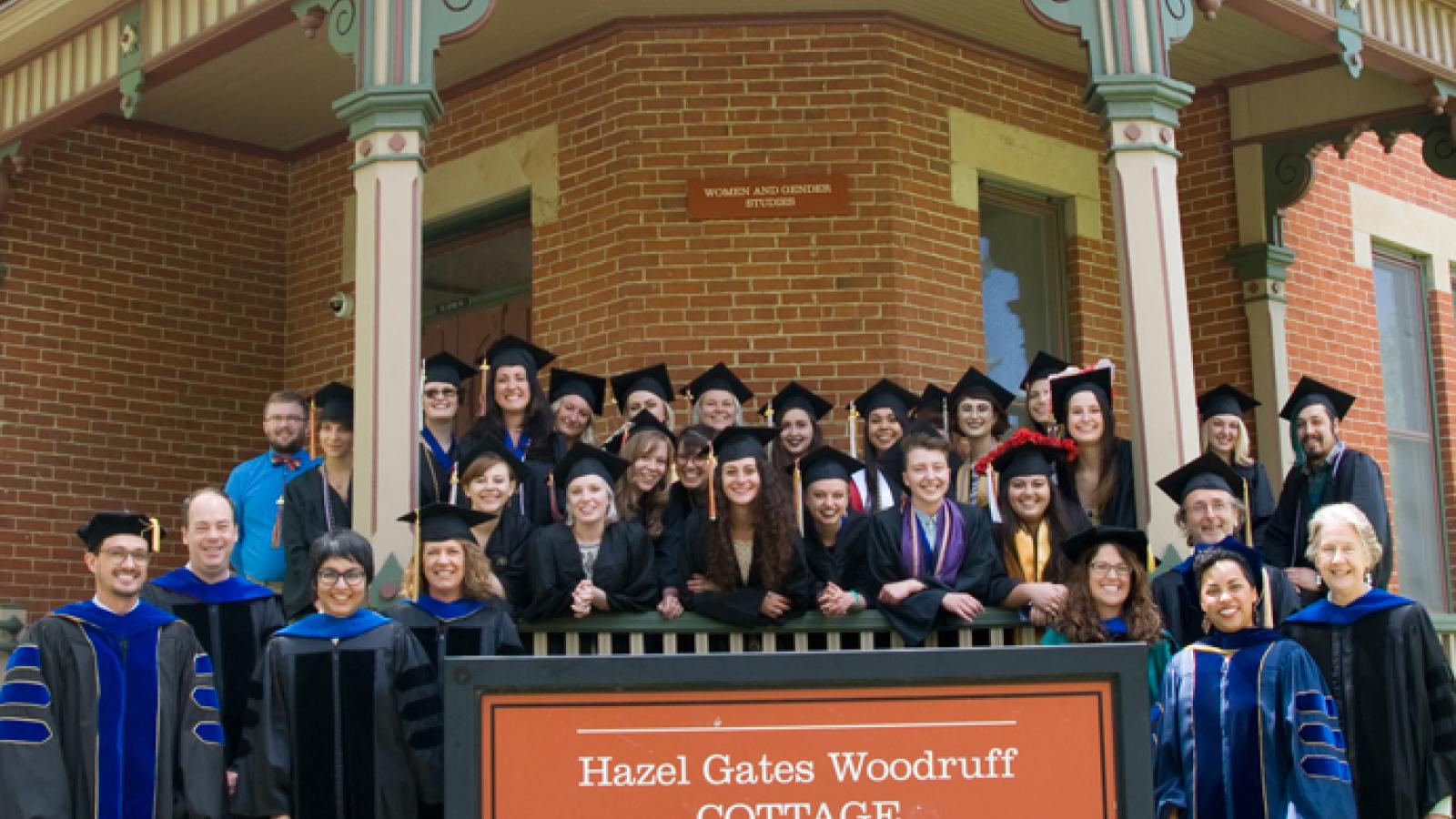 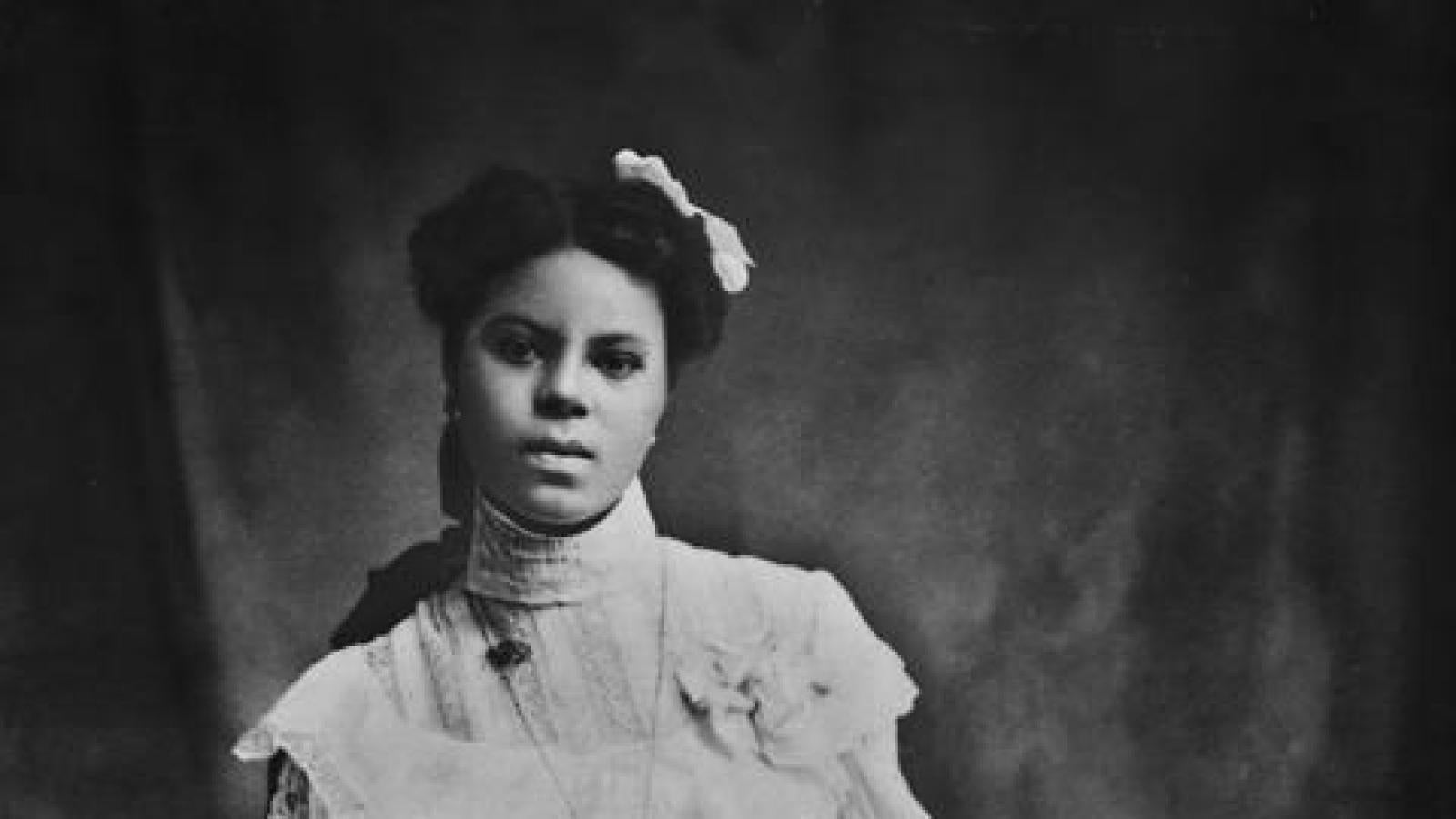 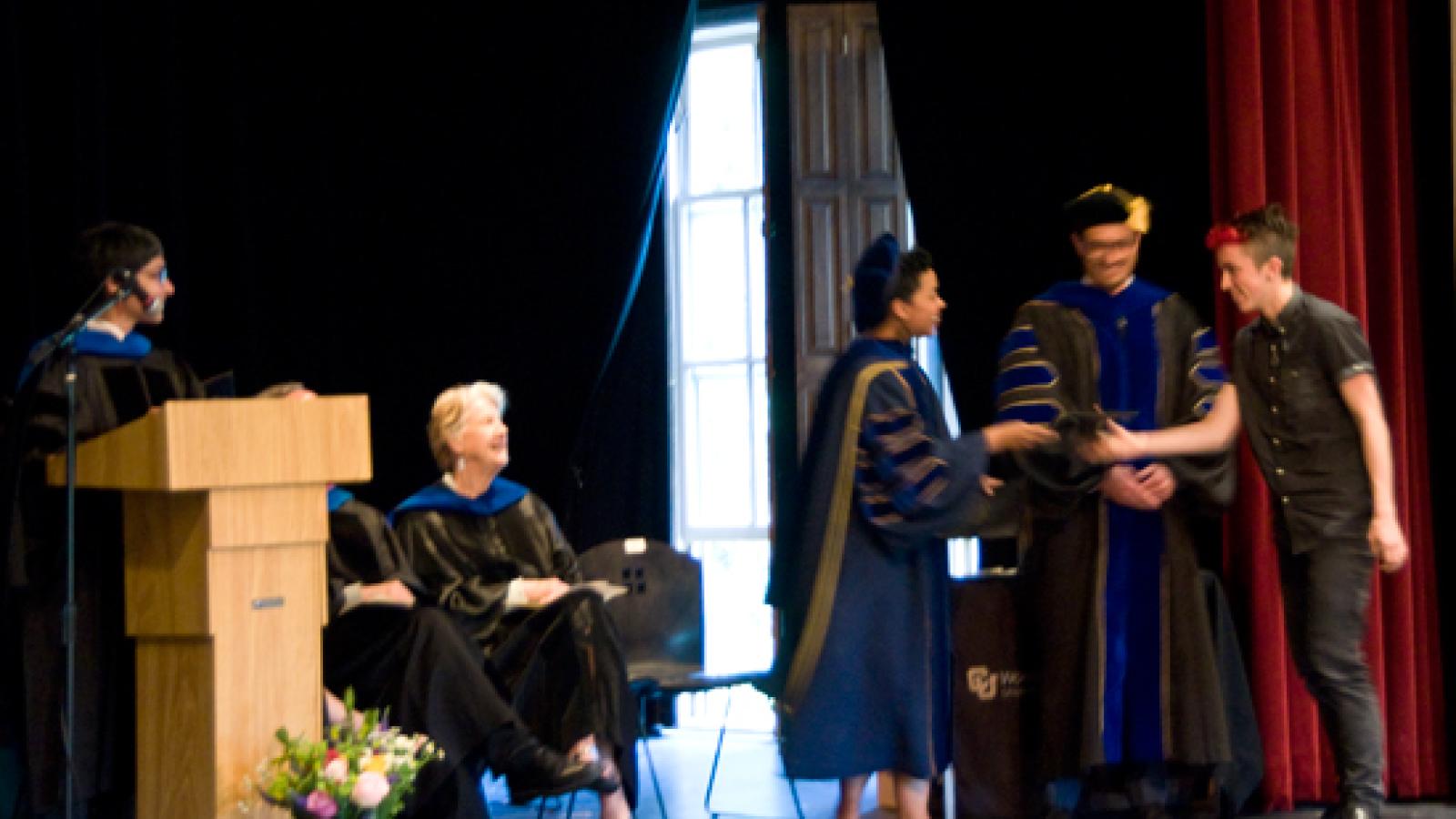