CRISPR-Cas9 has led to great advances in gene editing for a broad spectrum of applications. To further the utility of Cas9, there have been efforts to achieve temporal control over its nuclease activity. While different approaches have focused on regulation of Cas9 or gRNA-regulated CRISPR interference, none of the reported methods enable stringent control of the nuclease activity in bacteria. As a result, there remains a need for improved methods to temporally control Cas9 activity. Currently CRISPR-based editing technologies suffers from low transformation efficiencies caused by the lethality of dsDNA breaks in bacteria and  from associated issues, such as biases in multiplexed libraries towards non-cutting gRNAs.

Researchers at CU Boulder, led by Biochemistry Professor Robert Batey, have developed compositions and methods for temporal regulation of single guide RNAs (sgRNAs) that comprise a small molecule-binding aptamer in the sgRNA, which enables small-molecule-dependent gene editing in bacteria. They also developed a method for selecting sgRNAs that are dependent on other small molecules of interest. 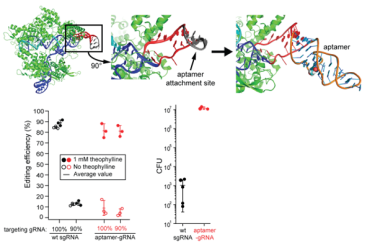 Figure (Top): The aptamer is inserted into the RNA loop (gray) and binding by the theophylline molecule (spheres) is transmitted to the gRNA (blue )via the RNA linker (red).

Further, they reduce the death of host cells caused by cuts in the genome, a major limitation of CRISPR-mediated bacterial recombineering. Temporal control of the sgRNAs will allow timing and titration of the nuclease activity to simultaneously increase transformation efficiency and decrease bias towards unedited escapee cells.

This technology is available for non-exclusive licensing. 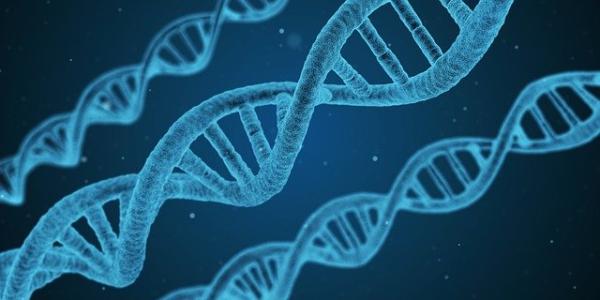 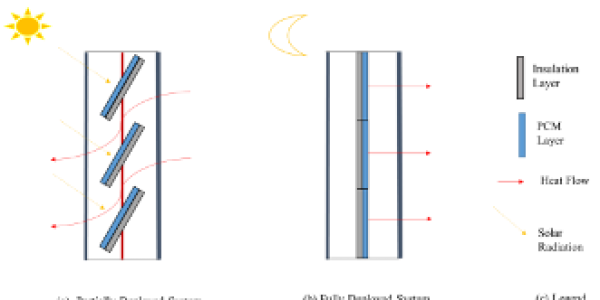 A system that helps enhance energy performance in building by allowing building envelope assemblies to store energy from one side and release it to the other side. END_OF_DOCUMENT_TOKEN_TO_BE_REPLACED 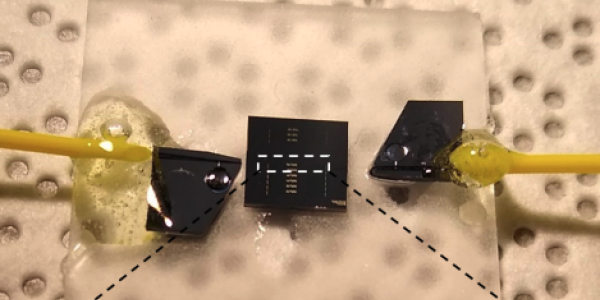 Integrated photonics’ major challenge is the efficient coupling of standard optical fiber to on-chip photonics waveguides and devices. Coupling devices must connect vastly different sized modes while preventing loss of light. This adiabatically tapered fibers coupler is unsuspended and obtains low loss over a large optical bandwidth. END_OF_DOCUMENT_TOKEN_TO_BE_REPLACED
Categories:
Return to the top of the page