CU Boulder and The Conversation

Faculty members who write for The Conversation report that they learn of new research collaborations or funding opportunities and get on the radar of media outlets looking for experts to interview. Good news: Strategic Relations and Communications (SRC) and the Research & Innovation Office (RIO), with generous support from the Provost’s Office and a number of colleges, schools and institutes, have committed to an annual membership for CU Boulder to The Conversation starting in September of 2019.

The Conversation is an independent, nonprofit publisher of commentary and analysis, authored by academics and edited by journalists for the general public. Campus membership benefits, content planning and strategic development of the membership are being led jointly by Julie Poppen, campus news director, and Chris Yankee, director of research communications for RIO. Read pieces by CU Boulder researchers.

Why write for The Conversation?

What it is: The Conversation is an independent, nonprofit publisher of commentary and analysis, authored by academics and edited by journalists for the general public. The Conversation publishes short articles (800-1,000 words) by academics on timely topics related to their research. And CU Boulder is now a paying member, along with a majority of our AAU and aspirational peers!

Its mission: To promote truthful information and strengthen journalism by unlocking the rich diversity of academic research for audiences across America.

Who reads it? Its articles are free to read and republish on a Creative Commons license. Pieces in The Conversation are republished in The Washington Post, TIME, Newsweek, CNN, Scientific American and many more. Through its partnerships with the Associated Press and Community Newspaper Holdings, Inc., articles are picked up in local newspapers—providing analysis in communities that would not otherwise have been able to hear from these academics.

What’s it like to be an author? Once a piece is commissioned, The Conversation editors work with academic authors to establish the point of view and structure of the piece. Every piece is line edited for clarity and accuracy and is read by a second editor and copy editor before publication. Authors have control over the final copy. Editors cannot publish without author approval.

How will I know what becomes of my piece? Authors have access to an author dashboard and can see the number of reads the article has received, the geographic location of those readers and by what media outlets the article has been republished. Dashboards also monitor all engagement on Facebook, Twitter and LinkedIn as well as comments on site. These metrics can be used to demonstrate public engagement and education.

What other schools are actively engaged with The Conversation? The Conversation US began with 19 member schools. Today, 57 different institutions support The Conversation as financial members to safeguard the current service and help it improve coverage and features. Greg Britton, executive editor, Johns Hopkins University Press, said: “It’s the missing link in the chain of scholarly communications” and “In tracking the impact of our authors on Altmetric, The Conversation appears to be the single most powerful factor in delivering global reach.”

CU Boulder authors in The Conversation

Carrying a pregnancy to term is riskier than having an abortion, especially for non-Hispanic Black women. Sociology Professor Amanda Stevenson shares on The Conversation. 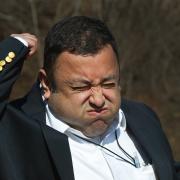 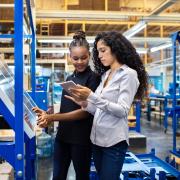 For engineers, asking for help at work is influenced by gender 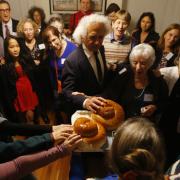 What are the Jewish High Holy Days? 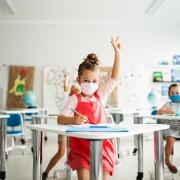