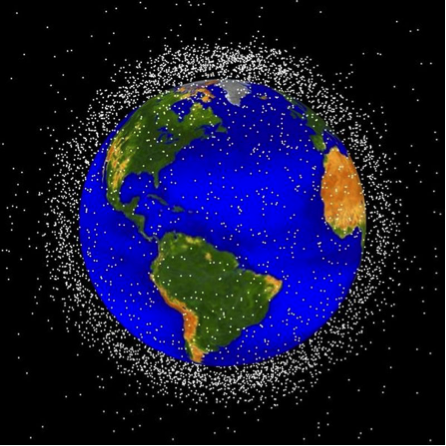 Space weather refers to variable conditions in the space environment that impact the integrity of technological systems supporting our 21st-century society. Fundamental research in how changes of the space environment affects these technologies is paramount for sustaining and advancing our space-reliant and space-faring nation. The SWx TREC Research Office is responsible for identifying and advancing key areas of research that will improve understanding and prediction of space weather effects on critical space systems.

The first targeted research area of SWx TREC concerns low earth orbit (LEO) space assets. The public expectation of uninterrupted services with sustained high-fidelity performance is a constant challenge for operators of LEO spacecraft due to the potential for spacecraft collisions. The ability to predict such collisions is impacted by variable atmospheric drag forces that respond to space weather in drastic ways and alter the position of resident space objects.

This situation requires continuous and precise orbit determination and orbit prediction, conjunction assessment and collision avoidance actions that involve not only the spacecraft response to atmospheric drag but the drag response of all the other space objects in LEO. Orbital determination and prediction depend upon well-specified and accurately estimated thermospheric properties and their predicted changes as a result of space weather events. GPS-aided navigation of LEO spacecraft are also disrupted by ionosphere irregularities leading to the need for ionosphere specification.

The Strategic National Risk Assessment identified space weather as a hazard that poses significant risk to the security of the nation.