SWx TREC develops new concepts for instruments and missions that serve a hybrid purpose: provide real-time or near-real-timedata to operational forecasting centers while also producing cutting-edge research-quality data. Traditionally these functions have been separate, with operational space weather missions usually returning lower-quality data not used in research, while research missions typically produce high-quality data but with delays of hours, days, or even weeks from downlink to data release, making them unsuitable for operational nowcasting and forecasting. TREC's mission concepts break this mold to significantly advance our ability to nowcast and forecast space weather conditions while pushing the boundaries of our knowledge by returning high-quality science data.

The ORB mission is designed to serve the operational satellite community with real-time multi-instrument measurements of the Van Allen radiation belt energetic charged particle (ECP) and magnetospheric wave fields. This capability will enable, for the first time, full domain radiation belt nowcasting and improved forecasting that will directly serve the rapid anomaly attribution (RAA) and operational planning missions of military and civil satellite operators. ORB will fly at least two identical small satellites in a Geo-Tranfer Orbit (GTO) to sample all L-shells of the radiation belts, from the inner proton belt to beyond GEO orbit. ORB is a small-sat mission concept, building on the successes of NASA's Living with a Star (LWS) Van Allen Probes (VAP) mission  that terminated in 2019, but with extended L-shell sampling in a spacecraft approximately 1/4 the size and mass of the VAP spacecraft. ORB partners include NASA/Goddard Spaceflight Center (GSFC, spacecraft) and the Los Alamos National Laboratory (LANL, HOPE detector). CU's Laboratory for Atmospheric and Space Physics (LASP)  leads the mission design and implementation effort and will provide an evolution of the REPT detector from the VAP mission. 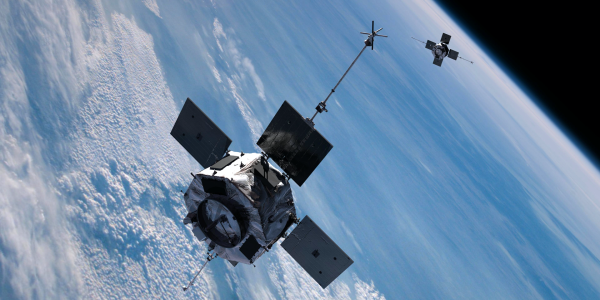 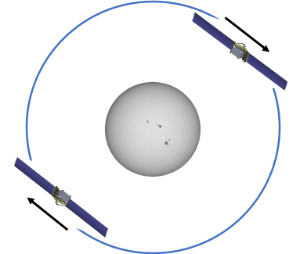 The SPOC mission is a flagship-class mission designed to go where no other satellites have gone before: directly over the polar regions of the Sun. SPOC consists of two identical satellites launched to a Jupiter Gravitational Assist (JGA) maneuver that places both satellites at least 80° out of the ecliptic in solar polar orbits. Ion engines on both satellites then circularize the orbits so that within 6 years after launch, both satellites are in low-eccentricity orbits over the solar poles, with one satellite delayed so that the pair alternate over the North and South poles. Each satellite carries a high-sensitivity visible light telescope and magnetograph combination (similar to the SDO/HMI instrument), a compact coronagraph (identical to the NOAA SWFO coronagraph), an EUV imaging telescope (similar to the NOAA SUVI instrument), and in-situ instrumentation to measure solar wind plasma and magnetic field characteristics. This powerful combination of two identically instrumented satellites orbiting over alternate poles of the Sun will give unprecedented views of the solar system, looking down (or up) onto the ecliptic plane to image every CMEs that leaves the Sun and measuring the magnetic field and helioseismic flow fields of the polar regions with higher sensitivity and spatial resolution than any previous polar-viewing mission including Hinode/SOT and Solar Orbiter/PHI. SPOC will be a revolutionary mission that provides both ground-breaking scientific research and operational space weather monitoring capabilities to greatly advance our ability to forecast solar wind and CME events for both the Earth/Moon and Mars planetary environments. The SPOC mission is a joint project of the University of Colorado Boulder, Ball Aerospace , Lockheed Martin , and the Naval Research Laboratory .