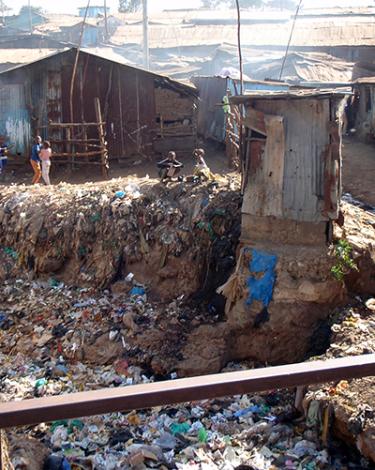 Sustainable sanitation is a challenge facing both developing and developed countries. Sanitation systems protect human health by providing facilities and services for the collection and disposal of human urine and feces, ensuring a clean environment and breaking the cycle of disease.  Despite the importance of sanitation, approximately 40% of the world’s population lack access to basic sanitation facilities, and many resort to open defecation. Each year an estimated 700,000 children die from diseases related to poor sanitation. Sanitation systems protect human health by providing a clean environment and breaking the cycle of disease. In order to be sustainable, sanitation technologies must be economically viable, socially acceptable, and environmentally sound.  Economic viability ensures that a sanitation system can be built, operated and maintained without outside subsidies.  Social acceptability determines adoption and proper operation and maintenance.  Environmental sustainability refers to the technology’s ability to reduce harmful pollution, use limited resources (water, land, energy), and recover resources contained in human waste.  Technical and operational deficiencies of existing sanitation technologies are one factor limiting sanitation coverage.

Common sanitation technologies include pit latrines or flush toilets connected to septic systems or sewer systems, and are largely unsustainable. Pit latrines are socially unacceptable due to odors and environmentally unsustainable since they only collect waste and do not treat it.  Flush toilets connected to septic tanks reduce 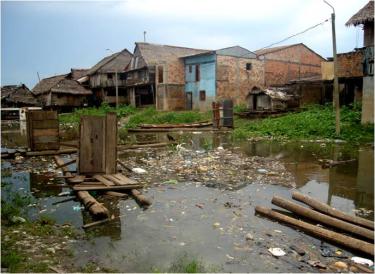 odors but do not fully treat waste. Waste pumped from pit latrines or septic systems must be treated at a centralized facility.  However, the majority of fecal sludge that is pumped is not treated; it is frequently dumped directly into water bodies, thereby contaminating water sources and spreading diarrheal disease.  Flush toilets connected to sewer networks also have significant drawbacks in that they require an unsustainable use of water, land, energy and economic resources to build, operate and maintain.  This is particularly problematic in the face of increasing drought as flush toilets are the principal driver of household water consumption. Construction, operation and maintenance of sewer infrastructure and treatment plants represent prohibitive costs for many parts of the developing world. Furthermore, once treated, the sewage sludge, and the valuable resources contained therein, often ends up in landfills at a huge cost. These unsustainable sanitation technologies cannot feasibly serve 2.5 billion more people worldwide, let alone current households with access to sanitation.  It is necessary to develop innovative sanitation technologies that are socially acceptable, reduce water consumption, take advantage of renewable energy, operate off grid with little maintenance, and create useful products from human waste. The introduction of sustainable sanitation technology would result in significant improvements in health, environment, and energy conservation for both the developing and developed world.