What is a Ring-Tailed Lemur? 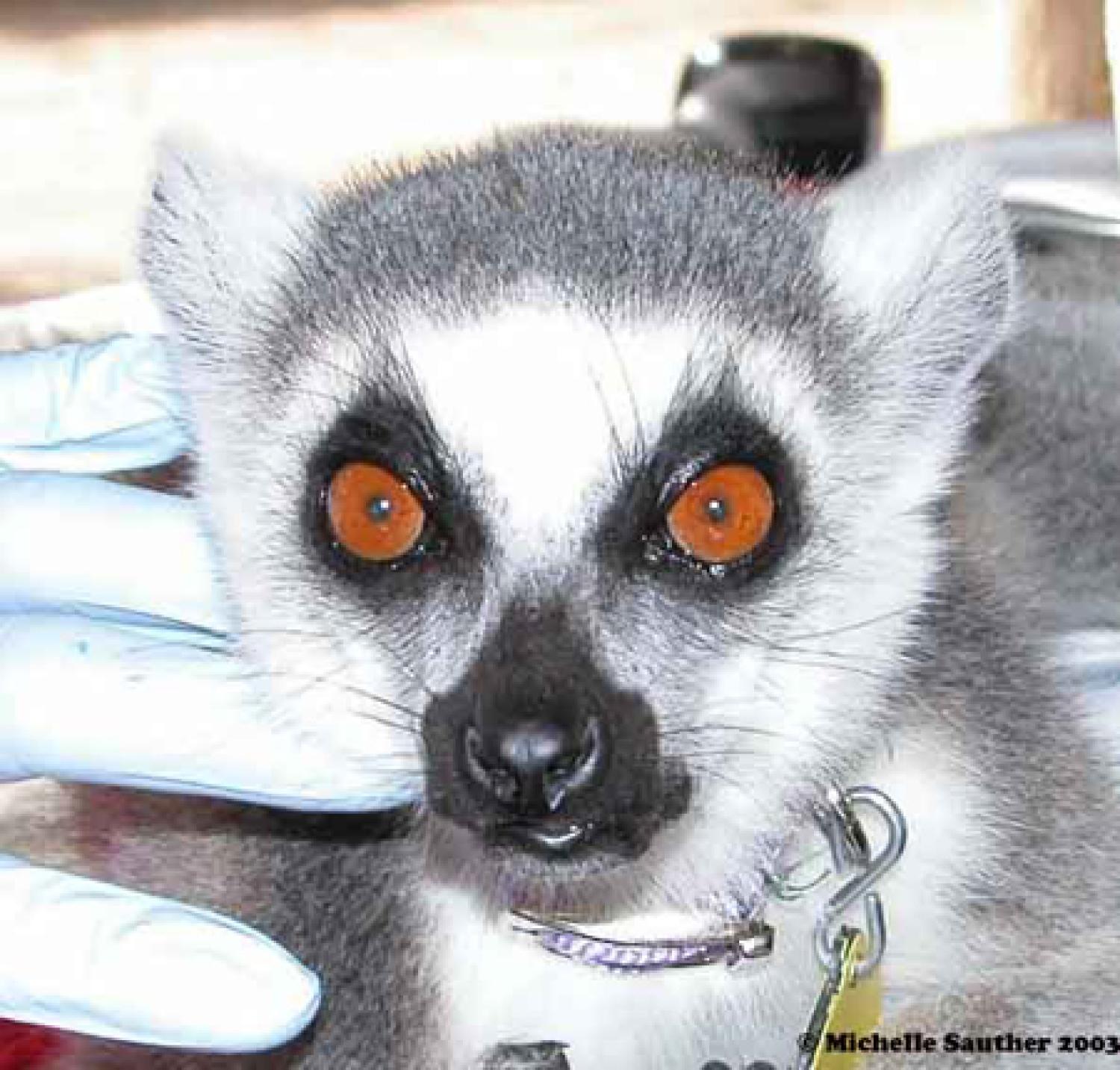 They retain a number of primitive mammalian traits. For example: Reflective tapetum lucidum, which is a layer of cells in the wall of the eye that reflects light back onto the retina, enhancing visual acuity in dim light. They also retain derived traits common to most prosimian primates.

For example: Toothcomb, which is the front mandibular (lower jaw) teeth of ring-tailed lemurs form a "toothcomb". This comb consists of all four lower incisors and the two narrow, elongated canines. The origin of the prosimian toothcomb is often debated, and has been viewed as either a grooming or feeding tool (or possibly both). Ring-tailed lemurs use their toothcombs for both functions. Because of this dual use, ring-tailed lemur toothcombs often show excessive wear (sometimes more than 50%), in addition to frequent damage, including broken, chipped, and even missing teeth (Sauther et al., 2002; Cuozzo and Sauther, 2004). 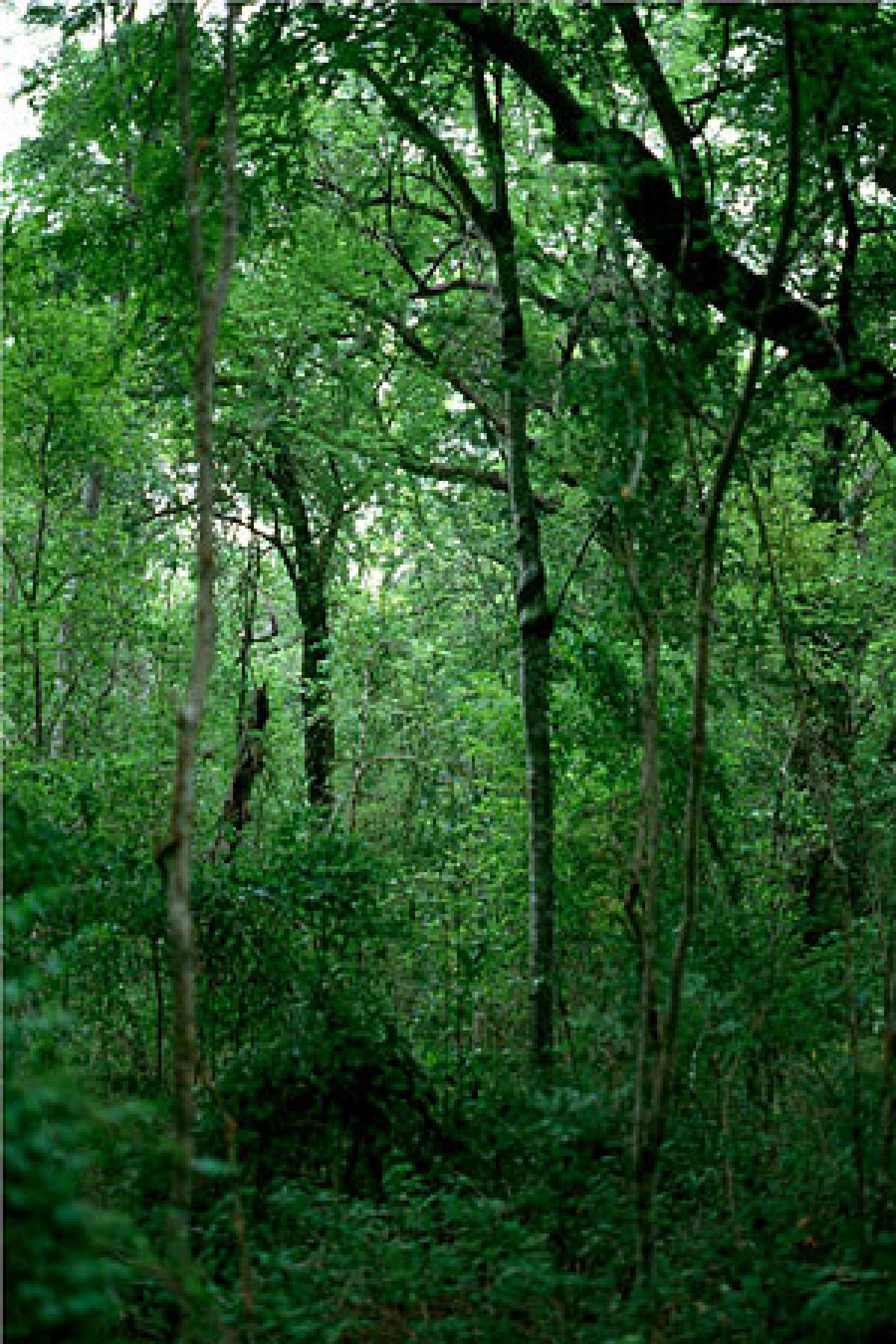 Lemur catta is one of the two lemur species that has been studied over the longest period of time, beginning with Jolly’s (1966) and Sussman’s (1972) pioneering work on this species. Ring-tailed lemurs have been studied primarily at two sites in the south and southwest of Madagascar: Berenty and Beza Mahafaly.

While this species is found primarily in riverine and xerophytic and scrub forests in south and southwestern Madagascar (Jolly, 1966; Sussman, 1977), they are also found in spiny forests and low-lying limestone forests, and one population has even been found at Andringitra National Park in the central south-east, living above the tree-line at an elevation of 2500 m. (Goodman and Langrande, 1996).

Lemur catta has been defined as a very flexible “edge” species: able to withstand relatively extreme temperatures and recover from serious droughts (Sussman, 1977; Gould et. al. 1999; Sauther et al., 1999). They are the most terrestrial species of lemur, spending up to 30% of the time on the ground (Jolly, 1966; Sussman, 1974). 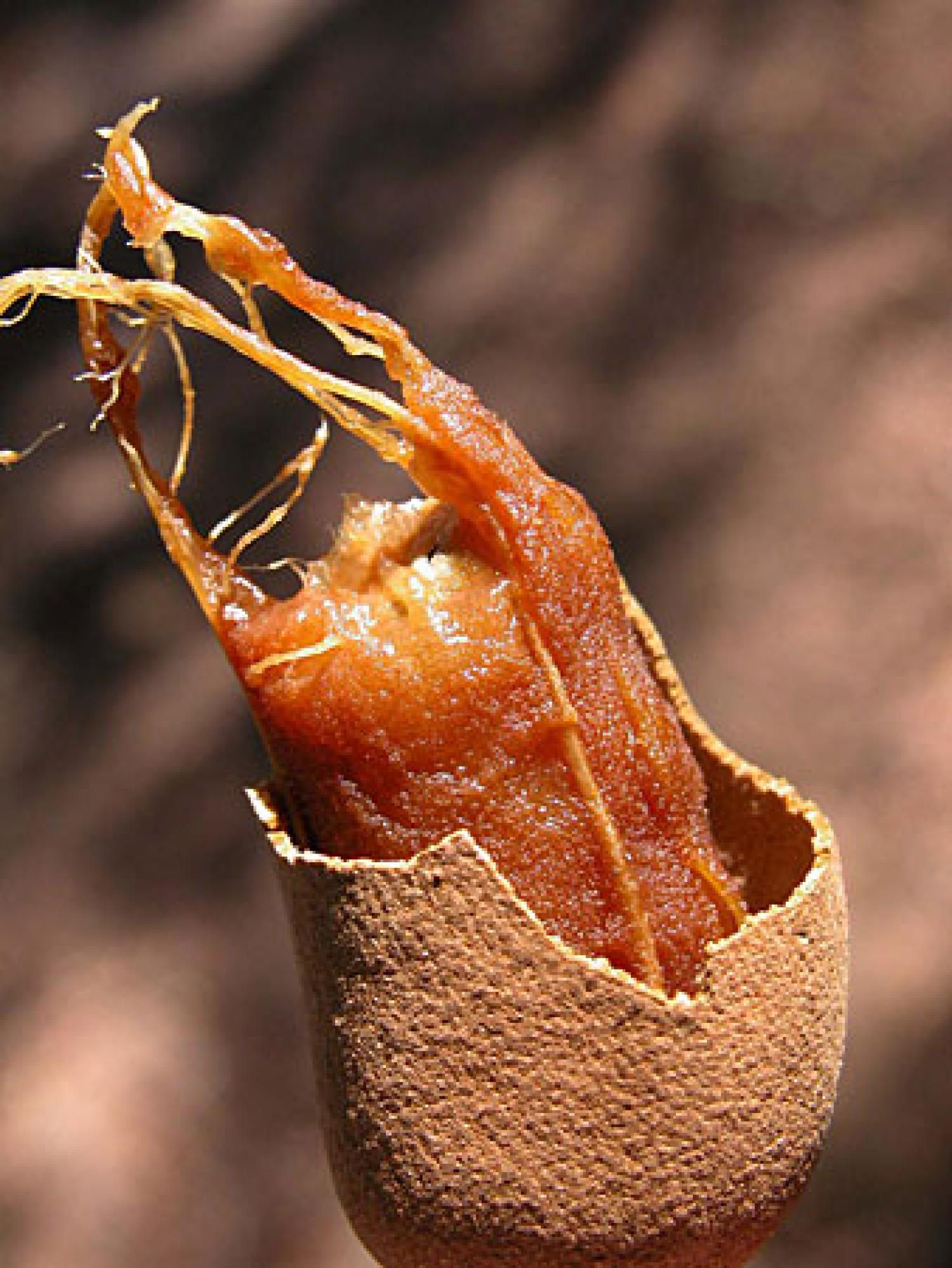 Ring-tailed lemurs are omnivores and include a wide variety of foods in their diet (Sauther, 1994). Tamarindus indica "kily" is an important keystone food for ring-tailed lemurs at Beza Mahafaly Special Reserve. They also eat digested cellulose left behind by termites. 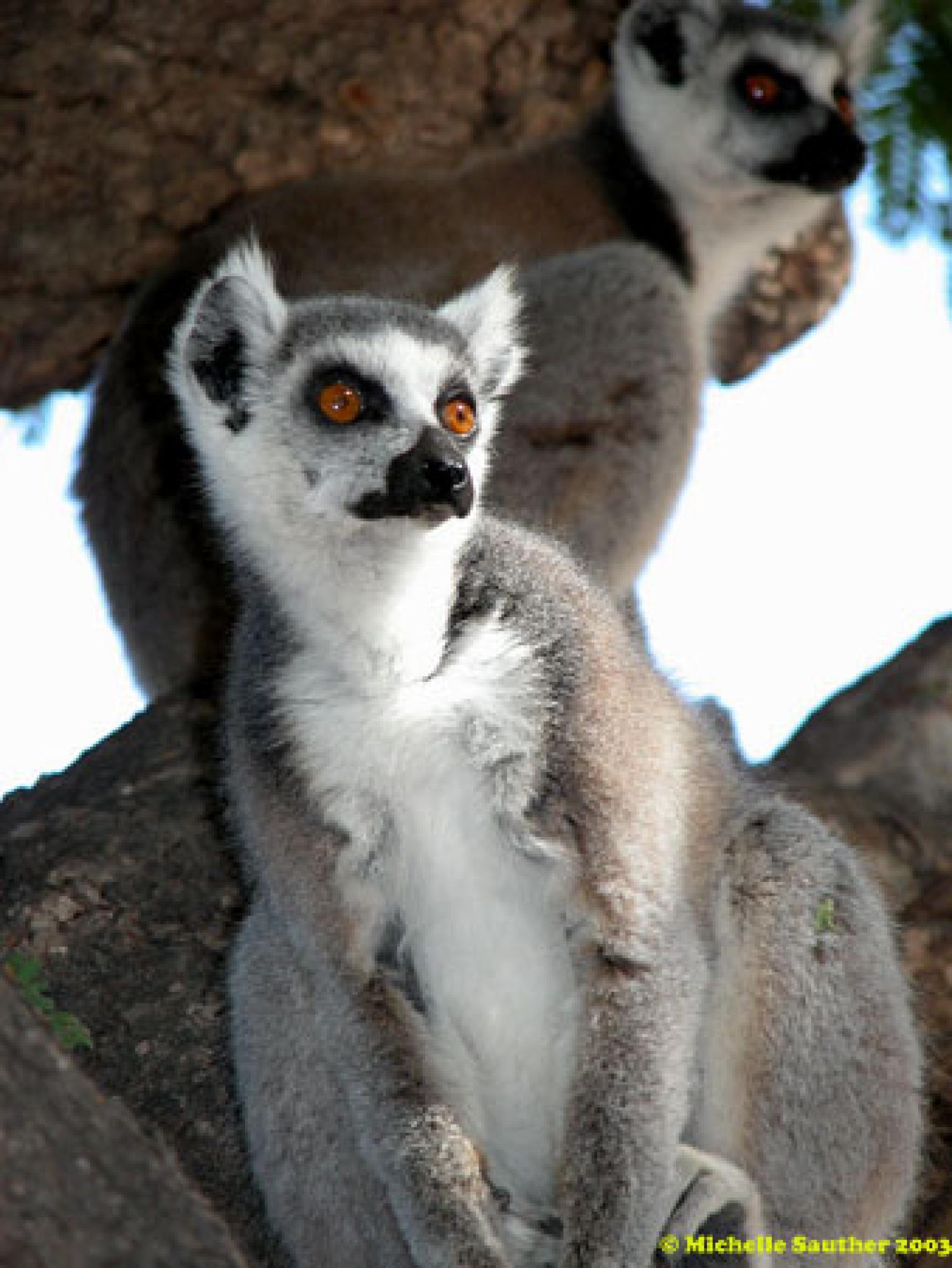 Ring-tailed lemurs live in large social groups with an equal number of males and females. They co-ordinate their movement and usually feed and do other activities in tandem with one another (Sauther et al.1999). Ring-tailed lemurs are a true female dominant society: Females have first access to food, shade and grooming partners. This is a very rare social organization among mammals in general. We have found that this leads to sex differences in health (Sauther et al. 2002). Males have a higher number of ectoparasites, a greater incidence of alopecia and have lower percentages of body fat than females.