Home About The Early Days of Political Science at CU

The Early Days of Political Science at CU

Identifying a beginning point is sometimes easy. It’s clear the Political Science Department was established at the start of the 1957-58 academic year, but the start of political science as a ﬁeld of study at the University of Colorado is a little more ambiguous.

Political Science was not a commonly taught subject at many universities prior to the 20th century: “The only Ph.D. programs of consequence before the end of the 19th century… were those at Columbia and Johns Hopkins” (Somit and Tanenhaus 1967, 34). While other elite, predominantly east coast, universities would begin to build departments of political science during this period, most were devoted to undergraduate education and did not have well established programs of graduate study until the turn of the century.

At the University of Colorado, political science courses were taught as early as the 1890s. In the earliest days, the subject matter of political science appeared as a class or two, taught variously within the departments of History or Economics and Sociology. Faculty “specialists” came and went each year, and the subject was not well accepted as part of the curriculum. It would take several decades before Political Science would be recognized as a ﬁeld of study and many more years before it would become the department whose 50th anniversary we recently celebrated.

Who were the real founders of Political Science at CU and how did the ﬁeld of study evolve into one of the largest majors offered on the University of Colorado at Boulder campus?

The ﬁrst fully trained Political Scientist at CU appears to have been native Minnesotan Arnold J. Lien. Lien received his Ph.D. from Columbia University in 1913. His dissertation was entitled “Privileges and Immunities of Citizens of the United States.” Lien was initially hired as an instructor of Economics for the 1914-15 school year, but a year later he was promoted to Assistant Professor of Political Science, the ﬁrst faculty member so designated. He was promoted to Professor of Political Science for the 1917-18 school year and anchored teaching in this ﬁeld until the end of the school year. 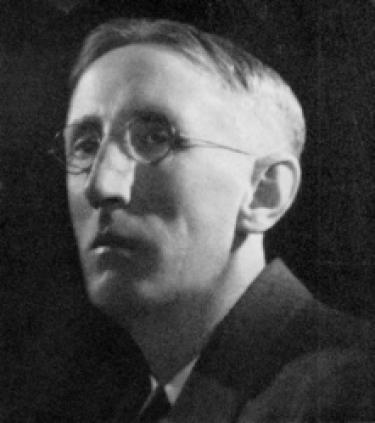 Lien’s primary research in his early days at CU Arnold J. Lien focused on municipal elections, Boulder’s municipal elections to be speciﬁc. A series of articles, comments and newspaper stories tell of his interest in the application of systems of proportional representation in American elections. In 1923, he wrote: “PR is the most ideal plan of representation thus far devised; but nowhere should it be introduced until it is thoroughly understood by the voters.” Lien objected to the election system used by the City of Boulder and had these comments for the Boulder News-Herald (March 24, 1923):


Under the charter as it now stands only three councilmen are elected at each election. This number has proved too small for an adequate representation of all sections and interests, but with all nine councilmen elected at the same time almost ideal results in representation would be secured.

In 1924, when William Shepard stepped down as head of the Political Science Department at Washington University, St. Louis, Lien was hired as the new chair (Ogg 1924, 609). While CU lost its ﬁrst Political Scientist it was Washington University’s gain —Lien held the department chair for the next 28 years and became recognized as the university’s most distinguished teacher. (Today, a residence hall at Washington University, the Arnold J. Lien House, is named in his honor, and two scholarships bear his name. Arnold J. Lien Scholarships in the Social and Behavioral Sciences are awarded each year to three or four entering students.

The ﬁrst expansion of the discipline of Political Science at CU came during the 1920s. Instructor Frederick Bramhill was hired during Lien’s ﬁnal year. A year later, Jacob Van Ek, a newly minted Ph.D. from the State University of Iowa, was hired as an Assistant Professor to help share the teaching load.

As Lien exited CU, Frederick Dennison Bramhall arrived. Prof. Bramhall did not arrive directly from graduate school, however, nor does it appear he anticipated that the west would become his permanent home. Bramhall, born in Albany, NY in 1880, received his Ph.D. from the University of Chicago in 1902. After graduation, he returned to Albany and served as Legislative Reference Librarian for the New York State Library. More than a decade later, Bramhall returned to Chicago to complete his graduate studies and to teach. In 1918, the University of Chicago Press published his important book, “Democracy, The Basis for World-Order.” Ultimately, however, the city and its climate did not agree with him:

Mr. Frederick D. Bramhall has been obligated to discontinue his work at the University of Chicago on account of a breakdown in health. His present address is Sun Mount Sanitorium, Santa Fe, New Mexico (Ogg 1922, 305).

While the details are lost to history, tuberculosis was the likely culprit of Bramhall’s ill health and resettlement in an arid climate the recommended course of action. His recovery was swift; the dry mountain air agreed with him. In fall 1924, Bramhall began his career at the University of Colorado as an Assistant Professor. Unlike Lien, Bramhall remained at CU until his retirement in 1948, anchoring the discipline during its early, pre-department days and serving as Emeritus Professor until his death on September 17, 1953. 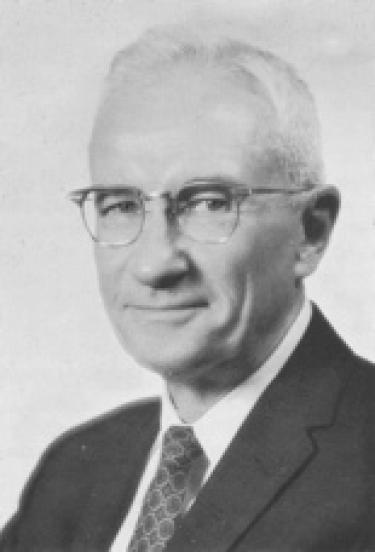 Much has been made of the meteoric career of “The Boy Dean,” Jacob Van Ek, who arrived at CU as a young assistant professor fresh from his degree at the State University of Iowa in 1925. Within three years he would become a full professor and by 1929 he was Dean of the College of Liberal Arts, serving until 1959. But Van Ek was a Dean second and a Political Scientist ﬁrst. His publication record would be recognized through the remainder of the 20th century (Klingemann, Grofman, and Campagna 1989). Today the annual Van Ek speaker series attests to his keen interest in the development of knowledge and the Jacob Van Ek scholarships honor his memory by rewarding the highest academic achievements of Political Science majors. 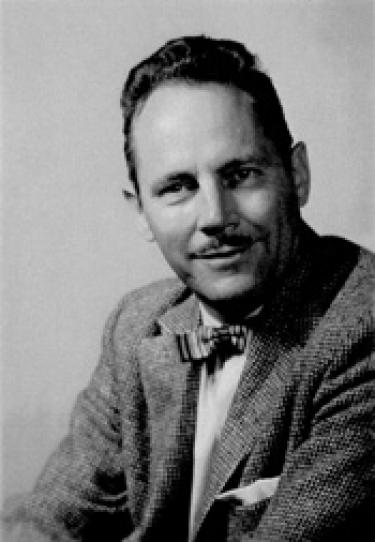 After World War II the nation experienced dramatic growth in the numbers of students enrolling in public institutions of higher education. Faculty ranks at CU increased between 1946 and 1950 to meet this demand. In the Political Science Division, Van Ek and Malick were joined by Associate Prof. Leo Riethmayer and Assistant Professor Curtis Martin in 1946, Associate Prof. Henry Ehrmann in 1947, and Assistant Professor Merrill Goodall in 1949. Institutional preferences were reﬂected in these hires with Riethmayer coming from Van Ek’s alma mater, The State University of Iowa, and Martin following Malick’s Harvard University footsteps. Three additional instructors (John Ballard, Sabe Kennedy and Richard Welty) helped to round out the discipline’s course offerings in 1950.


During the next ﬁve years the Political Science faculty expanded further both as a group of scholars and into university administration. Van Ek remained Dean of the College of Arts and Sciences. Dayton McKean, a former CU undergraduate, returned to CU as a Professor of Political Science and Dean of the Graduate School. Curtis Martin, an Associate Professor during the early 1950s, became chair of the Political Science Division of the Department of Social Sciences while his senior colleague Clay Malick chaired Social Sciences. By 1955, James Busey, James Dunbar and Fred Neal also joined the faculty bringing the complement of Political Scientists to nine, creating a critical mass that would shortly become an independent department.

Establishing a Department of Political Science 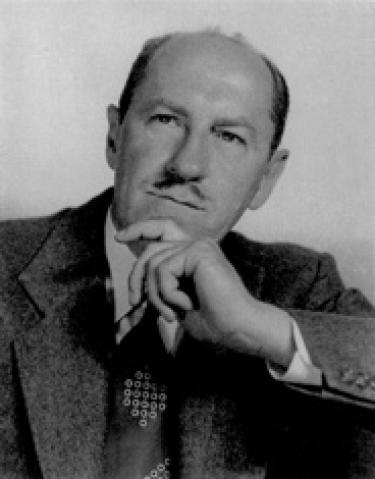 The Department of Social Sciences ﬁnally broke apart in the late 1950s with each of the modern social sciences organizing as separate departments. Economics, Sociology, Anthropology and Political Science found independent status under the last years of Jacob Van Ek’s 30-year tenure as Dean of the College of Arts & Science.


Curtis Martin chaired the Department of Political Science during its ﬁrst wo years. A&S Dean Jacob Van Ek was one of its six full professors. Dayton McKean, Dean of the Graduate School, was another. (Much like today, many of the department’s full professors ﬁlled important roles around the university.) Clay Malick, Leo Reithmayer, and Henry Ehrmann rounded out the corps of full professors and did much of the teaching. Jim Busey was the department’s lone associate professor. A set of newcomers, Conrad MacBride, Edward Rozek, Dick Wilson, and Laird Dunbar ﬁlled the Assistant Professor ranks. 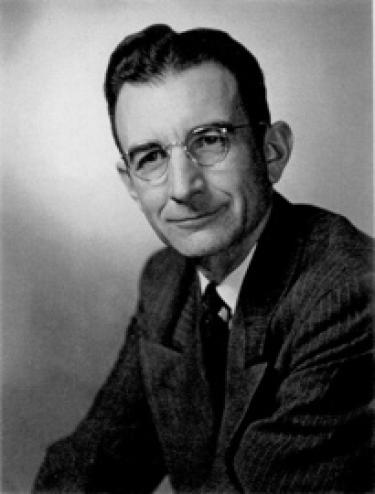 Many of these individuals guided the department through the turbulent years of the 1960s and 1970s and then passed the torch. That torch continues to be passed. Today the department is more than twice its original size with a gaggle of junior faculty who will write their own history and one day pass the torch on to yet another generation of political scientists. 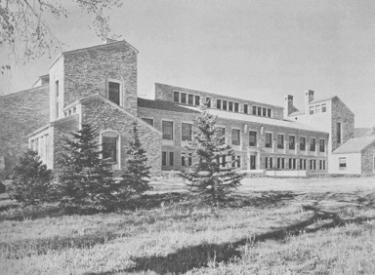 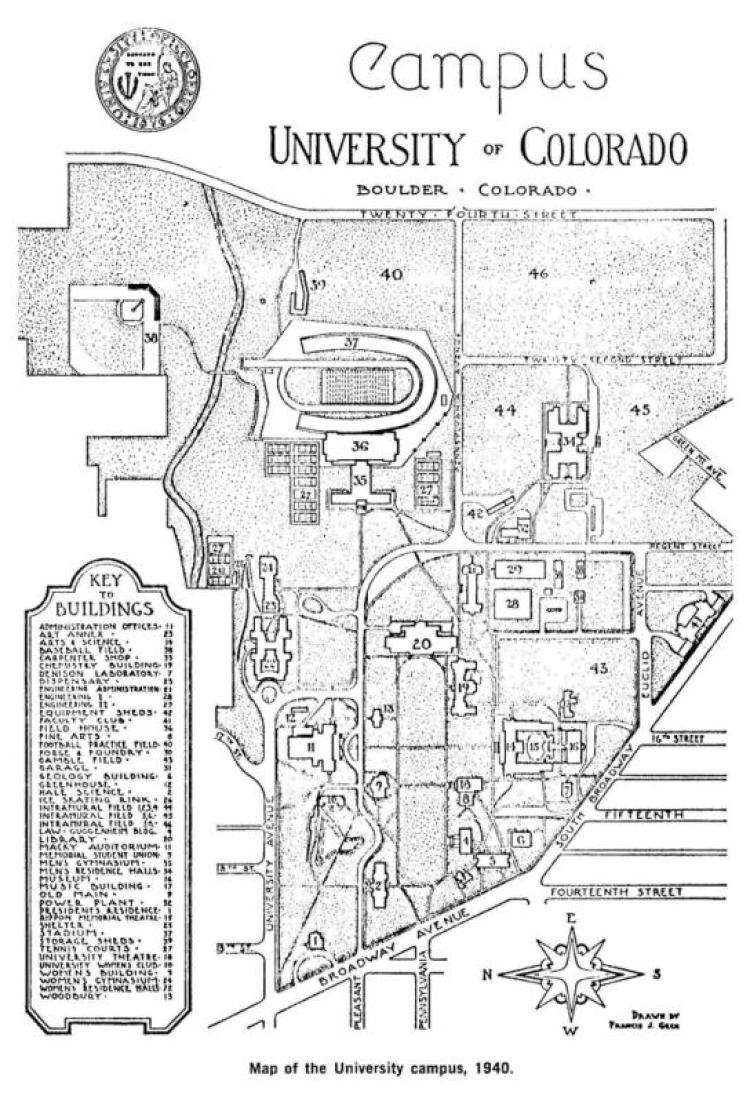