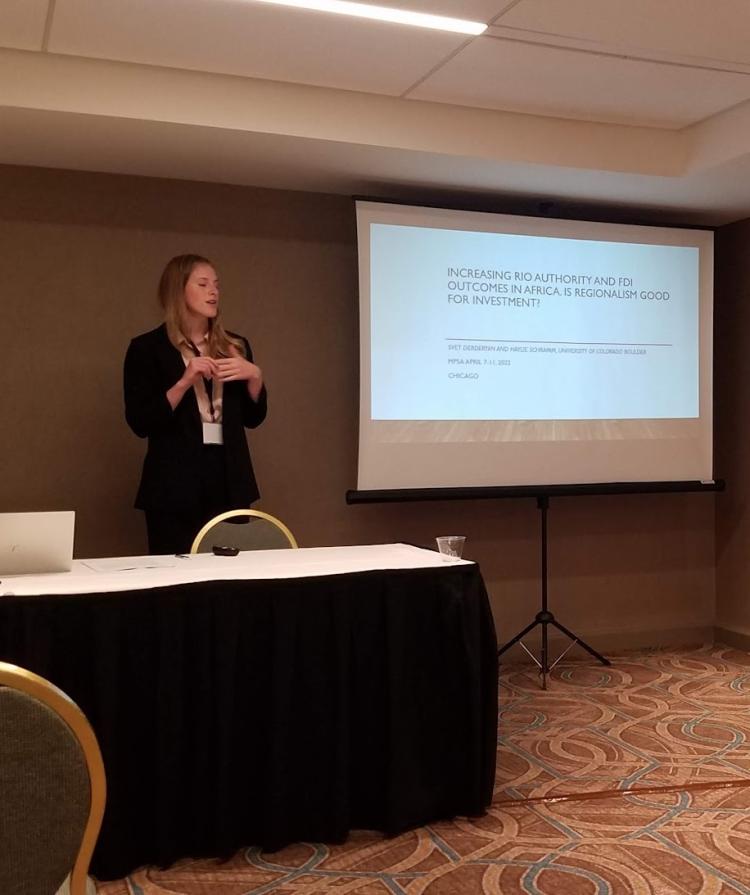 The STUDIO Research Lab: What It Is and Where It Is Going

If ever there was a win-win initiative, the STUDIO Lab is it. STUDIO pairs CU undergraduate students with CU social science faculty to work as paid research assistants on research projects. In other words, students receive valuable research experience and mentorship by working directly with world-class research faculty, all while getting paid! Meanwhile, faculty members experience the joys of mentoring young people while also receiving valuable assistance and support for their research projects. A win-win indeed!

STUDIO began in the CU Political Science Department, as it is the brainchild of Political Science Professor Sarah Wilson Sokhey. When Wilson Sokhey envisioned and established the STUDIO lab in 2020, she had no idea how successful it would become. Initially working primarily with Political Science majors and faculty, Wilson Sokhey began by soliciting applications from students interested in working on faculty-led research projects, and she then decided whom to admit and how to pair them with faculty. Students who were accepted and participated benefited not only from the research experience and pay, but also from STUDIO's professional trainings, networking opportunities, and social events. In addition, although most of the collaborations and events occurred remotely because of COVID restrictions, STUDIO gave students a way to maintain steady contact with their professors during the pandemic. After just a few semesters, Divisional Dean David Brown caught wind of STUDIO's success and decided to scale up the idea to the entire Social Sciences Division, which is composed of ten departments. To no one's surprise, Dean Brown asked Wilson Sokhey to be the director of this much larger undertaking!

Today, STUDIO is so popular among students that the number of applicants far outruns the amount of funding and thus the number of available slots. If you are interested in supporting STUDIO so that we can hire more undergraduate students, please click here.

Our STUDIO students in the 2021-2022 academic year reflected a wide range of backgrounds and research interests. Projects have included research on the teaching of statistics in the social sciences, the Yoruba diaspora and anti-slavery legislation, presidential executive orders, the political behavior of single parent households, immigrants’ political participation, indigenous politics, environmental activism, and the European Union.

Wilson Sokhey published an article, coauthored with Jeffrey Nonnemacher, about her experience of setting up STUDIO and her efforts to attract a diverse applicant pool and set of participants. Nonnemacher himself is a former CU undergraduate who helped to set up STUDIO!

Former STUDIO students are already moving onto great things like founding their own businesses, studying languages abroad, and working for the private sector and the government.

Incoming first year undergrads can apply here by Friday, August 5th to be considered for STUDIO for the 2022-23 academic year.