Former CU Boulder student body president Joe Neguse made a name for himself in Colorado. Now he’s doing it in Washington, D.C.

There he is with Nancy Pelosi in the House Chamber. There he is making phone calls with Joe Biden. There he is addressing the press, Bernie Sanders behind one shoulder, Cory Booker behind the other. That’s him on C-Span, CNN and CBS’ “Face the Nation.” 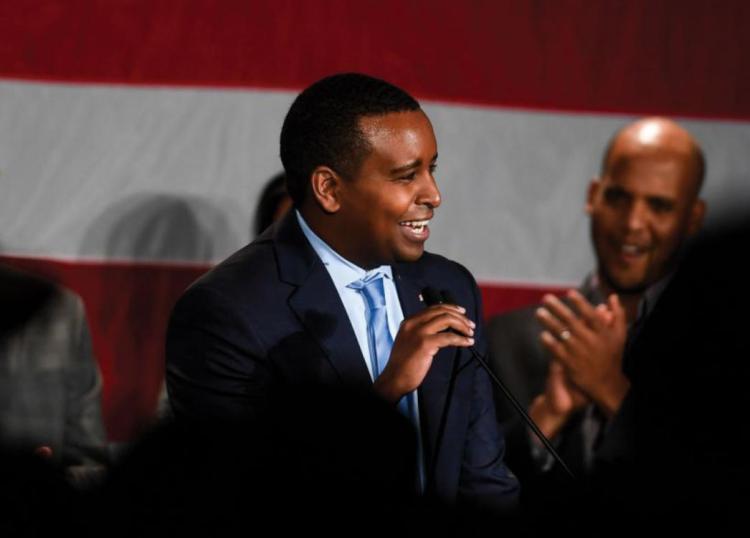 Former CU Boulder student body president Joe Neguse (Econ, PolSci’05; Law’09) made a name for himself in Colorado. Now he’s doing it in Washington, D.C. In November the one-time Baker Hall resident was handily elected to Congress from Colorado’s 2nd District, which includes Boulder, becoming the first CU graduate to represent the university’s hometown in the House of Representatives since 1975 and the first African-American elected to Congress from any part of Colorado. Neguse, 34, hadn’t been sworn in yet when he emerged as a prominent member of Congress’ incoming class, the most demographically diverse in the nation’s history. Within weeks of the Nov. 6 election, he was elected to the House Democratic leadership as co-freshman representative. Soon afterward, he was asked to deliver the party’s final weekly address of 2018. Since taking office Jan. 3, Neguse has won seats on the House Judiciary and Natural Resources committees, the latter of particular interest to Colorado, given its influence over policy affecting public lands, outdoor recreation and wildlife. As of late January, he had introduced more bills than any freshman member of the 116th Congress. No one who knows him is surprised. “You never saw him wasting time,” said Steve Fenberg (EnvSt’06), majority leader of the Colorado State Senate, recalling his days with Neguse at CU, where they became close. “He was always doing something in service of his goals.”