Who is in the Political Science Club?

For Harper Scott Martin, politics have always been a major passion. “I grew up on Capitol Hill so since a very young age I was sort of indoctrinated into caring about politics, and it hasn’t gone away,” he explained.

After learning about Scott Martin’s impressive history with politics, it’s easy to see how he’s in such a position. Coming out of high school he jumped right into the belly of the beast joining the campaign team for the Democratic presidential primary candidate, Bernie Sanders. “I just started showing up at the office everyday until they gave me a job three weeks later,” says Scott Martin. Starting as a typical intern, he then climbed up the ladder to doing more advanced tasks under the official title of National Advance Staff. Through the campaign trail he got a first hand view into the land of politics and witnessed the excitement of campaigning.

After this impressive beginning with politics he found himself at the University of Colorado as a political science major. Like anyone with this enthusiasm, he decided to immerse himself even further into the world of politics. He did this by joining the CU Political Science Club, and he soon became the president. 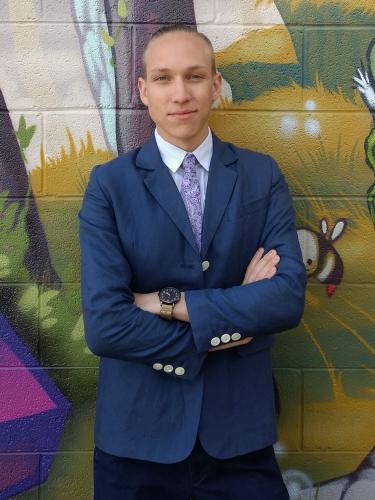 Scott Martin truly believes that the political science club is a more than positive experience for those who share his excitement toward politics. There are experiences in this club one may never get out of class. “I think that the club is very important because not everyone takes political science classes that involve current events,” he says. The club offers students a time to discuss current events, which is a crucial aspect of being a part of and understanding politics.

The club also gives students a chance to network and interact with those already in the field. Scott Martin states, “I think it’s a great idea for students to meet these people, both because the experience and that they might actually get a job out of it. I mean there’s plenty of students that work in the state legislature here in Colorado, and all it takes is a conversation with a particular person.” To Scott Martin, the importance of the club’s interactions between student and professional could not be overstated; “This is it, you can take all the classes you want, but at the end of the day this is where you career starts. It starts by meeting with the right people and hearing from the right people."

The club conducts a meeting every Thursday at 7PM in Ketchum 1B44. Anyone who has a passion for political science and wants to join can! The club is open to all.