David Bearce, both a Political Science and International Affairs professor, says his earliest memories were of his time spent in Kenya when his father joined the Peace Corps. 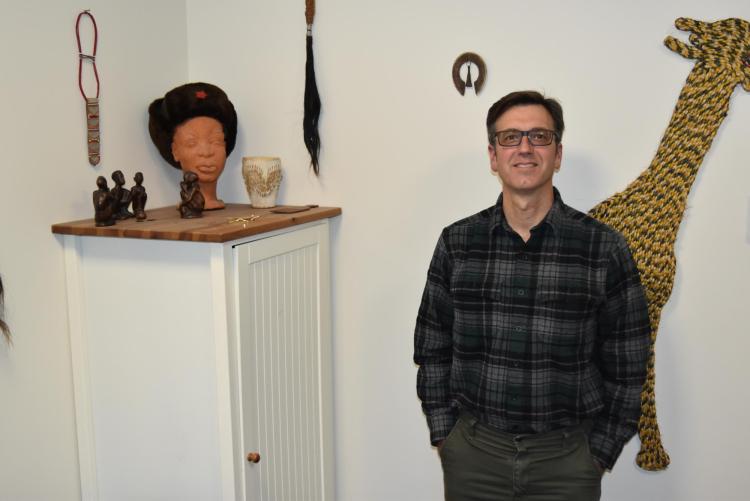 “The Kenyan government wanted professors to train Kenyans to teach, so you can’t just take college kids,” Bearce says. “If you want professors, you have to be willing to take the professor’s partner and children. So the whole family went to Kenya for two years, and that’s where I started school.” Because Kenya had only gained its independence less than a decade earlier, Bearce remembers a strong British post-colonial presence. “I came back to the US with a British accent,” he says.

Growing up, he had always been exposed to worldly events. “I’ve been interested in politics from the beginning, I just wasn’t sure if I would make it my career.” Bearce earned his undergraduate degree at Davidson College during which time he studied abroad in the South of France. Upon his return to the US, he had no intention of becoming a professor.

Bearce began working at the Brookings Institution, a think tank in Washington D.C. after earning his undergraduate. “I wanted to advance in Brookings but would need a PhD. I also came from an academic family so I started to think more about teaching--if I did that, I would need a PhD.” Either way, he would need to go back to school.

After earning his doctorate at Ohio State, he began working at the University of Pittsburgh. It wasn’t until ten years later that he was offered a position at the University of Colorado and chose to move out to Boulder. He now holds a unique position of teaching in both the political science and international affairs departments.

Within the Political Science Department, Bearce has been conducting research on voter attitudes surrounding both immigration and trade policy. “Voters--and this isn’t just true in the United States, but voters in general--do not like immigrants,” he says. “This creates an unfortunate tradeoff between democracy and immigration. If you let voters decide what they want, the median voter wants a closed border and does not want anyone else to come in.” Despite this realization, however, Bearce and his team have gradually seen immigration policies become more open.

“This is an awkward thing because it isn’t what voters want. So the question is why is this happening?” If voters aren’t pushing legislators to open borders, then Bearce suggests it is a result of special interest pressure. “These are big businesses in declining industries who need low skill but cheap labor. Alternatively, you have some high skill firms that are complaining they don’t have enough high-tech engineers and programmers.”

“Oddly enough, if you are in favor of immigration policy, then your ally is American big business.” Free trade and less restrictive immigration policies generally lower domestic prices, but Bearce’s research finds voters are more concerned with the fear of losing jobs. Because the public thinks more like a producer than a consumer in this regard, special interests are stronger advocates for open borders. “So if you block the special interests,” he says, “all we would get are more restrictive immigration policies.”

Professor Bearce and several other CU Boulder educators recently attended the International Political Economy Society Conference where he and three others presented their research.