Professor Andrew Philips arrived at the University of Colorado this semester – making him the newest addition to the Department of Political Science.

“I chose this department because everyone was working on interesting projects and there was an emphasis on political economy, which is the substantive topic that I focus on” he said.

For Philips, being a professor was an idea that was ingrained in his mind from an early age. “I have always been addicted to new information and new ways of thinking.”

Philips has been dedicated to learning in every stage of his life. “In high school, I was the kid who borrowed books from the physics teacher. In college, I always read the "suggested readings", and would email the professor with news articles relevant to the topic we were studying. Today, I listen to the audio edition of the Economist every week when I run.”

In undergrad, Philips’ attraction to knowledge meant that he had many interests before he settled on political science. “I started off in engineering, which I liked, but I also enjoyed economics and history. After a while I wanted to change majors, so I sat in on a political science class taught by a well-known professor,” he said, “I was hooked.” 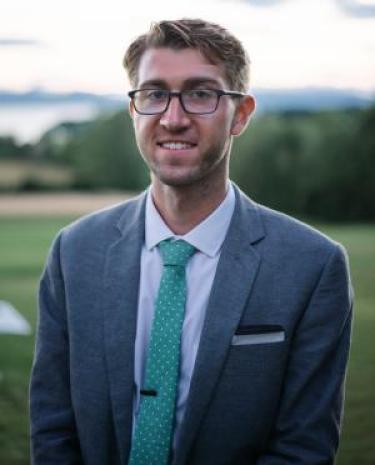 Now that Philips has a Ph D, he has continued to concentrate on political science methodology. “My research involves creating new methods or applying existing ones to problems that political scientists care about.”

“Substantively, I am interested in a number of topics, such as the manipulation of budgets before elections in order to win re-election, how and when governments decide to re-allocate their budgets, and the factors that affect inequality across multiple income groups.”

Working in academia is attractive to Philips because “as a professor, you don’t really have a boss and there are very few other fields where you have this amount of freedom.”

Along with the independence that comes with being a professor, Philips finds it “fun to teach students, especially when they take in the material and it is extremely rewarding to see your name on papers and books.”

His favorite class to teach so far is PSCI 7155: Maximum Likelihood. “It is a graduate class with a great group of students. They are learning and I am learning.”

Philips wants to encourage students “to constantly expose themselves to new ideas, whether that is reading fiction or non-fiction, listening to a new podcast, or exploring "long-read" news articles at places like the Atlantic or Medium.com.”

According to Philips, “it is the best way to get new ideas about topics that interest you, and may even change the way you think about a particular topic.”

Philips emphasizes that “this is especially relevant today, when too few of us are willing to step outside our pre-conceived notions about things.”