Most people only have time for one career in their life, but Dr. Greg Young couldn’t stop at just one. “You could say I’ve had two careers. I did 24 years in the Navy and now 20 years as an academic or as a teacher” he said, reflecting on his busy life. 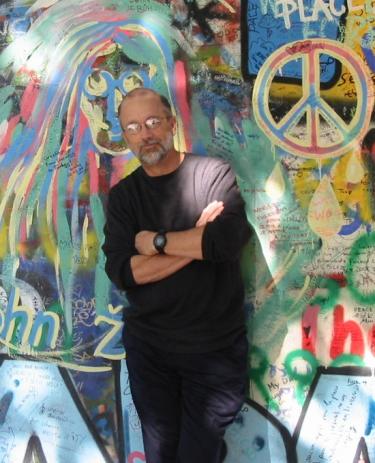 My dad was in the military and my mom was a teacher” Young said, “so I’ve kind of followed in both of their footsteps.”

While flying for the Navy, he spent his time "flying P3s chasing Soviet submarines all over the world" where he became “very interested in International Relations.”

For Young, academia was not the initial goal; his “priorities were to study political science, maybe go to flight school, and then maybe go to law school.” It wasn’t until the Navy sent him to Postgraduate School -- where he was challenged by its prestigious faculty -- that he thought “this is ok, I kind of want to be an academic.”

It was during this first stint in graduate school where he got his first “15 minutes of fame.” His master’s thesis uncovered a mutiny in the Soviet Navy and became the basis for Tom Clancy’s first novel, The Hunt for Red October and later his own book, The Last Sentry.

One thing Young reiterates in each of his classes is that “there is no one variable to explain anything in the world.” Nowhere is this truer than Young’s annual trips to Turkey.

“I went to high school there” he said, which contributed to the decision to travel to Turkey every summer. But also, the International Affairs department “really encourages faculty towards speaking another language.”

“I was at a point in my academic career and my kids were gone which allowed me to travel,” said Young. Having some background in French, Turkish, and Russian, the decision to go to Turkey came down to his wife. “She had been to Russia with me a couple times and didn’t like it. She loved France, but I didn’t think that would help me out teaching Middle East Politics. She really loves Turkey and the Turkish people.”

“For the first several summers, in the mornings, I would go to language school, and in the afternoons I taught a class at Boğaziçi University,” he described about his daily routine in Istanbul.

He keeps going back because “the country is beautiful, the culture is incredible, the food is wonderful, the shopping is good, the politics are like a traffic accident and despite the political unrest, we feel safe there.”

“It was important for my credibility in teaching about revolution to get tear gassed” he quipped, describing how both he and his wife have been tear gassed twice in Istanbul on the periphery of the Gezi park demonstrations.

To avoid the "chaos of Istanbul” every summer, he moved to Kaş on the southern coast. “All I’m doing now is going to language school” he said, “so I must confess it is more of a vacation.”

For Young, teaching at CU is something he is incredibly proud of. “I’m teaching faculty” he says, and “I do some research and write a little bit, but I’m about teaching.”

“I had opportunities to do some other things,” he said. “I could have gone off and got a tenure track position but the idea of 1) living in Boulder and 2) being able to come back here and teach” kept him at CU.

“This is a good gig” he said, “why would I want to do anything else?”