Horst Mewes grew up in Germany after the second world war. In 1955, at age 15, he immigrated to the United States with his parents.

“After the war, Germany was heavily destroyed, so it was rebuilding,” Mewes said. “When we came to the U.S., it was a big difference. My parents were probably lower-middle class in Germany, but when they got here they got good jobs.”

Mewes was made aware of twentieth century German history and the importance of democracy after coming to the United States. He had teachers in both high school and college who got him interested in political science, and he decided in college to pursue a degree in the field.

“I got more and more of an impression of how important politics is,” he said. “If democracy is destroyed, politics can create enormous damage. The defense of democracy has always been my main concern because of my own experience.”

He went back to Germany as an undergraduate and graduate student and later earned his Ph.D. at the University of Chicago. In writing his dissertation, he met Bill Safran, a professor at CU, who suggested he apply to an o 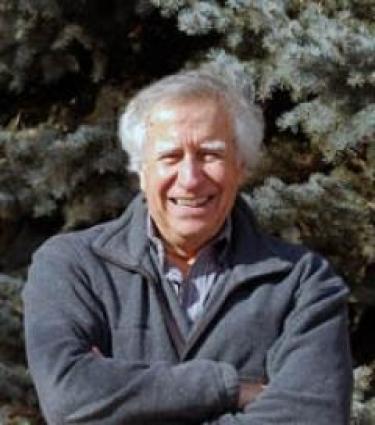 “Once I learned about Colorado and Boulder, I wanted to stay, and I never left,” Mewes said. He has been at Boulder for more than 40 years now and currently teaches courses on democracy in the EU and political philosophy.

“I have a lot of memories, since I’ve been here for a long time. I want to get the students interested in politics because I think it’s so important,” he said. “Democracy always has to be protected and fought for, it doesn’t live by itself.”

Mewes has traveled back and forth between Germany and the United States frequently throughout his life, and has been very impressed to see Germany become such a stable democracy. “I’m very much supportive of what is called the Atlantic Community between Europe and the U.S.,” he said. “Germany plays a very important role in that, so I have kept up my interest—but my main interest now is Europe as a whole, not just Germany.” He has also been teaching in Portugal and is excited to get to know another nation.

The professor’s many accomplishments include several articles he’s written in Germany and a book in German about American politics and American constitutional law. He continues to write on European philosophies and democracy in the European Union.

Mewes uses his experience to fuel his passion. “I could have retired a long time ago,” he said, but he continues to teach because he recognizes the importance of encouraging students to get involved in politics.

“That’s why I really enjoy Boulder, because I think the department has a very important role to play,” he said, “and I want to contribute to that.”