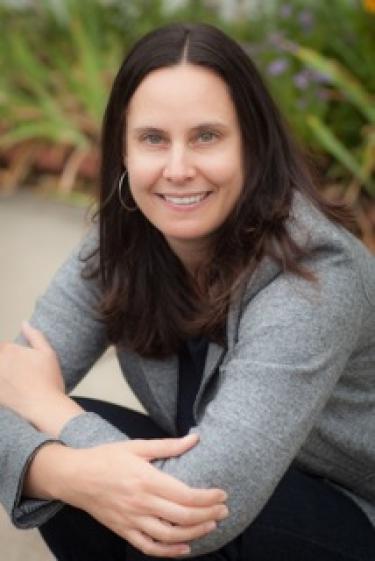 “I always liked the idea of being a professor,” Dr. Carew Boulding reflected from her serene, second-story office. Packed wall to wall with books, the office is a reminder of the ten years Boulding has spent doing what she loves at CU Boulder, the only university she’s ever worked at.

“I applied for about forty jobs at universities all over the world,” she said. “I felt incredibly lucky to get the job at CU. I love Boulder—there aren’t many better places to live.”

To be sure, Boulding has many ties to the scenic college town. She spent her childhood in Boulder, and her husband is a CU graduate. What’s more: her grandparents, Kenneth and Elise Boulding, both taught at CU in the economics and sociology departments, respectively.

“My grandparents were kind of public figures in Boulder,” Boulding said. “Through the ‘60s, ‘70s, and ‘80s, they were really involved in organizing peace movements.”

She’s reminded of their contributions whenever she happens upon newspaper articles about their achievements or academic papers published by her grandparents.

“They’re definitely inspirational people to me,” she said. “I was really close to both of them.”

Though many factors played a role in Boulding’s decision to become a professor, she is “sure it was influenced by seeing the work that they had done.”

Now a tenured professor herself, she puts maximum effort into all aspects of her work and enjoys when she can bring her research and her teaching together.

“Undergraduates often don’t get the opportunity to understand the research their faculty are doing,” she said, “so in my teaching I try to engage students with my research.”

Boulding’s latest project draws from surveys and data to find out how poverty affects political participation in Latin American countries. Her efforts will culminate in a book that has been five years in the making and will, hopefully, be ready for publishers in the summer of 2017.

In the meantime, she plans to keep up with both a diversified list of hobbies—reading, hiking, cross-country skiing—and her energetic family.

As for her research, she has yet to decide on the next subject she’ll study. She’s hardly at a loss for possibilities, however—like a true professor, she’s already “thinking of ideas for the next big project.”