Associate Professor, Director of the Program on International Development

When it comes to textbooks, Andy Baker is one professor who’s been on both sides of the coin. Not only has he taught from different textbooks throughout his career, he’s also written his own textbook, Shaping the Developing World, which was published in 2014. 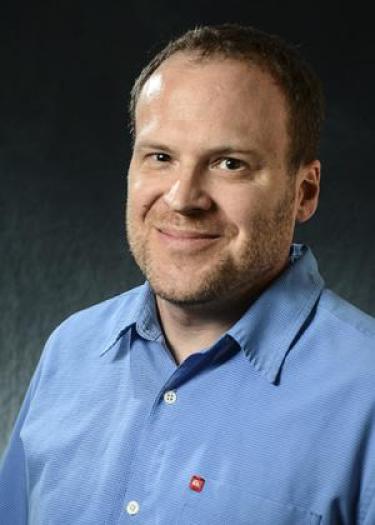 “The book was based on a large interdisciplinary literature about why some countries are rich and some are poor,” said the CU professor. “It was a fun challenge to try and organize that information in a way that would be engaging for undergrads.”

Baker also published a scholarly book, The Market and the Masses in Latin America, in the year 2009. The book pulled from research he did as a PhD student at the University of Wisconsin-Madison.

“I conducted survey research in Brazil,” said Baker. “I was primarily interested in what common Brazilian citizens thought about the country’s transformation towards a more market-oriented economy.”

In the years since he completed his dissertation and earned his PhD, Baker has taught at the University of Houston, Northeastern University, and the University of Colorado Boulder. It was at CU that he got involved with the Program on International Development, which is based at CU’s Institute of Behavioral Science.

“The program existed in previous forms for a while, but it was renamed a year ago,” he said. “We’re a group of social scientists from different disciplines that are brought together by a common interest in issues of underdevelopment worldwide.”

The program is made up of CU faculty members who examine important issues in less-developed countries such as material welfare, regime change, democratization, and political violence.

“We try and pursue outside funding and grant opportunities that will enable us to study these topics,” Baker said. “We also bring in outside speakers and other experts on these topics, and we have a workshop where members present a draft of a paper and we give feedback on it.”

Baker has been involved with the program since 2008, and took on the director position this past summer.

“I’d like to turn the program into one that’s well-known around the university and community, and one that’s successful in bringing in resources for CU,” he said. He looks forward to going after external funds in the near future, which he calls a ‘win-win situation.’

“The money enables us to collect new data,” he said, “and it’s exciting because the money that comes into CU benefits everyone around campus, from undergrads up to administration.”