Who is Craig Joy 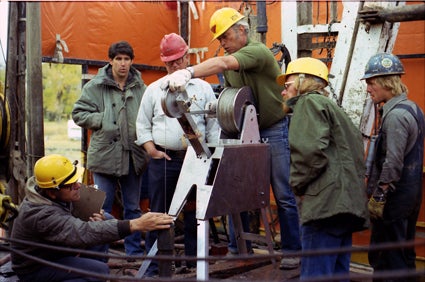 The more interesting story is not –who- but how- Craig became an instrument maker and instructor in the Physics Trades Teaching Lab. Craig has a scientific back round with a degree in geology from the University of Montana and spent several years in the wilds of Wyoming (Left) working as a groundwater hydrologist for the U.S. Geological Survey. His interest in instrument building started in the U.S.G.S. as they were constantly modifying their instruments to make them more dependable or to preform new types of data collection.

The first instrument he modified was called an “iron horse” (Right). The instrument is used to measure the water level in wells where the water level surface was 300 to 1000ft. below ground level. Deep wells have lots of dissolved ions in the water and this was used to make an electrical circuit. This technique did not work well because of two problems; the resistance of 1000 ft. of wire and the layer of oil that sometimes floats on the surface of the water. Craig added a battery pack to the iron horse to overcome both these problems and started getting good water level readings. 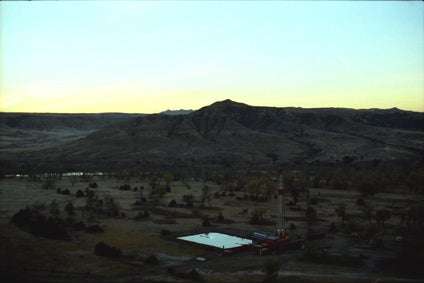 He decided to make instrument building a career but lacked the engineering knowledge and mechanical skills to achieve this goal. Craig moved to Bozeman, Montana where he worked on a master degree in mechanical engineering at Montana State University during the day and worked in the evening for a small tool manufacturing company as an apprentice machinist.

After four years he became a journeyman machinist and went to work full time managing the production of the manufacturer’s line of orthopedic knee surgery tools (Below).

Craig returned to the Front Range area when a job opportunity landed him in Longmont, Colorado as Production Manager for a hand tool manufacturer. He designed and produced the company’s product line of automotive and welding hand tools. Craig joined the local chapter of the Society of Manufacturing Engineers and work his way through the chapters officers becoming Chapter Chairman in 1992). A year earlier He had taken the SME exams and became a Certified Manufacturing Engineer in 1991.

The start of the new millennium was also a new start for Craig as he became an instrument maker for the Cooperative Institute for Research in Environmental Studies (CIRES) at the University of Colorado in Boulder, Colorado. He helped faculty and graduate students to design and build instruments to accomplish their research goals.(Picture 4.) 3-D models of the instruments were designed in Solidworks CAD software and toolpaths for generating the machined components were done in MasterCam computer aided manufacturing software. Components were manufactured on 2 or 3 axis CNC vertical milling machines, 2 axis CNC lathes, and a 3 axis CNC wire EDM machine. He also enjoyed teaching faculty and graduate students the basics of machining on the lathe and milling machine set aside for their use. But a decision was make to shut down the student shop area. In 2011 Craig moved across campus to build instruments for the Physics Precision Instrument Shop and teach faculty and students in the Physics Trades Teaching Lab.