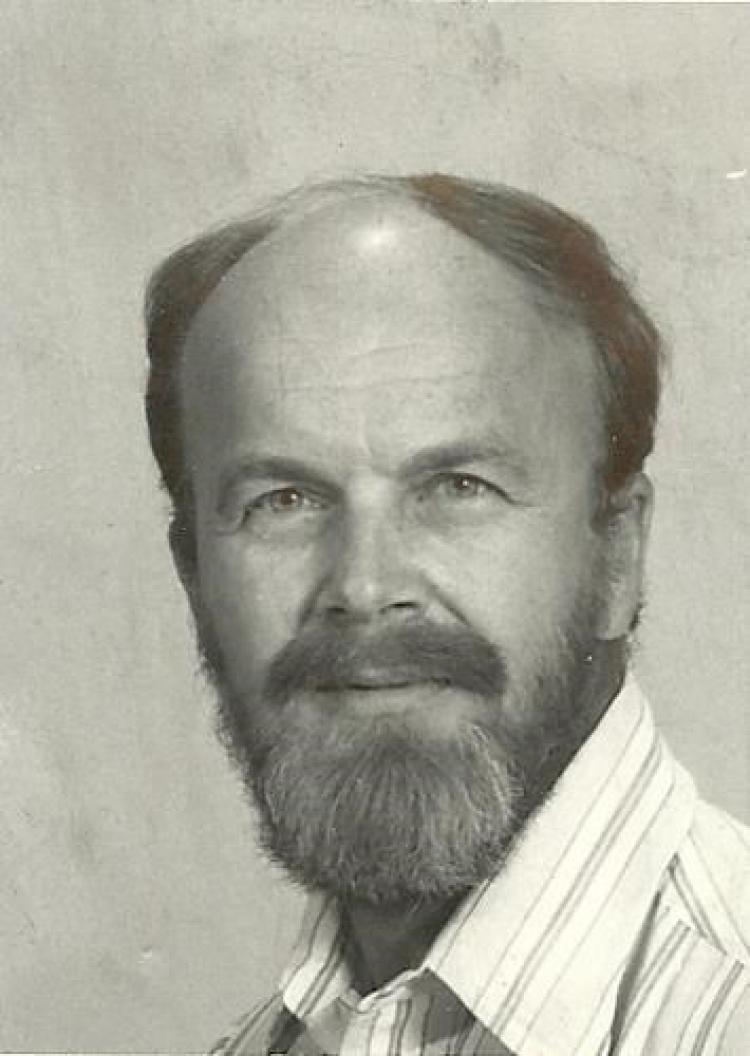 Physics Emeritus Professor Robert A. Ristinen passed away on September 10, 2021, at his home in Boulder at the age of 87.

Bob grew up in the small town of Menahga, Minnesota, hunting, fishing, and trapping. Among other endeavors, he learned to repair automobiles and farm equipment, and became an experienced electrician, wiring local farms with newly available electricity. He enlisted in the U.S. Army and served with a Field Artillery Battalion in Germany and Bavaria, and returned to earn a Bachelor of Physics degree from the University of Minnesota in 1959.

Bob received his M.S. degree in 1961 and a PhD in nuclear physics in 1962 from the University of Colorado. His PhD supervisor was Albert A. Bartlett; he was Al’s first PhD student. After post-doctoral work at Brookhaven National Laboratory, he was invited back to Boulder in 1966 as a visiting professor. This evolved into a tenured position with the nuclear physics group, led by professors David A. Lind and Jack J. Kraushaar, at the CU cyclotron laboratory. At the time, it was the only building on what would become CU's East Campus.

During Bob’s post-doctoral time at Brookhaven National Laboratory on Long Island, he worked to develop solid state devices for detection of nuclear decay processes. He continued this work with the Nuclear Physics Lab at CU, building silicon and germanium detectors for the lab, which were not yet commercially available. Bob and his students developed, built, and tested the focal plane system for the cyclotron, measuring an optimal resolution which was best among research cyclotrons at the time. While refining the measurement of the cyclotron resolution, he was part of the group's experimental program, studying interactions of accelerated protons, deuterium, 3He and alpha particles in larger nuclei. All of this work reflected Bob’s skill and ingenuity.

Beginning in the mid-1970s, he was also part of a CU nuclear physics group conducting a parallel research program at LAMPF in Los Alamos, NM, using secondary pion beams from the linear proton accelerator to study pion-induced interactions and resonances in nuclei.  On these 'suitcase physics' trips, Bob was known for his penchant for ice cream shops, and for what he called shortcuts on the 8-hour drive between the labs, which sometimes led to narrow dirt roads and the fordings of small streams. His oft-repeated phrase was "This is what rentals are for."

Beginning in the 1990s, he was part of the CHAOS collaboration at TRIUMF, participating in the development and commissioning of a concentric set of wire chambers and scintillators between the poles of a 1.6T magnet, used to study pion interactions in polarized nuclear targets at the magnet center.

He was later part of CU's group within the HERMES collaboration, assisting in the design, construction, and installation of the front tracking chambers at the DESY Laboratory in Hamburg, Germany, to study quark contributions to nucleon spin. During this period Bob was also CU's Nuclear Physics Lab director. Over the years, he also served terms as Chair of the University’s Radiation Safety Committee and as Chair of the University Energy Conservation Committee.

Before his retirement, Bob was an early member of the large cosmic ray international Pierre Auger Observatory collaboration, working with CU's team prototyping thermal properties of water Cherenkov detectors, and developing equipment and techniques for the absolute calibration of the Observatory's large aperture optical telescopes.

Bob was an excellent teacher. As Jerry Leigh recalls “Bob was one of the most popular lab instructors in the department, if not the most.” In 1970 Bob published a well-known article in the American Journal of Physics describing a simplified Muon Lifetime Experiment. Many physics departments have used this article to develop the muon lifetime experiment in their advanced labs.

In 1984, Bob and Jack Kraushaar co-authored the popular textbook "Energy and Problems of a Technical Society", based on a course they developed and taught in the physics department. New editions were released in 1999 and again in 2005 titled "Energy and the Environment," perhaps the first time these words were coupled.  A revision was published in 2015, and in 2020 Bob participated in manuscript preparation for a 4th edition, to be published posthumously in 2021. The Energy and Environment course is still taught in the CU Physics Department.

Tom DeGrand remembers Bob as a great colleague. Tom notes that “Bob was always positive, calm, cheerful, thoughtful, practical, he never puffed himself up--I always liked talking with him.” John Cumalat remembers Bob as an excellent and clever experimenter and an outstanding lab instructor. When working with Bob you had a good feeling that things were going to work out. It was a major loss to the department’s culture when he retired in 2001. Allan Franklin remembers Bob simply as “one of the good guys.” Ed Kinney notes that “Bob was incredibly supportive, a great mentor for junior faculty and a great colleague to work with.”

Bob is survived by his wive Elvah, their two sons, Keith and Kurt; granddaughters Kimberly and Amber; great grandson Harrison, and sister Kathleen Ristinen Jonas. No services will be held. The family requests donations to Amnesty International USA or your local Public  Broadcasting service in lieu of flowers.