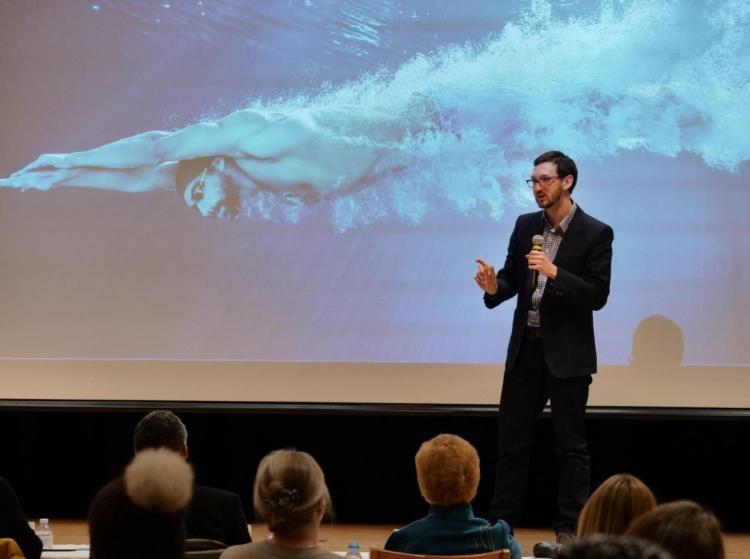 Orjuela-Koop's Thesis, "Michael Phelps and the Early Universe" was presented using only one powerpoint slide, which was an image of Michael Phelps swimming. His presentation earned the People's Choice Award by a popular audience vote.

Orjuela-Koop said his 3 Minute Thesis naturally arose from his current research in high-energy nuclear, "We collide gold atoms at nearly the speed of light at Brookhaven National Lab, reaching temperatures at which ordinary matter becomes a liquid of quarks and gluons (the technical name is 'quark-gluon plasma'). This liquid has very peculiar properties. Namely, it has an extremely low viscosity (the lowest of any liquid in nature), yet certain kinds of particles lose substantial amounts of energy when going through it," Orjuela-Koop said. "In order to present this in three minutes, I came up with an analogy, comparing Michael Phelps to a heavy subatomic particle 'swimming' through the liquid. This was meant to provide a clear mental picture to which a general audience could relate."

Check out the video of Javier Ojruela-Koop's 3MT lecture below.