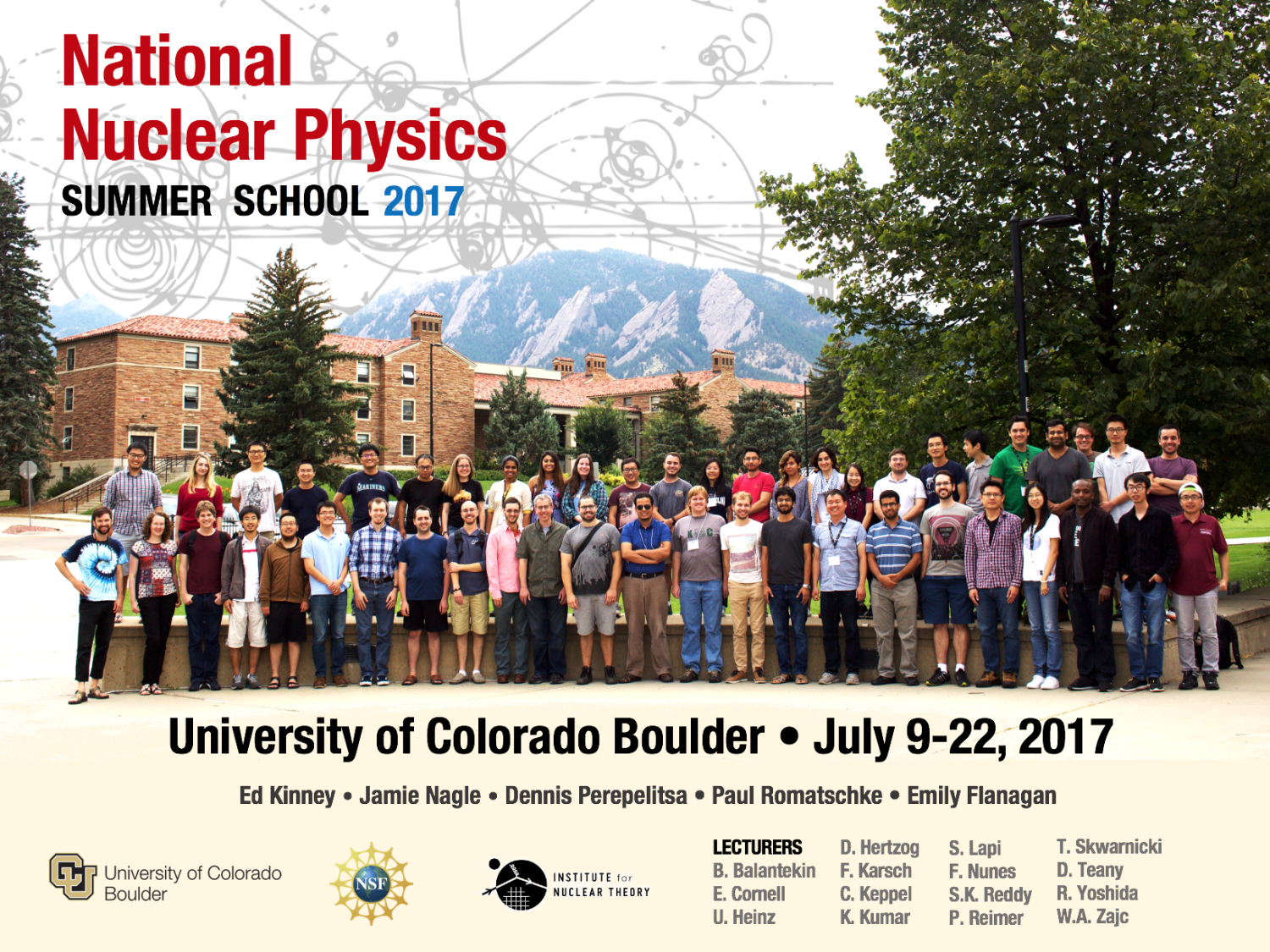 The University of Colorado Boulder hosted the National Nuclear Physics Summer School on campus from July 9-22, 2017. This is an annual two-week series of lectures for graduate students and postdoctoral research scientists in nuclear physics, and is funded by the National Science Foundation. Each summer the school is in a different location, and this year the University of Colorado Boulder nuclear physics group, consisting of Professors Ed Kinney, Jamie Nagle, Dennis Perepelitsa, and Paul Romatschke, applied and were selected to host the school. The school was expertly coordinated by Emily Flanagan of the Physics Department.

The school hosted 50 students from all over the country and even the world - from as far away as Chile, Germany, Israel, the Netherlands, and Armenia, along with 15 lecturers drawn from nuclear physics experts all over the country. Lecture topics covered all areas of nuclear physics from nuclear medicine to neutron star physics, stockpile stewardship, the science of fundamental particles, and more. The nuclear physics faculty at the University of Colorado Boulder study the sub-atomic structure of the proton and the properties of matter that existed at the ultra-high temperatures in the earliest stages of the Universe. Their research is supported by the U.S. Department of Energy and the National Science Foundation. These topics were a particular highlight and area of discussion between students and lecturers.

Every year, approximately 100 Ph.D.s in the United States are awarded in nuclear physics. For these 50 students, the school represents a vibrant way to explore the broad program of nuclear physics research in our country, and learn about the research conducted in the Physics Department here in Boulder.