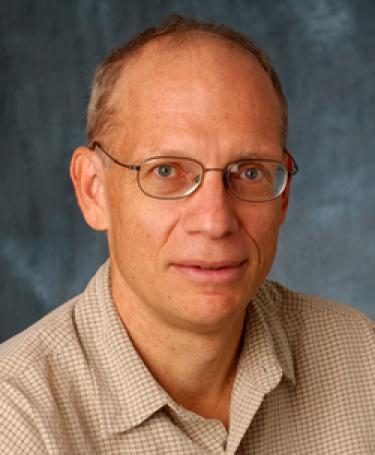 Professor Wahr was the first geophysicist to join the Department of Physics at CU-Boulder. He joined the department as an Assistant Professor in 1983, built the Geophysics Group within the Department, and had a highly distinguished career. He was also a Fellow of the Cooperative Institute for Research in Environmental Sciences. John entered semi-retirement (retiring only from departmental duties) and became a Research Professor in 2013 after having taught for 30 years. John received his B.S. degree from the University of Michigan and his PhD degree from CU-Boulder and then held a post-doctoral position at the Geophysical Fluid Dynamics Laboratory at Princeton University before being called back to CU-Boulder as a faculty member in 1983.

Professor Wahr is a world-renowned scientist who made seminal contributions to many areas of geophysics and geodesy. In his early research career, John was successful at developing the theoretical framework to understand the effects of the Earth’s interior structure as well as atmospheric and oceanic mass distributions on the Earth’s rotation, tides, wobble and nutation. Later in his career, and even more prominently, he worked on determining the effects of large-scale deglaciation on the Earth’s surface vertical motions, sea-level changes, and the Earth’s gravity field. In each of these research areas, he made groundbreaking contributions. His models of Earth’s tides and nutation served as international standards for nearly 20 years.

In the last two decades, Professor Wahr devoted most of his research efforts to developing tools and models to observe and analyze the time-variations in the Earth’s gravity field as observed from space. This has led to pioneering advances in a broad range of disciplines, including hydrology, glaciology, oceanography, meteorology, and solid-Earth geophysics. He was one of the principal intellectual forces behind NASA’s highly successful satellite gravity mission, GRACE (Gravity Recovery and Climate Experiment). Using GRACE gravity data, John and his collaborators quantified the mass loss in Greenland and Antarctica since 2002 due to ice melting. He also examined seasonal and secular variations in ocean mass and terrestrial water storage on both global and basin scales. These innovations opened up entirely new avenues to observe and study mass movements in the shallow subsurface of the Earth on different time and spatial scales. These advances not only directly impact Earth science but also have profound societal significance.

Professor Wahr’s research received wide recognition and acclaim. He won two major awards from the American Geophysical Union: the James B. Macelwane Award and the Charles A. Whitten Award in 1985 and 2006, respectively. He also received the Vening Meinesz Medal from the European Geosciences Union in 2004, was awarded the Guy Bomford Prize for Geodetic Research from the International Association of Geodesy in 1983, and was inducted into the US National Academy of Sciences in 2012. Professor Wahr’s research excellence was acknowledged locally by his being named a Professor of Distinction by the College of Arts and Sciences at CU-Boulder in 2012. Moreover, John was simply a great colleague in the Physics Department and within the national and international geophysical communities. He was unselfish, modest and collegial. He was always willing to help junior colleagues at the university and elsewhere.

Professor Wahr was a dedicated teacher and mentor: always caring, patient, and insightfully helpful with his students, collaborators, and colleagues. He taught Physics at CU-Boulder for 30 years, from introductory undergraduate physics to advanced graduate physics and geophysics courses. He has advised nearly 30 PhD and post-doctoral scholars; many of whom, following his example, remain active in teaching and geophysical research.

In addition to his outstanding research career, John was an avid outdoorsman, strong athlete, and devoted family man. He was often found hiking with his family and his solo hikes and bike rides were legendary. To clear his head he would take the bus to Nederland and walk back to Boulder. One of his favorite solo outdoor activities involved a week in the backcountry of Yellowstone: long days covered on cross-country skis and then winter camping in snow caves of his own construction. John was a baseball fan, first of his hometown team the Detroit Tigers but he adopted the Colorado Rockies after they formed in Denver, and would regularly attend Rockies games with his family. He was an accomplished musician with a fine singing voice, and a particular love of opera.

John was an intensely humble and private man who, nevertheless, had an enormous impact on people around him that extended well beyond the scientific insights that he shared with and inspired in others. He was respected and well liked by essentially everyone who came into contact with him.

Professor Wahr is survived by his dear wife Ann Wahr, by his daughter Katie Wahr, an elementary school teacher, of Boulder and son Andrew Wahr, a civil engineer, of Milwaukee, Wisconsin, and by his sister Jan Wahr and father John Wahr, both of Boulder.

John requested that no services be held on his behalf. However, condolences can be shared with John’s family on the “Messages” page of the web site commemorating his life, which was constructed by his son at johnwahr.com.