The Neuromechanics Lab is located in the Engineering Center in the Department of Mechanical Engineering.

An Interactive Motion Technologies (IMT) InMotion2 Shoulder-Elbow robot is available for simulating dynamic environments during reaching movements. Robot encoders measure endpoint position and velocity and can deliver programmable state-dependent forces up to 40N. Visual feedback is presented via a virtual reality display system. A 6-axis force transducer in the robot handle measures 3-D forces and torques. A grasp sensor is interchangeable with the removable robot handle, which measures grasp forces exerted by the subject and enables integration of subject grasping into robot operations. The system comes with two 16-channel A/D boards for additional analog inputs. The robot is mounted upon a height-adjustable, industrial strength worktable. An AMTI forceplate is mounted on the ground directly in front of the robot. This enables the measurement and display of ground reaction forces, and center of pressure, as standing subjects interact with the robot.

A Kinarm End-Point Lab bimanual robotic manipulandum is also available to simulate dynamic environments during reaching movements. The Kinarm End-Point robot is a stiff, graspable robot that can create highly complex mechanical environments. High-resolution secondary encoders and force/torque sensors provide outstanding feedback signals. Handle is exchangeable for grip force studies. The Lab was designed to be bilateral, ensuring simultaneous control of both KINARM End-Point robots which is essential for comparison of inter-arm performance and the study of bimanual coordination. 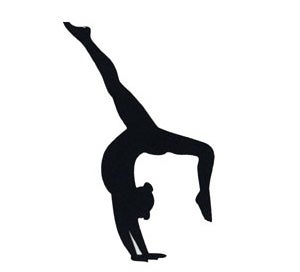