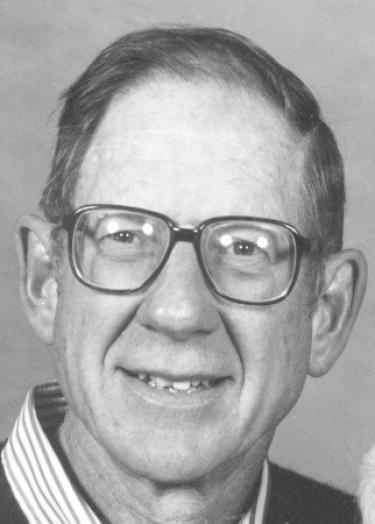 William Egbert (Bill) Briggs died at age 73 after battling cancer for two years.  He served in the U.S. Army Signal Corps during World War II (1943-46) in Japan and the Philippines.  Returning to the U.S., he completed the B.A. at Morningside College in his hometown Sioux City and married Muriel Lambert (a Morningside graduate) in 1947.  After completion of an M.A. and Ph.D. from the University of Colorado, Boulder (UCB), he taught mathematics at Baseline Junior High in Boulder for one year and then joined the UCB mathematics faculty as an instructor.  In 1964 he was promoted to the rank of Professor and appointed Dean of the College of Arts and Sciences, a position he held until 1980 when he returned to full-time teaching in the Mathematics Department.  In AY 1961-62 he was an NSF Faculty Fellow at University Colege, London.  During his tenure as Dean, Bill helped the University weather the tumultuous years of the 1960's and 1970's and a growth period in which student enrollment doubled.  A long-time friend and coleague, Herb Eldridge in English at CU-Denver, described Briggs' role (Silver and Gold, Jan 14, 1999) as Dean: He "treated his faculty as the professionals they are.  He never thought of himself as above the faculty, but rather a senior faculty member doing an administrative job."  Bill's earliest mathematical interests lay in analytic number theory; later he turned to applications of mathematics in biology.  With a distinguished career as an educator for nearly 40 years at UCB, he became a Professor Emeritus in 1988.  Morningside College bestowed on Dean Briggs an Honorary Doctor of Science in 1968 and posthumously their Distinguished Alumni Award in 1999.  In 1980 he received the Robert L. Stearns award from the UCB Alumni Association and the University Medal from the CU Board of Regents.  Bill excelled in many sports: basketball (college varsity), bicycling, golf and skiing.  He used his pleasant baritone voice for singing (50 years at First Congregational Church choir and in independent groups) and as a volunteer reader for the Radio Reading Service of the Rockies and for Recording for the Blind.  He served on the board of directors of several professional and civic organizations including the Colorado Music Festival and the Boulder Bach Festival.  Bill Briggs will be remembered for his many gifts and contributions to the world; by this writer he is remembered especially for the courage to live to the fullest of his abilities until the end.