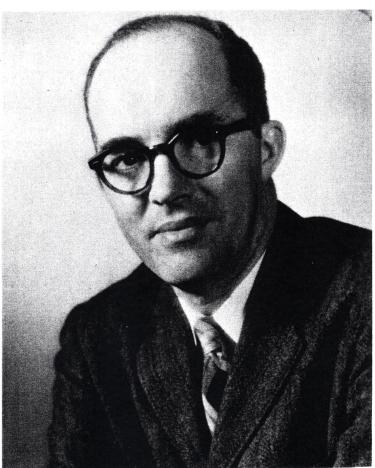 Robert Whitcomb Ellingwood, a member of the mathematics faculty at the University of Colorado from 1952 until 1997, died on May 22, 2012 in Boulder at the age of 94. He was born in Colorado Springs on May 16, 1918. In addition to being on the university faculty, Bob was a well-known Colorado historian and a mountaineer. He earned a B.S. degree in Mathematics and Engineering from Northwestern University and an M.S. degree in Geology from the University of Illinois. At the age of 15 Bob climbed Long's Peak with his father, a pioneer in Colorado mountaineering. Before becoming a Colorado resident, he spent summers surveying Colorado land, studying geology at Colorado College, exploring mountain towns, working as a tour guide in Colorado Springs, driving tour buses up Pikes Peak and helping park rangers find lost hikers.

Bob taught geology at CSU for two years before moving to Boulder. At CU his first work was designing astronomical equipment for Walter Roberts’ High Altitude Observatory funded by Harvard University. In 1952 he began a 45-year career of teaching mathematics at the University of Colorado at Boulder, initially in the Engineering School Applied Mathematics Department and later in the College of Arts and Sciences Mathematics Department. He served as Marshal in over 75 commencements and as the Artist Series House Manager for more than 15 years. He sang with the University Festival Chorus (1952 – mid 1980s), served as their business manager and then sang with the Denver Symphony Chorus from 1955 to 1956.

Ellingwood's avocation in geology continued throughout his career as he led geology field trips for the Colorado Mountain Club (served as president from 1955-1956), led CU math conference guests on tours of the mountains, and was a member since 1953 of the Pike's Peak AdAmAn Club. He made at least 22 grueling winter climbs with the club. He enjoyed serving as the Firemaster who supervised the midnight New Years's Eve fireworks display from the 14,110ft summit of Pike's Peak. Since retiring in 1997, Bob continued serving the Boulder community by giving lectures at local retirement homes. His topics covered the history of Boulder, CU, narrow-gauge railroads in Colorado, mountaineering adventures, the naming of the Fourteeners, and entertainment experiences. He also recorded eight oral history videos for the Boulder Public Library, which can be accessed online. When the American Mountaineering Museum opened in 2008, Bob was an enthusiastic supporter. He donated his father's mountaineering diaries, pictures, and climbing gear to the museum and collaborated for several years, sharing information with author Jeff Arnold for his 2010 publication, Albert Ellingwood: Scholar of Summits.